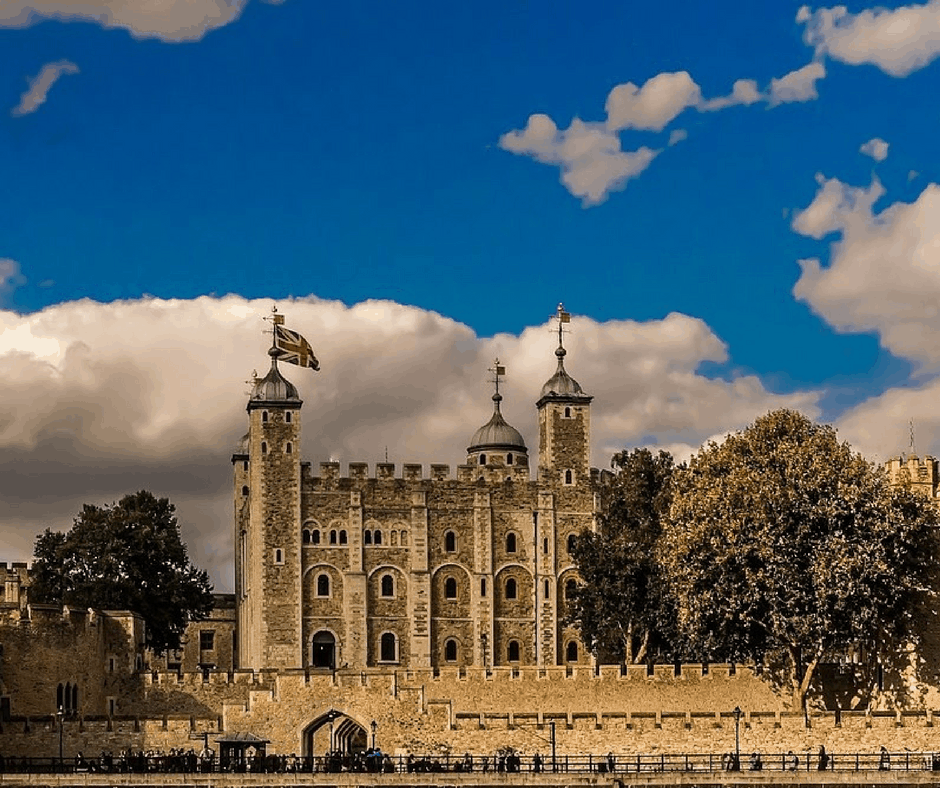 I love dishing with travel bloggers about their experiences:  which spot lived up to the hype, which was a total bust, and which spots were even better than they imagined. Below, travel bloggers share their favorite historic places, the ones that inspired and delighted beyond their expectations. Then I list a few of my own favorite spots, and I hope you share your own as well!

From Albert & Carrie of Backpacking with the Bonds

Mt. Nebo, located just north of Madaba, Jordan is of immense historical and geographical significance.  It also happens to be one of my favorite sites in the world.  Historically, Mt. Nebo is the location of where Moses (the prophet) was granted a view of the Promised Land after fleeing Egypt as recorded in the Bible and the location of his death.  Geographically, the site is situated high atop a ridge with sweeping views of the Jordan Valley including the Dead Sea, Jordan River, the city of Jericho (one of the oldest continuously inhabited cities in the world-11,000 years and counting) in the West Bank, and, on a clear day Jerusalem.  Viewing these historically important places from the same vantage point as Moses cannot be underestimated.

See also
17 Houses of Famous Authors You Can Visit in Real Life!

Mt. Nebo ranks as one of my favorite sites because of the many trips I took there during my two years living and working in Madaba as a Peace Corps Volunteer.  It was during these trips with friends, family, and the community’s youth that I began to develop an appreciation for Mt. Nebo. If you have the chance to visit- considering watching a sunset from Mt. Nebo might be one of the coolest experiences.

For more on Madaba, including where to stay and eat check out the Jordan road trip tips!

The Great Wall of China

From Claire of Claire’s Footsteps

The Great Wall of China is a must-visit on any China itinerary because of its ancient significance. During the Ming era in the 14th century, it was one of the most important fortifications in China and acted as a border to keep nomadic tribes out of what was then China. The impressive wall spans from Dandong to Lop Lake, roughly following the inner Mongolia province boundary. The actual length of the wall isn’t definitely known; different sources include different barriers and obstacles as parts of the Great Wall, and the length as calculated by different archeological surveys ranges from 8,850 km to 13,171 km.

I find the Great Wall of China to be amazing because of the thought that such a construction could be developed in the medieval ages. Listening to eerie tales about the original builders of the wall – our guide detailed how sometimes people died when building the wall and their bodies were just put between the bricks – and marveling at the wall’s strength and magnificence made this part of my China trip a day I’ll never forget.

For more info, check out this China itinerary.

The Tower of London, England

From Anisa of Two Traveling Texans

The Tower of London is a historic castle founded in the 11th century, making it one of the oldest buildings in London.  To me, it is hard to believe all the history that took place in the Tower of London over the last 1000 years.

See also
The 10 Best US National Parks for Seniors

To really learn the history, I suggest you take a tour led by one of the Yeoman Warders, also known as Beefeaters, who guard the Tower.  They will teach you all about the struggles of past kings and queens, some who were imprisoned and executed here.  Two of Henry VIII’s wives were beheaded at the Tower.  Elizabeth I spent time as a prisoner in the tower and later returned as queen.

My favorite part of the Tower of London though is the Crown Jewels, which are still in use today. You can see the crown that is worn when a monarch is crowned and the one that is worn at the State Opening of Parliament and more.  The Armoury inside the White Tower is also impressive. It was fascinating seeing the armor for many former kings, including Henry VIII.

For more info, check out this post on the Tower of London from my UNESCO World Heritage Sites series.

From Chris of Trip & Trail

The castle of Bojnice in Slovakia ticks every notion that comes in your mind when you hear the word castle even though its life started as a humble wooden fort. Definitely, the turquoise tower–tops and the water trench have a lot to do with but, apart from romance and beauty it also has the history and intrigue every castle should have. I love the fact that the interior is as impressive as its exterior with eloquent windows and massive fairytale bedrooms.

The last private owner—Count Jan Frantisek Palffy is the reason that we are able to admire this renovated monument in all its glory. A man of arts and taste, he had a vital part in the reconstruction by designing a great part of the castle’s new interior and exterior spaces, drawing inspiration from the chateaux of Loire Valley in France. Unfortunately, he died two years before his plans came to completion in 1908. His tomb is in the castle’s dungeons

Today, it is one of the most popular museums in Slovakia, additionally, it hosts several exhibitions, weddings and the popular “Festival of Ghosts and Spooks” which takes place every year. It is definitely worth a visit if you are anywhere near central Slovakia.

From Brigitta of Get Lost in the World

The ruins of ancient Troy can be found in Turkey, 30 kilometers away from Çannakale, at the southern entrance of the Dardanelles.

The city of Çannakale is also worth visiting: not just for the fact that the original Trojan horse used in the movie “Troy” can be found here, but also you can experience the authentic Ottoman culture, architecture and a beautiful view to the Dardanelles strait that connects the Aegean Sea with the sea of Marmara.

The ruins of Troy (Truva in Turkish) are featured in the UNESCO World Heritage List, and are one of the most significant archeological sites in the world.

The first excavations were done in 1870 by the (in)famous Heinrich Schliemann. Though he unintentionally managed to destroy a lot of evidence during his discoveries,  24 excavation campaigns and 140 years later we can say that Troy is of immense significance when it comes to understanding the development of European civilization. The archaeological site of Troy bears witness to civilizations that occupied it for more than 4,000 years.

The most important pieces found during the excavations in Troy are now exhibited in Berlin and in museums across the world. However, the ruins and the site are worth visiting.

The archaeological site can be visited today as it is a museum: wandering around the 9 layers of Troy (all from different centuries) is an unforgettable experience! You can even take pictures with a huge wooden Trojan horse exhibited at the entrance to the museum.

From Yulia of The Foodie Miles

I lived in Sri Lanka for 3 years of my life and loved it to bits, but from time to time I would always feel like escaping from the busy noisy streets of Colombo, from tuk-tuks, from street vendors and all in all from the realities of living in Asia. Galle Fort has always been that perfect place to see a different Sri Lanka and recharge. It is also quite popular among various Sri Lanka tours.

Galle Fort was built while Sri Lanka was a colony of the Portuguese in the 16th century, but reached the height of its development in the 18th century, before the arrival of the British. It has been named a UNESCO World Heritage Site and is considered “the best example of a fortified city built by Europeans in South and South-East Asia, showing the interaction between European architectural styles and South Asian traditions.”

But all these big words aside, the fort is simply a little corner on the island where I can feel European culture: charming narrow streets, paved roads, and colorful houses with balconies covered in plants. One of my favorite things to do is to come to the fort early enough for breakfast and have my eggs-over-easy and coffee with a view of the ocean at Old Dutch Hospital, one of the oldest buildings in Galle turned into a shopping and dining complex.

For more tips about traveling to Sri Lanka, check out How to Eat Like a Sri Lankan

Some of these I’ve seen before, and some are now on my list! For my part, I wholeheartedly recommend checking out the following historic sites:

What historic sites would you recommend?