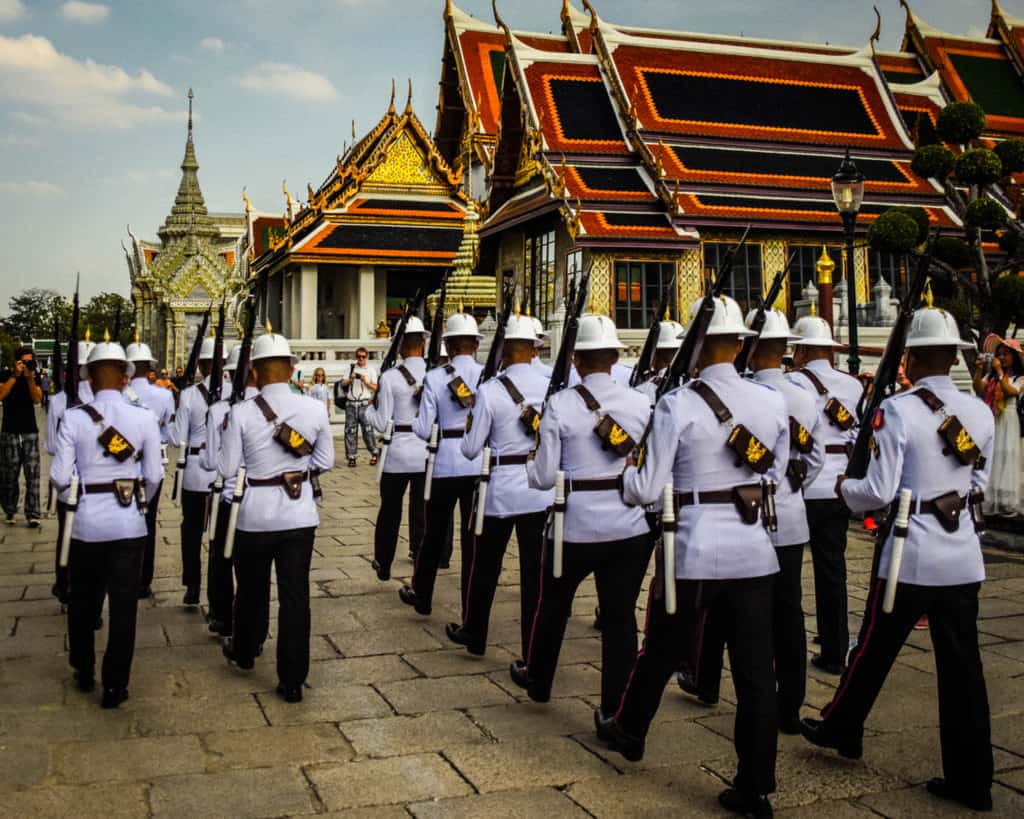 In January I took a solo trip to Southeast Asia, and—somewhat arbitrarily—I decided to make Bangkok, Thailand my first stop. Ever since being entranced by the famed musical The King and I as a kid, I’ve been fascinated with the Kingdom of Siam, and have been cognizant of the push and pull of tradition and colonization that Siam and so many countries have experienced. My guest today to talk about the history of Bangkok and Siam is Charles Kimball of the History of Southeast Asia podcast. Charles and I chat about how Bangkok became the capital of Siam, the role the Chakri Dynasty played in keeping the country independent for centuries, and how history and fiction collide in The King and I.

[bctt tweet=”The history of Thailand is one of war, independence and modernization. Listen to this week’s episode of the #HistoryFangirl #podcast.” username=””]

Charles told me that the Thais were first an ethnic minority in China, eventually moving south to form their own country. But even today there are still 12 million ethnic Thais in China, a population size larger than most countries. As Charles says, you don’t hear about the Thai as a people until around 1000 A.D., and the Thais were actually an ethnic minority in their own country until about 1350 A.D. And when the Thais migrated to their own country, they had cast off much of their Chinese identity, and fully embraced Buddhism. But it wasn’t all smooth going. In the early days there were three capitals, and it wouldn’t be until King Ram Khamhaeng became king that Siam, and Thailand, as we know it would form.

[bctt tweet=”What was the kingdom of Siam like before Bangkok? And how did the country’s embrace of Buddhism shape it? #HistoryFangirl ” username=””]

Like many nations, Siam’s early history is marked by war and battles to stave off invaders. The kingdom was unified in the middle of the 15th century, but through the 16th century, Siam was often locked in a three-way battle with Laos and Burma. It was at the end of the 16th century that Naresuan came to power, and to this day Thais consider him their greatest king because of his campaigns against Burma. And by the middle of the 18th century, Thailand and Burma were waring constantly. As George tells me in this episode, the two countries fought 24 wars in the span of 350 years. And in 1782, after finding their cities laid to waste by war, the Thais moved their capital to Bangkok.

[bctt tweet=”Burma and Thailand spent 350 years fighting 24 wars. And that was just against each other. #HistoryFangirl” username=””]

One of the most fascinating aspects of the Kingdom of Siam and Thailand was how it was able to resist colonization. While many countries in Southeast Asia, like Cambodia and Vietnam, where colonized wholly by foreign powers, for centuries Siam and Thailand has been able to remain independent (though of course, not without foreign influence). Charles chalks it up to the country’s mastery of diplomacy. While many other countries fell under foreign powers, Thailand has always been able to maintain strong relationships with other countries while maintaining control of their land. As Charles says, that makes them the “most successful” country in the region.

[bctt tweet=”How is it that Thailand remained free of colonization while neighboring countries fell under foreign rule? #HistoryFangirl” username=””]

The real history behind The King and I

No discussion of Thai history and royalty would be complete without a look at the Rodgers and Hammerstein musical The King and I. Now the stage play is not well-liked in Thailand, but it is based on the real King Mongkut, and Anna Leonowens. Mongkut had established himself as a reformer with his work in the Buddhist monastery, and asked Leonowens to provide a secular education to his children. Charles points out some other characters that were important to the country as it tried to modernize, heading into the 20th century. Thailand is an amazing place, with a rich history that is all the more remarkable for the way it’s been able to maintain its independence. If you’re interested in visiting Thailand, and want to know the story behind what you find there today, you have to listen to this week’s episode.

[bctt tweet=”Want to know the real history behind The King and I? Listen to this week’s #HistoryFangirl #podcast.” username=””]

Pin This For Your Trip to Thailand 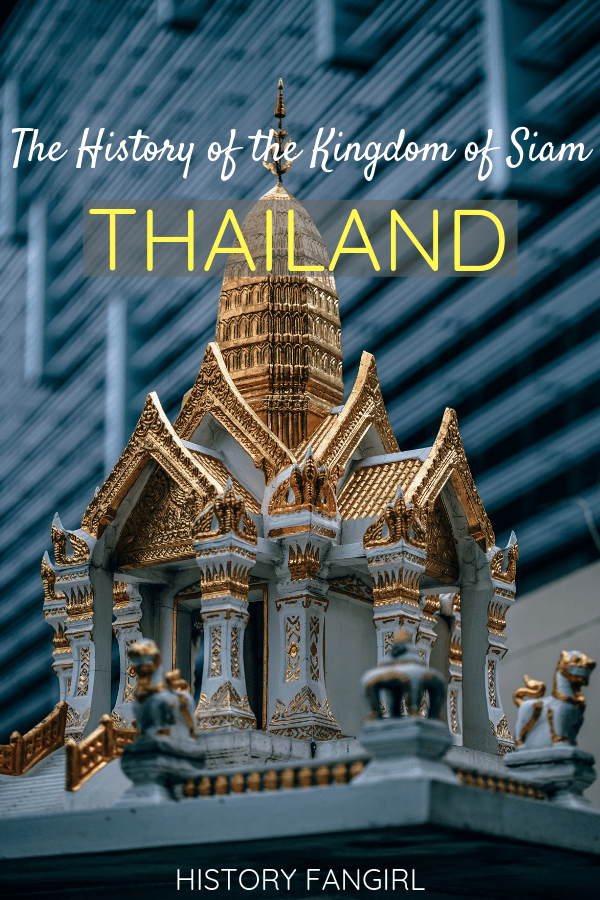