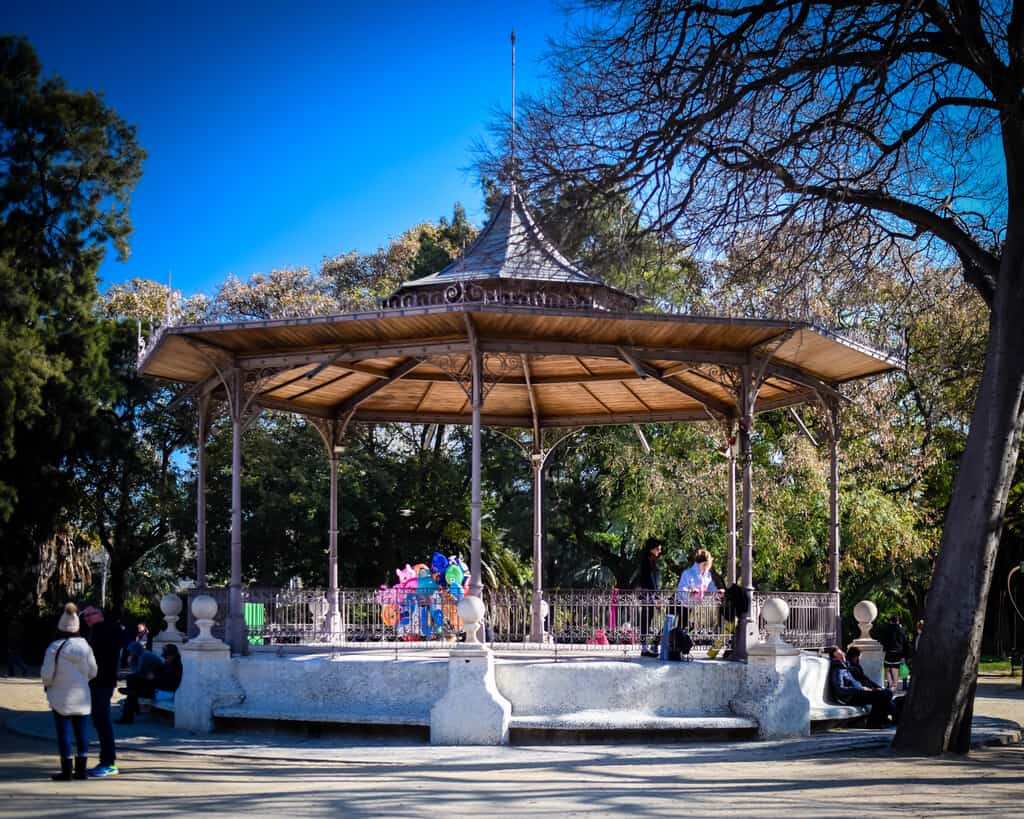 When traveling, or thinking of where to visit to memorialize civil rights events and advances, it’s all too easy for straight people to forget about LGBTQ monuments. That’s partially because of the lack of proper sites memorializing LGBTQ rights. But on today’s episode of the History Fangirl Podcast, I talk with someone who completely changed my perspective on travel. We’re talking with José Ramón Harvey of the travel blog My Normal Gay Life about the Barcelona transsexual monument in Parc de la Ciutadella, how and why it was created, and why it is unfortunately so singular.

As José tells me, Barcelona was actually ahead of the curve of many European cities when it came to gay rights, even if “being ahead of the curve” can still seem so backwards. In the 1970s, for instance, it decriminalized “engaging in homosexual acts,” long before other places took those laws off the books. But in the 1990s, there weren’t many protections for trans people, and in 1991, Sonia Rescalvo, a trans woman, was murdered by six Neo-Nazis because of her gender identity.

Sonia Rescalvo was a trans woman who ran away from home when she was 16, after her family rejected her identity. She was able to work in theater for some time, but as José tells me, she had to resort to prostitution, as many trans people had to, because it was difficult for her to find work. So because of these circumstances, she was sleeping in a park at night, in a bandstand. And during this time, the Olympics were coming to Barcelona, and there was a crackdown on sex workers, making it extra difficult for someone like Sonia. The bandstand became a place where many homosexual and trans people who had been marginalized would meet and sometimes sleep at night. And it was there that six Neo-Nazis brutally attacked Sonia and two of her friends, killing her and badly injuring her friends.

How the monument came to be

In 1993 a gay liberation organization go into the Parc de la Ciutadella and place a plaque near the bandstand where the murder happened. And the authorities allowed it to stay, and for more than a decade, that’s what the monument was. Then in 2011, an official plaque is put in place by the city, and then in 2013, the bandstand is renamed in Sonia’s honor, with a new plaque to ensure visitors understand the significance of the location. The plaque specifically spells out that the bandstand is where Sonia was murdered by Neo-Nazis, and that the city of Barcelona rebukes anyone who would infringe on the rights of someone because of their gender identity.

Other LGBTQ historical sites in Barcelona

Of course, the bandstand is not the only place of historical significance for LGBTQ people in Barcelona, and José walked me through the other sites he visited during his time in the city. This is a really eye-opening episode for me, and as I said José’s approach to travel completely re-oriented my thinking on what to see when I visit a place, and the need to recognize not only LGBTQ historical sites but important people like Sonia, whose lives continue to impact us to this day. I hope you’ll give this episode a listen.

If you have two or three days in Barcelona, you can easily fit in a few of these important sites during your time in the city!

5 Things to Pack for Your Trip to Spain

Along with sunglasses and sunscreen, make sure to pack these:

The Lonely Planet Spain  or Rick Steves Spain guidebook for your trip. It can be hard to find big, international travel guides and travel guidebooks once you land (or they’ll be way overpriced).

Get yours ahead of time, either a hard copy or on a Kindle.

An Unlocked Cell Phone so that you can use a Spanish sim card while here to help navigate public transportation and when you’re on the road.

A Camera since Spain is beautiful! I use a mix of my Sony ZV-1 and my iPhone 12 Pro smartphone these days.

A Backup Charging Bank. This is for your cell phone since you’ll be using it as a camera, GPS, and general travel genie.

A Great Day Bag so you can carry what you need with you (like your camera, snacks, water, sunscreen, cash, etc).

My current favorite is the Pacsafe Citysafe, which is especially great for tourist destinations because it has many anti-theft features designed to deter pickpockets plus RFID technology to keep your credit card digits safe.

It also transitions to a night bag more easily and won’t embarrass you if you go to dinner directly after sightseeing all day.

What to buy in Spain for the best souvenirs.

The best jokes about Spain and Spain puns for Instagram captions.

The best quotes about Barcelona and Barcelona puns for Instagram.

An interview about an important LGBTQ monument in Barcelona.

An itinerary for Madrid for one or two days

The best things to do in Mallorca in winter.

Spain is Included in these Round Ups

11 Stunning Catholic Monasteries Everyone Should See

27 of the Best Wine Countries in the World for Your Bucket List!

Before You Leave for Spain – Don’t Forget Travel Insurance!

Make sure you have a valid Travel Insurance Policy because accidents happen on the road.

I use World Nomads for my long trips to Europe, and I happily recommend them.

It’s especially important to get travel insurance if you’ll be hanging out in cities (like Madrid and Barcelona…ahem) where tourists can be the victims of pickpockets.

I have been a paying customer of World Nomads  as far back as 2016, and I happily recommend them.  If you get sick, injured, or have your stuff stolen, you’ll be happy to have the ability to pay for your medical bills or replace what’s stolen or broken.

Get a Travel Insurance quote for your trip.