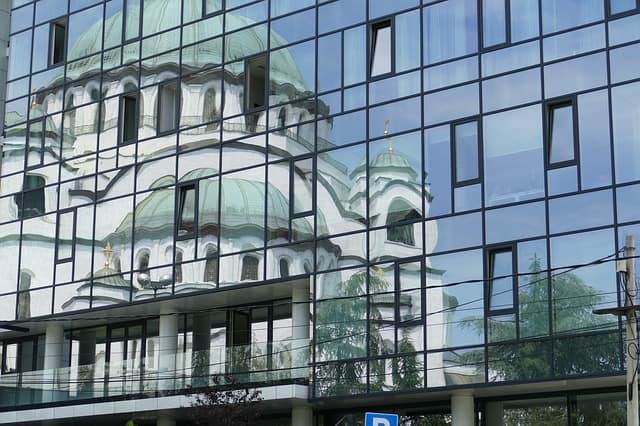 Listen to the Episode “Belgrade:  Rise of the White City”

The former Republic of Yugoslavia, and specifically the city of Belgrade, occupies a dark space in our collective memory. The Civil War that broke out there in the 1990s, and the ethnic cleansing that ensued, serves as a crossroads between the past and what’s going on today. My guest today is Alex Cruikshanks, the host of the History of Yugoslavia podcast, and we talk about the rise of Belgrade, how it went from being a Serbian backwater to the capital of Yugoslavia, how the country managed to do so well under Communist rule, and what happened when everything came crashing down.

[bctt tweet=”How did Belgrade go from Roman fortress to Serbian capital? Listen to the latest #HistoryFangirl to explore this fascinating city’s history and future.” via=”no”]

The beginnings of Belgrade

Belgrade first came to prominence as a fortress city for the Roman Empire. As Alex tells me, it’s position along the Danube meant that the river formed a southern border of the empire, with Belgrade as the fortification of that border. And that would be the case for years no matter what empire took control of the city. Which, of course, is a far cry from the Belgrade today, which stands in the center of Serbia. And because it was a military city, it was falling to warring countries constantly. So that means that up until the Serbian uprising against the Ottomans in 1804, it was actually a sparsely populated city.

[bctt tweet=”Listen to Belgrade: The Rise of the White City on this week’s #HistoryFangirl podcast.” via=”no”]

Alex talked about the different efforts to unify the various people in the Balkans into one Slavic state, though the various groups couldn’t exactly agree on what that looked like, And when Austria annexed Bosnia in 1908, Serbia saw that as taking what belonged to them. In fact, Gavrilo Princip, the man who assassinated Archduke Franz Ferdinand was a member of the Yugoslavist organization Young Bosnia, which was supported by the Black Hand, the secret Serbian military group. Ferdinand’s assassination in Sarajevo led Austria-Hungary to declare war against Serbia, which kickstarted World War I, when each sides allies got involved.

How Yugoslavia created its own version of socialism

While under Communist rule, most Eastern European countries had a state-run economy. But Yugoslavia departed from that a bit, where companies, owned by their employees, ran independently. So it was a kind of market system, but also a spin on socialism, which allowed for things like competition, and allowed for Yugoslavia’s economy to grow in ways other countries’ couldn’t. Politically, Yugoslavia also broke away from the Eastern Bloc in 1948, occupying a middle ground both economically and politically between the United States and the USSR. But of course, as Alex and I discuss, that prosperity doesn’t last, and as we head into the 1980s, Serbia is headed for an ethnic war.

[bctt tweet=”Yugoslavia thrived under Communist rule in part thanks to its unique brand of socialism. Hear all about it on the latest #HistoryFangirl podcast.” via=”no”]

Slobodan Milosevic and a violent turn

The late 1980s and 1990s were a dark time for the city and Yugoslavia in general. As Alex tells me, the infamous Slobodan Milosevic rose to power on a wave of nationalism that he, essentially, adopted to advance his own career. The first province of Yugoslavia to peel away was Slovenia, which Milosevic didn’t fight to keep because the Serbian population was smaller than in other areas. But as we know now, Yugoslavia was coming apart, and the ensuing war is one of the darkest conflicts of our recent history. Alex walks us through what happened as chaos broke out, and what that time means for Serbia and Belgrade today.

Belgrade today feels far removed from this recent past, though you still see glimpses of it. While I was exploring Belgrade, I found a vibrant and fun city. It’s hard to grapple with the fact that one of my favorite cities in the Balkans was the epicenter of violent movements are recently as the beginning of the last decade.

[bctt tweet=”With the violent ’90s in the past, how has Belgrade changed, and become a progressive city in Eastern Europe? #HistoryFangirl” via=”no”] 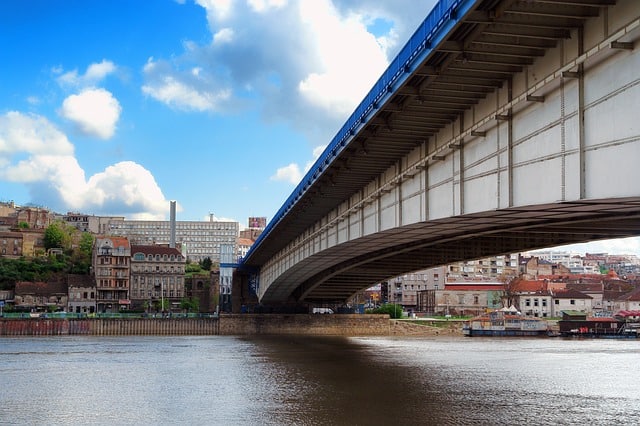 2 thoughts on “Belgrade: The Rise of the White City”