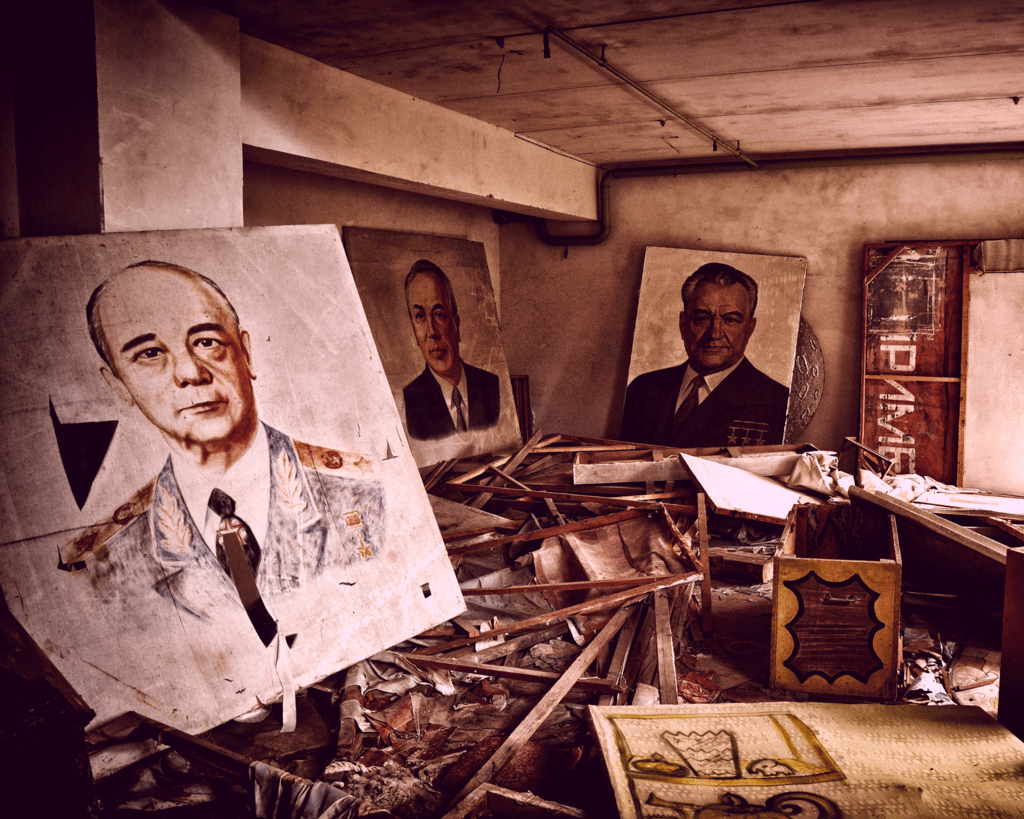 Read next: Chernobyl Today: 30 Pictures that Show What Life is like at Chernobyl Now

The Best Books about Chernobyl

Manual for Survival: A Chernobyl Guide to the Future by Kate Brown

Historian Kate Brown attempts to reconcile post-disaster propaganda with the actual devastation caused by the Chernobyl disaster, and she catalogs the Soviet, post-Soviet Ukraine, and international efforts to minimize the world’s understanding of the true toll of the disaster and its aftermath. She draws parallels with what happened in Japan in 2011, noting that some of the misinformation coming out of Chernobyl directly impacted decisions made about how to handle Fukushima.

If you’re craving a hardnosed look at the disaster and its real impact, this is the book for you. Brown’s interviews and archival research tie together pieces that have not been fully understood until now, shedding light on the full scope of the disaster and the world’s inability to grapple with it, leaving us open to repeat Chernboyl’s mistakes.

>>See Manual for Survival: A Chernobyl Guide to the Future on Amazon<<

Chernobyl: Confessions of a Reporter by Igor Kostin

Igor Kostin was a reporter on the ground during the Chernobyl disaster, and he took the first documented photograph from the aftermath. He continued to photograph and document this story over the next twenty years, exposing himself to high levels of radiation in the process.

Chernobyl: Confessions of a Reporter is the first released collection of Kostin’s photographs that span the disaster along with his work from the next two decades. The work not only shows what it was like to be there in the days following the incident, but what the lives and work looked like for those affected and for those working to clean it up.

>>See Chernobyl: Confessions of a Reporter on Amazon<<

Midnight in Chernobyl: The Untold Story of the World’s Greatest Nuclear Disaster by Adam Higginbotham

Through his reporting, Higginbotham pieces together the full story, breaking down the history of the Chernobyl disaster. He shows how it lead to the bankruptcy of the Soviet Union and how it cemented an international image of Soviet life as one of near post-apocalyptic decay and abandonment.

He accounts for the events leading up to the disaster and what happened after, telling the story in a way that has been nearly impossible until now. He also shows how it fits into the overall picture of Soviet life, one that included secret police, controlled travel, food shortages, and breadlines, all in the shadow of a dying empire.

See also
What happened at Chernobyl?

>>See Midnight in Chernobyl: The Untold Story of the World’s Greatest Nuclear Disaster on Amazon<<

Visit Sunny Chernobyl: And Other Adventures in the World’s Most Polluted Places by Andrew Blackwell

If you’re a fan of dark tourism, urban exploration, or Red tourism, then you need to pick up a copy of this book. In Visit Sunny Chernobyl, Blackwell practically invents a new branch of dark tourism – pollution tourism. He visits some of the most polluted places on the planet, grappling with how to love the planet even in the places where we have done the most destruction.

Part travelogue, part guidebook, and part environmental manifesto, the book comes off as surprisingly unpreachy and in love with the world, even at its worst. Yet he also takes us to places we may not dare to venture ourselves, shedding light on places that rarely make the travel brochure.

>>See Visit Sunny Chernobyl: And Other Adventures in the World’s Most Polluted Places on Amazon<<

Voices from Chernobyl: The Oral History of a Nuclear Disaster by Svetlana Alexievich

If you’re looking for a book about Chernobyl written by a Novel Laureate, then this is the book for you. Svetlana Alexievich won the Nobel Prize for Literature in 2015, based on her “polyphonic writings, a monument to suffering and courage in our time.”

Her works are novels, written as monologues based on real-life interviews she has conducted. In Voices from Chernobyl, she does what she does best, exposing the dark forces that tried to cover up the disaster and countering them with the real voices of the disaster’s victims.

>>See Voices from Chernobyl: The Oral History of a Nuclear Disaster on Amazon<<

All That Is Solid Melts into Air by Darragh McKeon

If you’re looking for an epic, sweeping historical novel about Chernobyl, then grab All That Is Solid Melts into Air. Tying together the lives of characters from Ukraine all the way to Moscow, it portrays the waning days of the Soviet Empire through the eyes of those affected by Chernobyl and the collapse of the USSR.

See also
The History of Kiev

Each character is woven into the overall tapestry of the novel, yet each has the dignity of being a full person within the world of the novel. We are introduced to a multitude of personalities, voices, and stories, which all come together to explore one of the most significant events of the twentieth century.

>>See All That Is Solid Melts into Air on Amazon<<

If you’re interested in touring Chernobyl, then you need this travelogue from Murray’s trips to the disaster zone. He explores the events of the disaster and the history of the USSR at the time through the physical places he visits in Chernobyl today. This is a must-read for anyone planning a visit, but if you can’t make your way to Ukraine this is almost as good as visiting in person.

If you’ve heard rumors about (or watched full-fledged documentaries on) the recovery of the wildlife within the Chernobyl Exclusion Zone, you may be intrigued to learn even more about how this supposed dead zone has worked on its own recovery.

While there are many examples of wildlife recovering without the intervention of mankind, these plants and animals are still victims of the current levels of radiation. What does this mean for them, their health, and the future of the Exclusion Zone?

Chernobyl: The History of a Nuclear Catastrophe by Serhii Plokhy

Plokhy also ties this in with our modern, yet haphazard nuclear industry, and the likelihood that when the next nuclear accident strikes we will repeat many of the past mistakes.

>>See Chernobyl: The History of a Nuclear Catastrophe on Amazon<<

If you’re looking for a mystery or thriller that uses Chernobyl as its backdrop, check out Wolves Eat Dogs. The fifth book in the Arkady Renko thriller series, it brings Renko into the world of Russian oligarchs to solve the case of the mysterious death of a Russian billionaire.
His work on the case brings him to the Chernobyl Exclusion Zone, and the criminal underworld he finds residing here makes for a great thriller while also highlighting what Chernobyl is like when left to just the worst among us.
>>See Wolves Eat Dogs on Amazon<<

Leatherbarrow attempts to paint a comprehensive picture of the aftermath of the Chernobyl disaster, working to strip away both the coverup and the conflicting exaggerations the ensued. Woven in is the author’s story of his own visit to Pripyat and Chernobyl.

If you’re looking for a single, easy to comprehend narrative of the entire disaster, this is a great place to begin your work to understand exactly what happened the morning of April 16th, 1986, and just how everything got so out of control afterward.

If you’re intrigued by nuclear science and longing for an exact account of all of the great power’s failures when it comes to nuclear safety, then this is the book for you. Wrapped in a sardonic sense of humor, Herzog recounts nuclear accidents, blunders, near-misses, and forgotten disasters. It’s enough to make you want to climb under your school desk and wait for it to all be over.

See also
Chernobyl Tours: 10 Things to Know Before You Tour Pripyat and Chernobyl

If you’ve ever wondered if there were nukes designed to destroy astronauts, whether nuclear material was ever unknowingly implanted in patients, or if there were ever any nuclear bombs dropped by accident, this is the book for you. Though the answers might keep you up at night.

A History of Civilization in 50 Disasters by Gale Eaton

If you want a dark yet hopeful look at the Chernobyl disaster, check out A History of Civilization in 50 Disasters. Showing how living on the brink of disaster is a part of the human experience, Eaton chronicles the world’s worst disasters, showing how they are linked and as important to mankind’s ingenuity as its successes have been.

Eaton brings new interpretations to disasters that you’re well aware of, but he also discusses disasters that you’ve never heard of before. If you’ve ever wondered how humanity has survived until the present, you will most likely continue to wonder that, as Eaton careens from disaster to disaster, reminding us that no one who is a part of a civilization is ever that far from one.

>>See A History of Civilization in 50 Disasters on Amazon<<

Are you interested in the history of the Chernobyl disaster? Check out my photo essay about Chernobyl Today and my podcast episode on What happened at Chernobyl?

If you’re curious about traveling to see Chernobyl, here’s everything you need to know before booking a Chernobyl tour. Here are some quick tips:

If you’re headed to Ukraine, check out my complete Ukraine packing list so you know what to bring with you. You should also listen to my podcast episode The History of Kiev.

If this is your first time visiting a post-Communist country, check out this interview Red Tourism: the Ethics and Etiquette of Visiting Communist Sites.

If you’re headed to Ukraine, it’s a good idea to make sure you have a valid Travel Insurance Policy because accidents happen on the road. I pay for World Nomads, and I happily recommend them. It’s an especially good idea to get travel insurance if you’ll be hanging out in abandoned nuclear disaster sites…like Chernobyl.

I have been a paying customer of World Nomads for travel insurance for two years, and I happily recommend them.  If you get sick, injured, or have your stuff stolen, you’ll be happy to have the ability to pay for your medical bills or replace what’s stolen or broken.

Pin the Best Books about Chernobyl for Your Bookshelf

2 thoughts on “13 Incredible Books about Chernobyl & the Chernobyl Disaster”