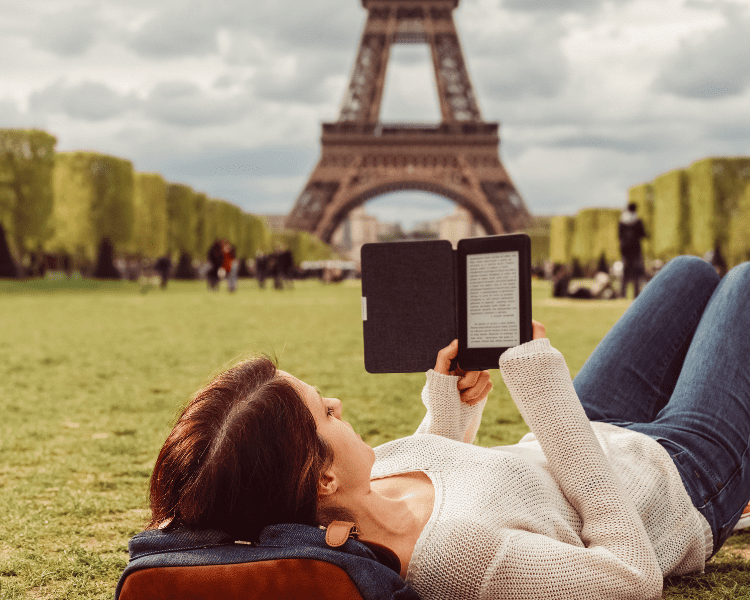 The Best Books About France You Should Read

Paris has been inspiring people for centuries not only to travel but also to create. Let’s talk about life in Paris, sing and write books about French culture, although it can be very different. We have collected the best books about France for you. Artistic and based on actual events in various styles and genres.

Victor Hugo “The Hunchback of Notre-Dame”

This novel is remarkable. It is the first of its kind, the first novel based on a historical plot. During the years of publication, he caused considerable resonance.

He saved the cathedral itself from destruction. Also drew the attention of the French to the need to protect historical monuments in general. It has been repeatedly filmed and staged in theaters, but this is no reason not to read it. This is a book about French culture.

Anyone afraid of hundreds of pages, we recommend downloading audiobooks. Many classical works are available in this convenient format. Hugo’s novel “The Hunchback of Notre Dame” can be found here.

If you are more interested in the life of ordinary people of the 19th century and how the revolution affected them, then choose another Hugo novel.

It is probably the best book in French that has theoretical and practical significance. The manual consists of 10 chapters with appendices and exercises.

It allows you to independently improve your knowledge and develop the ability to perceive foreign speech. The reference book can be used in case of difficulties in designing any written works: an abstract, an essay, or even a research paper.

Eugene Sue is not such a famous author as Hugo or Dumas, but his novels also have every right to be called classics.

He wrote about what he saw on the streets of Paris every day, in the genre of a novel-feuilleton. It is an old historical novel with a fascinating plot; each chapter ends at the most exciting place.

Peter Mail “A Year in Provence”

One day, an English couple decided to do what many only dream of to start a new life by moving from cloudy England to the sunny south of France. They bought an old farmhouse. Day after day, they began to immerse themselves in such everyday life, unlike the English inhabitants of France.

The move brought so many impressions and new experiences that Peter Mail decided to share his discoveries and wrote this book. It is still considered one of the best travel guides about living in France book. We strongly do not recommend reading the work on an empty stomach. From the description of the dishes of local cuisine, the appetite flares up in earnest.

If you are wondering, “how do I write my essay?” for French class, don’t sweat.

This book will help you to pass the exam. Published in 2007 by Cle International publishing house under Claire Mique. The language textbook is intended for an in-depth study of grammar and its features.

The convenience of this manual lies in the principle of constructing the material. Grammatical rules and concepts for better perception appear in dialogues. All the topics of the discussions are devoted to ordinary everyday life situations.

Fitzgerald called this novel his favorite work. Some critics rated it higher than “Great Gatsby,” which brought the writer the greatest fame.

Events unfold in the summer of 1925. A young and successful actress and her mother come on vacation to the French coast. On one of the beaches, she meets a company of young and fascinating people for her, among whom she highlights the dazzling Dick Diver.

He is charming, skillfully wins hearts, and he is married. “Tender Is the Night” is in many ways an autobiographical novel in which the fate of the characters reveals the features of an entire era.

Marcel Pagnol “My Father’s Glory and My Mother’s Castle”

To connoisseurs of culture, Marcel Pagnol is known primarily as a famous playwright and director.

He made films included in the golden fund of French classics. Few people know that he is also a talented writer. This collection contains two autobiographical novels by Pagnol. It filled with summer, fragrant herbs, the sun, pastoral views of Provence, and boundless childhood happiness.

The writer tells about his childhood, remembering his life’s funny and touching stories. It is a very kind and atmospheric book, where one of the main characters is the charming summer French coast.

Inspired by life in Provence, Peter Mail dedicated several books to the beautiful province. In the novel “A Good Year,” the main character Max begins the year with problems: he loses his job and the opportunity to pay off his debts.

But fate turns out to be kind to him, and Max finds out that he inherits a manor in Provence with a luxurious vineyard from his deceased uncle.

The man hopes to sell real estate as soon as possible to get rid of financial difficulties, but life in the French province drags the hero. Moreover, one day a girl appears, claiming all this luxurious inheritance. Would Max have to go back to rainy London?

The main character of the novel is a young girl Cecile. She lost her mother early. So she spent many years in a boarding school at a monastery.

Now she has returned to her father – a lover of women and entertainment, a man who seeks to take everything from life.

Cecile plunges into bohemian life on the French riviera – there are no rules, no responsibilities. When the bright and beautiful Anna, a friend of Cecile’s mother, appears in their house, much in the soul of the young heroine will turn over.

This book was published when Francoise was 19 years old and brought the writer a fee of one and a half million francs and world fame.