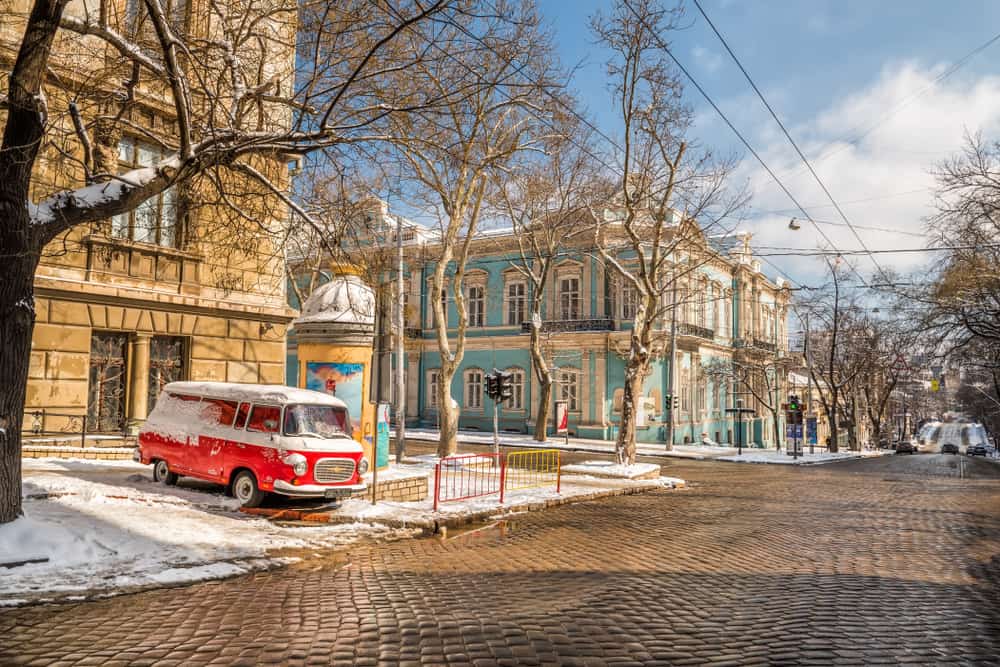 The Ukrainian port city of Odesa remains to be an essential attraction for tourists thanks to the many tourist destinations it has. The city is located on the southern Black Sea and is known for its beautiful 19th-century architecture. The following Odessa churches harbor part of the unique architecture and rich history of culture.

The St. Nicholas church of Odessa stands as a tiny building located in the northern region of Odessa. This religious monument in Odessa is found near Khersonskiy that is a square in the port city. The construction of the church dates back to 1896. A year later in 1897, the church was consecrated to be named after Saint Nicholas. When you are coming from the sea, you can see the structure of the church in a more unobstructed view. The building boasts of beautiful architecture that portrays its beauty. The exterior appearance offers a breathtaking presentation so as its interior filled with beautiful paintings and portraits.

The church of Christmas is one that presents an interesting twist of history. The church of Christmas also known as the Raskildin’s Church of Birth of the Virgin Mary is affiliated to the Russian Orthodox Church. The location of the church is in the Raskildinsky of the Alikivisky territory. A glance at the church presents an intriguing image that portrays the theme of beauty and history at the same time. Inside the church, the architecture presents three thrones. These thrones are for the Blessed Virgin Mary, the icon of the mother of God and the last one is for St. Nicholas the wonder maker.

Church of St. Gregory the Theologian and St. Martyr Zoe

The church of St. Gregory the Theologian and St. Martyr Zoe is a depiction of one of the oldest churches in Odessa. The church is located in the street with an ambiguous word to pronounce known as Staroportofrankovskaya Street. The appearance of the church meets its viewers with a beautiful presentation of a tall tower with a bell and a conspicuous facade. The church is ranked among the top ten best destinations to visit on tour in Odessa. The exterior appearance of the temple is graced by a yellow color that instills life into the image from a viewer’s perspective.

The German Lutheran Cathedral for St. Paul in Odessa is located Novoselskogo Street near the national academy of telecommunication. This church presents its tourists with not only the beauty of its appearance but also with the compelling history of its Neo-Gothic style. A step into the church leaves many of the viewers in awe astounded by the interior beauty. The locals in this city call this church “Kircha” which is a German translation for the church. The name traces back to St. Paul who was of German origin. As established this church holds a lot of history that helps explain a lot about the culture and religion of the community in which it is built.

The Spaso-Preobraxhensky Cathedral which translates to transfiguration cathedral is affiliated to the Ukrainian Orthodox church. The church holds a historical significance of being the first church in Odessa making it the oldest to be constructed in 1794. The church also attributes its importance for being the burial place for bishops and the prince. The interior of the church is lined with marble presenting a pleasant sight to its viewers. The church is located in Preobrazhenskaya Ploshchad that was once near the Russian military base. This explains the influx of tourists interested in Russia’s military history.

The Roman Catholic Church is a universal church believed to be the oldest church that began after the death of Christ. It, therefore, is a church that holds excellent monumental history in the world. For churches constructed in the early times, they are a perfect attraction for tourists interested in religious history. The Roman Catholic Church in Odessa does not disappoint in its preservation of history. It is named after the Virgin Mary as The Assumption of the Blessed Virgin Mary Cathedral. The church was built in 1850 and showcases an extraordinary piece of art both on its exterior and interior. The interior is filled with valuable paintings and chandeliers.