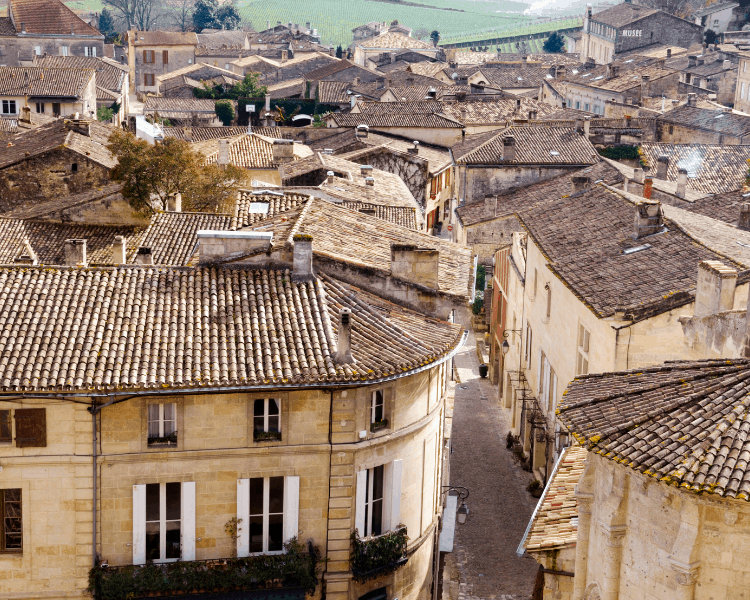 Arcachon Bay is perceived as a treasure in the French coast located 55 kilometers south-west of Bordeaux. It is bestowed with multiple beautiful sceneries such as the sandy white beaches, pine forests, oyster ports, a famous peninsula and the highest dune in Europe. The most significant phenomenon of Arcachon Bay is Dune du Pilat that grows by a couple of meters each year and is the second most visited monument in France. It is indeed a place to enjoy fantastic seafood (oysters) and fresh air that even in the 19th century, people visited this site to aid in the process of recovery from tuberculosis.

Perigord Noir is the most attractive and favorite place of Dordogne, France. The amazingly beautiful castles, villages, caves, and valleys will most definitely catch your eye. Canoeing along the Dordogne River will give you a spectacular view of the incredible castles such as Chateau de Castelnau that seems to cling dangerously to the edge of the rock surface. The capital, Sarlat is a beautifully preserved medieval town not forgetting the spectacular gardens that will leave you marveled at the incredibly clipped boxwood hedges. Belves village, 20 kilometers south of Sarlat is officially pinned as one of the ‘most beautiful villages of France.’

La Rochelle and ille de Re:

Once you land on the La Rochelle airport, you can be caught up in between going into town for grand limestone facades and quayside cafes or taking a right to Ile de Re, a big-sky island of oyster shacks and dune-backed beaches. The old harbor of La Rochelle is the most outstanding not only in France but the whole of Europe. A tour in the ille de Re you will make you anticipate for a picture after every five minutes especially when there is a breathtaking unobstructed view of the Atlantic Ocean.

See also
33 of the Best French Souvenirs You Absolutely Need to Bring Home!

Gironde Estuary is the largest estuary in Europe flows into the Atlantic Ocean and is formed by the meeting of Garonne and Dordogne rivers. There are numerous bird species in this area that love hanging out on the archipelago of nine islands all visible on cruises during the tourist season. It is popular for the Blaye vineyards that produce high quality red and white wines. The town of Bourg in the corniche on the right bank has features that include cave houses and landing stations for fishing boats. It is nicknamed ‘Le Petit Nice’ because of the spectacular vegetation and microclimate.

Well known for the curative nature of its waters and mud treatments. The Landes spa resort of Dax is the most popular with more than 50000 people visiting every year. This site has been famous since the ancient times where the therapeutic waters and mud were used to treat rheumatism and blood disorders.  If you want to relax, you can hit one of the aquatic fitness centers that have a spa and enjoy the beauty treatments and massages. Dax also offers essential cultural life with well-structured exhibitions, shows, libraries, and museums. Its proximity to Spain makes it not only a city of culture and leisure but also a center of trade.

Medoc is a region in France well known for producing quality red wines with high tannins, low acidity, and medium to high alcohol levels. The area has optimal climate and soil ideal for planting and growing cabernet sauvignon, the superior variety of red grapes. White wine is also produced but it is not as much as the red wine, and this is in the rigorous measures to ensure that the quality of the red wine is maintained. Each wine-growing villages set specific standards to provide a high quality of the wine.

See also
Best Things to Do in Normandy

Lacanau is among the top surfing destinations in France. The waters are always wavy, and it has a 14 kilometer of sandy beach with sandbanks shaped consistently by the Atlantic swell. From the esplanade at Plage central, you can see the entire beach and which also serves as a perfect vantage point where you can notice the strong currents coming hence avoid being hurt. There are loads of bar and restaurants and good campsites near the surf spots that make this site the best summer holiday destination.

Cognac is a particular type of brandy only made in the Cognac region of France. Only six regions are authorized to produce cognac (called cru in French). These regions include;

It is produced by distilling wine from grapes called Ugni Blanc. This wine usually is very dry, acidic, and thin, but very good for distillation and aging. After double distillation in a copper pot still, Cognac is aged in Limousine or Troncais oak casks and usually blended before bottling. Cognac is traditionally associated with royalty, diplomats, leaders, and people with acquired taste in general.