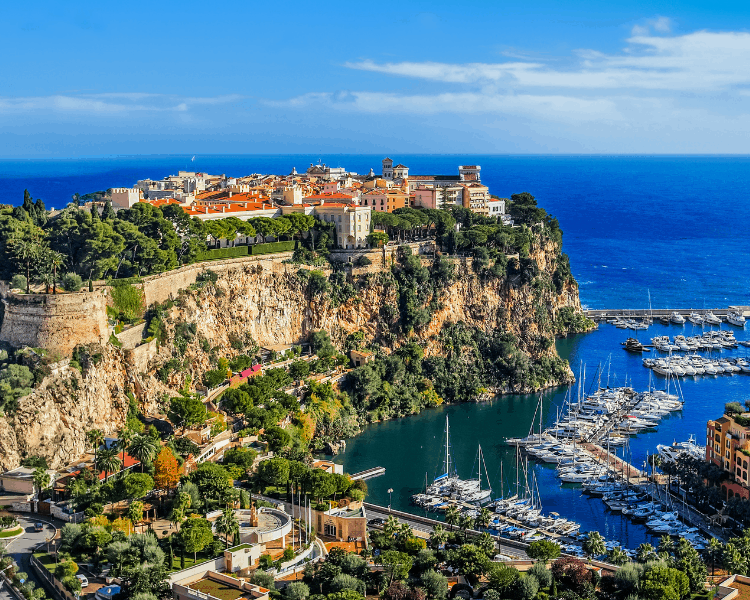 My dream is to have a beautiful old house in Monaco.–Eva Herzigova

I must hurry back to my house and my flowers in Monaco.-Lillie Langtry

The Monaco Grand Prix is in May right around the time of Cannes.–Asif Kapadia

We have 21 races in the year and Monaco is the one that you want to win.–Lewis Hamilton

I started to think of Grace of Monaco as a metaphor for women in general.–Olivier Dahan

I even scored Monaco’s goal too. Please, put it down as an own goal for me!–Alessandro Del Piero

Montreal is different from Monaco, as there are some long straights and big braking moments.–Romain Grosjean

I live in Paris, yet Monaco, where I spend a lot of time, holds a very special place in my heart.–Alain Ducasse

I grew up in Monaco, and in that environment going into the financial sector was the obvious choice.–Herve Falciani

Monaco was my first race of the season and I spoke with a number of people and all seemed to be very optimistic.–Martin Sorrell

There are seven winners of the Monaco Grand Prix on the starting line today, and four of them are Michael Schumacher.–Murray Walker

When I lived in Paris in the early ’80s, I had the occasion to hang out with Prince Albert of Monaco quite a few times.–Cheech Marin

I pay a lot of tax, and I feel, one of the reasons I stay and pay why I’m not based in Monaco… I think my country helped me.–J. K. Rowling

I love driving at Monaco but the rest of it, well, I can absolutely take it or leave it. It’s extremely pretentious and really not my cup of tea.–Mark Webber

Monaco is a very special event in its own right, and the atmosphere is quite crazy! As a driver, you have to stay calm and relaxed and try to do your job.–Romain Grosjean

It was my 44th win [in Monaco]; 44 is my race number; and it’s been my number since I was 8. And it’s my family’s number as well. So it was a special day, for sure.–Lewis Hamilton

That Monaco crash was quite a big one – I pulled 33g when I hit the wall, which is a lot. It’s a weird sensation – like all my skin and flesh was being pulled off my bones.–Jenson Button

I deliberately returned slowly to training after Raphael was born and everything, apart from being bitten by a dog whilst out training in Monaco at the beginning of the year, has gone pretty well.–Paula Radcliffe

There are no drivers like Formula One drivers. They are engineers, in a way. They are driving manual cars one-handed at 200 miles per hour around streets in Monaco. These cars use the ultimate in technology.–Asif Kapadia

Winning in Monaco is always special. That track has always been good to me. I won there in Formula 3000, battled for the victory with Williams in 2006 and now I’ve won two of the last three grands prix there.–Mark Webber

Happy to see that the Automobile Club of Monaco, opened its doors to the public to attend a considerable event. The promotion of this event will be made by the image and by the text, but still by word of mouth.–Jacky Ickx

Winning at Monaco feels unbelievable, because it’s such a special race and it’s also my home race. My first memories were of watching Ayrton Senna here with his yellow helmet, and one day dreaming to win the Monaco GP.–Nico Rosberg

There’s something special about racing in real streets. The ‘artificial’ circuits have a certain sameness to them. But every race conducted on real streets has a character of its own – Barcelona, Monaco, and now Long Beach.–Mario Andretti

Monaco is quite a specialist track, and it is very difficult to say if a car will be suited to it or not. It’s bumpy on the straights, and it’s a very low-grip surface. All these things mean that you never know what to expect.–Romain Grosjean

I had been playing beach volleyball all day, painted my nails red, and threw on a green dress. I thought I looked great at the time, but looking back, I realize that my debut into Monaco society should have been better executed!–Charlene, Princess of Monaco

As long as you win Monaco, that’s the one. In my ten years of Formula One, I’ve only won here once. This is my second time.Every year, it feels like this is your Achilles heel. You almost have it and then you don’t. It’s such a hard race to win.–Lewis Hamilton

It’s very, very special for me. This is where I’ve grown up, it’s my home, and winning the Monaco Grand Prix is the highlight of any racing driver’s career and for me a childhood dream. It being my home makes it all the more special, unbelievable.–Nico Rosberg

It’s very, very special for me. This is where I’ve grown up, it’s my home, and winning the Monaco Grand Prix is the highlight of any racing driver’s career and for me a childhood dream. It being my home makes it all the more special, unbelievable.–Nico

If it works, it works,’ Kat told him. ‘And if it doesn’t?’ he asked. She looked at him. ‘If it doesn’t, then I’ve heard Monaco has the nicest prisons in all of Europe.’ ‘It does,’ both Hamish and Angus said in unison. And with that, it was decided.–Ally Carter

The people I mixed with in Monaco didn’t relate to my South African mentality or humor… Although I have met some wonderful people since I’ve been living in Monaco, I regard them all as acquaintances. I only have two people I consider friends here.–Charlene, Princess of Monaco

I am a believer in passing the ball on the ground, I was lucky to be part of teams like that at Arsenal, with the French national team and with Monaco and at Barcelona. I know you can win in other ways, but I believe that is the way football should be played.–Thierry Henry

I need to be in a stable environment right now in my career. What I mean by that is a place where I can play and not have too much pressure on me and a place I can develop. Monaco wanted me and did whatever they could to get me so I feel very very good about that.–Freddy Adu

Once we played for the Princess of Monaco in Paris. We were the biggest ducks ever, wearing rented tuxedos. We trashed the party, took a bunch of girls and champagne in limos underneath the Eiffel Tower, and set up an acoustic show. It was like a Hilary Duff movie.–Conrad Sewell

I don’t know French at all. I took some lessons when I was younger but all I know are the numbers. I’ve been told basically everyone in Monaco speaks English because of it being a huge vacation spot so I’m excited about that. I might not need to learn French after all.–Freddy Adu

In each restaurant, I develop a different culinary sensibility. In Paris, I’m more classic, because that’s what customers like. In Monaco, it’s classic Mediterranean haute cuisine. In London, it’s a contemporary French restaurant that I’ve developed with a U.K. influence and my French know-how.–Alain Ducasse

In the laboratory there are no fustian ranks, no brummagem aristocracies; the domain of Science is a republic, and all its citizens are brothers and equals, its princes of Monaco and its stonemasons of Cromarty meeting, barren of man-made gauds and meretricious decorations, upon the one majestic level!–Mark Twain

If there is anything so romantic as that castle-palace-fortress of Monaco I have not seen it. If there is anything more deliciousthan the lovely terraces and villas of Monte Carlo I do not wish to see them. There is nothing beyond the semi-tropical vegetation, the projecting promontories into the Mediterranean, the all-embracing sweep of the ocean, the olive groves, and the enchanting climate! One gets tired of the word beautiful.–M. E. W. Sherwood

Most of the crew were staying in Monaco. But my family and I were actually staying in Nice because I had my whole family there and we wanted a little more space and to stay in a hotel. The truth is we were asleep [when the attack Bastille Day terror happened] and woke up the next morning to it and it was obviously horrific. And then the idea of going out and filming, it just felt so stupid to be working the next day and pretending that everything’s cool when you’re making some frivolous thing.–Jamie Dornan