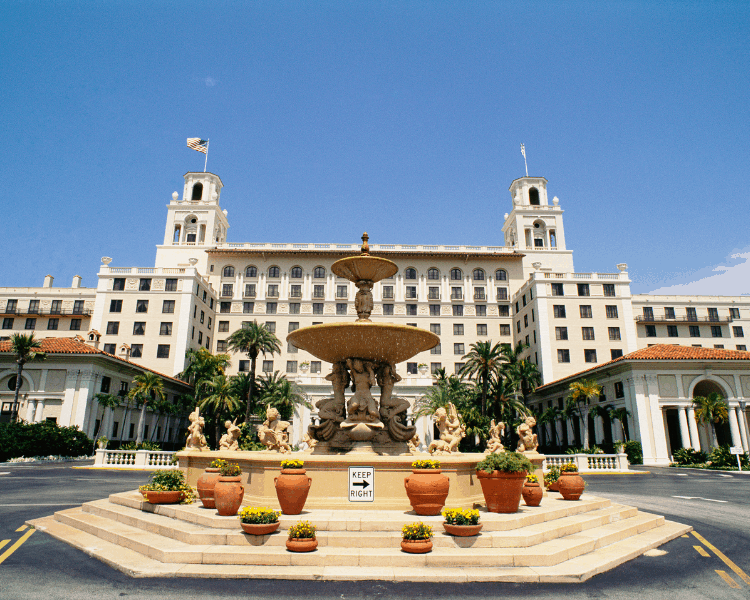 I live in Palm Beach, where no one wants to hear bad news.–Jeff Greene

If they made films in Palm Beach, actors and actresses would be much better dressed.–Kenneth Jay Lane

I grew up in West Palm Beach, Florida. My dad took me hunting, trapping and fishing when I was a kid.–John W. Thompson

I have my hair done by Valery Joseph, who does a version of the Palm Beach crash helmet so that it doesn’t move.–Marjorie Gubelmann

On the weekends, I would go down and play these clubs in Key West or West Palm Beach or surrounding areas of Florida and then I’d go back to school for the week.–Carrot Top

To me, the most unhappy people in the world are the people … in Palm Beach- Going to parties every night. Playing golf every afternoon, then bridge. [They have] no purpose.–Richard M. Nixon

I don’t know whether to admit it or not. You think I should tell them, Snerdley? Okay. Folks, some good friends of mine who live here in Palm Beach bought a Smart Car… and there’s a picture of me in it.–Rush Limbaugh

I’ve always been fascinated by the Gold Coast. The homes themselves are spectacular, unlike anything you’ll see other than in Newport, Bar Harbor or Palm Beach. It’s a very special area that, because of local demographics, is not going to survive much longer.–Nelson DeMille

Each weekend I play at least one and maybe two sets of tennis a day. My doubles team was in the finals recently at my tennis club in Palm Beach and lost a tiebreaker after a three-hour match. I must confess, by the end of the three hours, I was relieved it was over.–Wilbur Ross

The corporate right and the political right declared class warfare on working people a quarter of a century ago and they’ve won … Take the paradox of Rush Limbaugh, ensconced in a Palm Beach mansion massaging the resentments across the country of white-knuckled wage earners, who are barely making ends meet in no small part because of the corporate and ideological forces for whom Rush has been a hero.–Bill Moyers