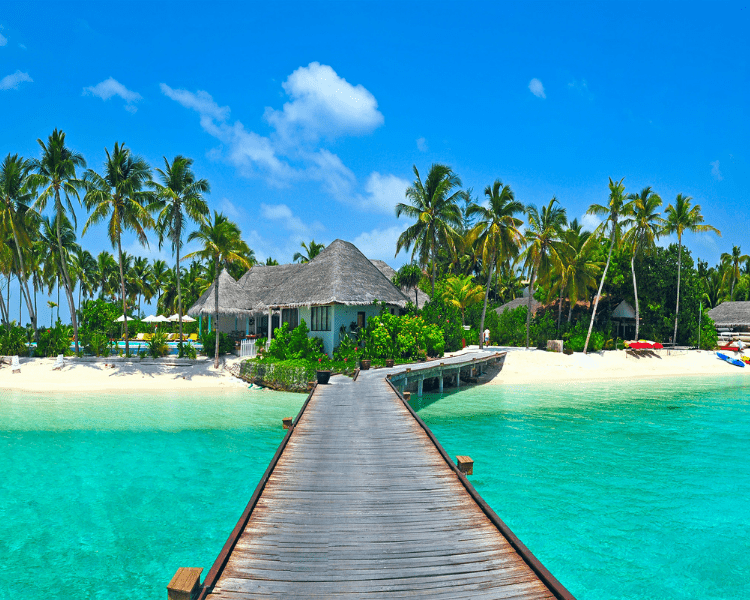 I go every year to the Huvafen Fushi in the Maldives and it’s spectacular. –Brigitte Nielsen

We are trying to send our message to let the world know what is happening and what will happen to the Maldives if climate change isn’t checked. –Mohamed Nasheed

Well managed and healthy oceans are vital to the survival of small island states, such as the Maldives. This important book shows how scientists and governments can better protect the world’s oceans. –Mohamed Nasheed

I want to go to the Maldives before they sink, but just because it’s the most beautiful place on earth. –Shane Smith

The Maldives, a string of islands off the coast of India whose highest point above sea level is eight feet, may be the first nation to drown. In Alaska, entire towns have begun to shift in the loosening permafrost. –Michael Specter

[The Maldives] they’ve become deeply politically engaged – just for instance, the president taught his whole cabinet to scuba dive so they could hold an underwater cabinet meeting along their dying coral reef and pass a 350 resolution to send to the U.N. –Bill McKibben

I was flying to the Maldives in 2000 when the plane went through turbulence – after that, I didn’t fly for four years. Then a job came up in India, so I did a simulator flight and learnt about what goes on in the cockpit. I’m fine now. –Paul Merton

Belize suits me because I’m active and I like diving. I learnt when I was 18, in Thailand, and I have dived in Vietnam, which wasn’t great, the Red Sea, which was incredible and reasonably priced, and then the Maldives, which is like being submerged in an aquarium. –Georgina Chapman

It has been popular to threaten “small islands and low-lying coasts” with scenarios of disastrous future flooding. The Maldives has been the most utilised target. We have undertaken a careful analysis of actual sea level changes in the Maldives. No rise has been recorded either in the present or the past centuries. –Nils-Axel Morner