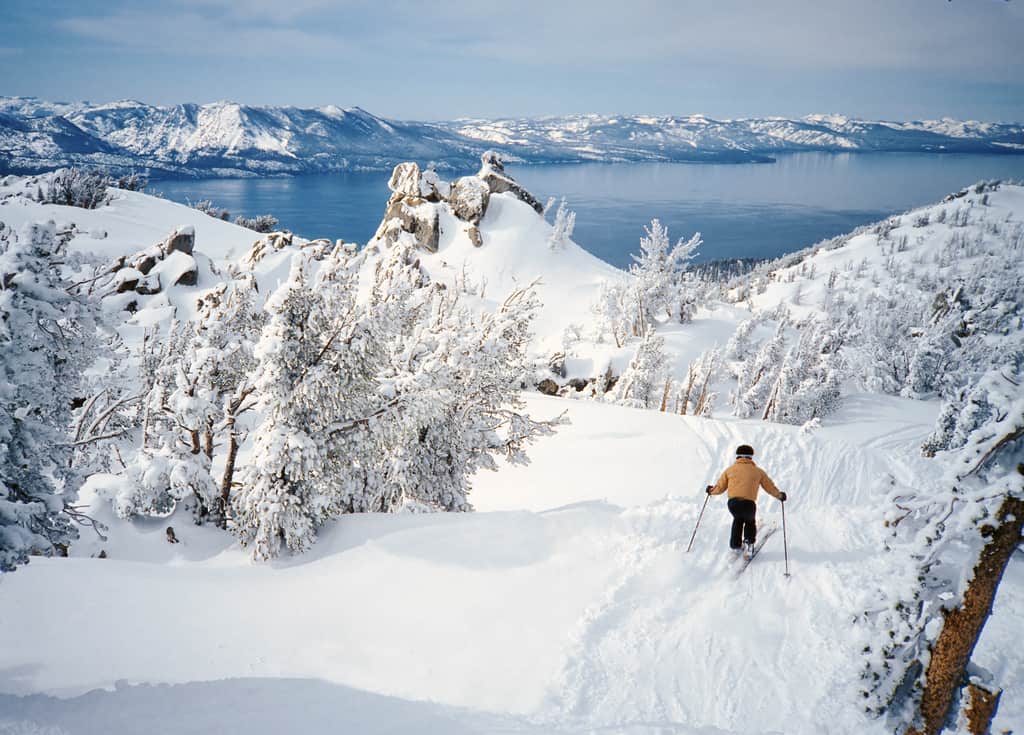 Fun fact: the oldest known skis date back to between 8000 and 7000 BC and were found in Russia. However, it will have been a completely different type of skiing to what we know today, and the equipment will have been nowhere near as advanced. Way back when, skiing was a necessity rather than a hobby. It was for transport, hunting, and sometimes even war. People in snowy climates needed efficient, straightforward ways to handle the weather, and this is where a form of skiing began to develop. On that note, we are going to have a look at some of the most historic ski vacation spots around the world. Let’s see…

Also, if you’re planning on going on a ski trip anytime soon, then don’t do it like our ancestors – always make sure you’re safe and protected with the right equipment! For example, check out these ski goggles.

One of the oldest ski resorts in the USA, Steamboat Springs has earned its place at the top of this list. It’s now a family friendly resort that offers more than just skiing, as it has thermal springs (that are said to be therapeutic) closeby for tourists to check out. It was founded way back in 1900 when skiing was just picking up in popularity. The area is also strongly linked to the American West, as it was once the homeland of the Indigenous Ute Tribes.

Opened way back in 1902 in the Alps, La Clusaz is still a traditional resort today. It started hosting winter sports in 1907. Although it is just a small village in South East France with lovely scenery, it offers a large area to ski, which many have taken advantage of over the years. It’s tucked away from the hustle and bustle so is a relatively peaceful resort in comparison to some of the other more modernized ones. The resort is very close to Geneva, so you can even check out Switzerland if you are interested in visiting.

Dubbed the “cradle of skiing”, Morgedal needed a mention in this post. One of the famed residents of this village was Sondre Norheim, who is named “the father of modern skiing”. He grew up here – skiing was a popular sport in the area that he took part in. He was a successful skier and went on to make important advancements in ski technology. He received honors at the opening ceremonies of the 1952 Winter Olympics in Oslo, Norway. Olav Bjaaland is another notable skier to grow up in the village of Morgedal – check him out via the link.

In the past century, skiing has come on leaps and bounds. It’s now much more accessible to people all around the world, as travel is much easier now than it ever was. Now, you don’t have to be born near a slope to make the most of the sport, which is a wonderful thing.

Who knew skiing and the ski resorts had such a rich history? The more you know, the better!