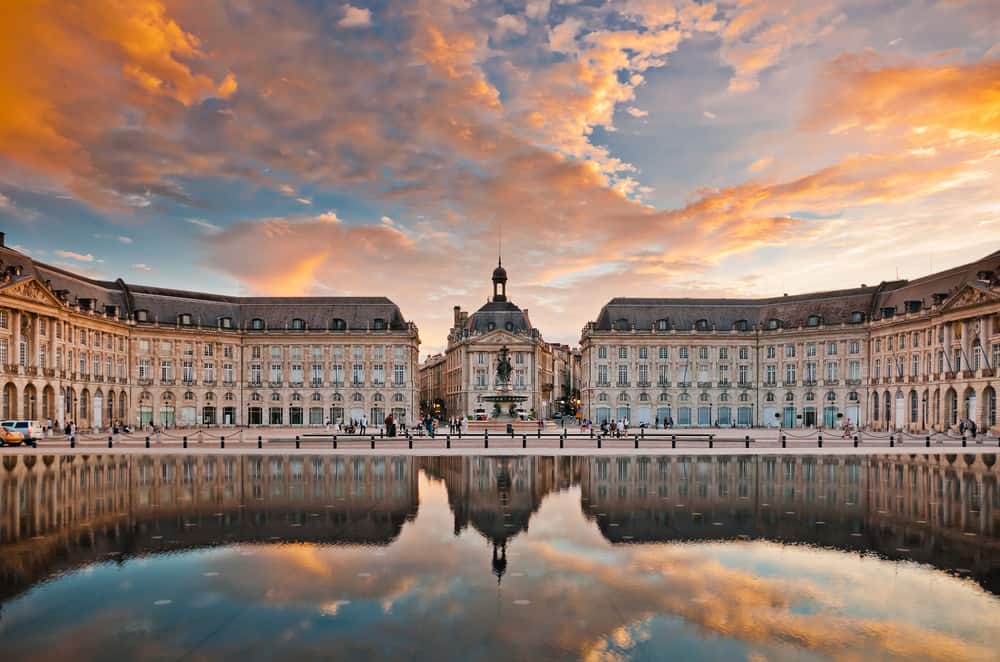 This UNESCO World Heritage site is the perfect example of gorgeous symmetry. Designed not to be not only magnificent in its beauty, but also completely symmetrical, Place de la Bourse is a city plaza packed to the brim with amazing architecture, like the two imposing neoclassical palaces, who along with all the rest of the elements of the plaza were designed with the intent to put Louis XV’s power and wealth on the forefront. Absolutely breathtaking, Place de la Bourse is a must-see.

A symbol of the city as well as one of the oldest belfries in France, Grosse Cloche is an iconic element of the city, so much so that is also found on the city’s coat of arms. The church on which this belfry stands is hundreds of years old, even though the bell itself was cast in the 1700s. The bellower itself used to serve as a gateway into the city, and even a prison at some point in time, Grosse Cloche is a proud historical element of France that’s worthy of a visit.

Bordeaux’s public garden is considered the city’s green lung, and it’s a public park with a size of over a dozen acres. It was originally created in the 18th century with the intent to open up the space of the city and to allow everyone a place for leisure and relaxation. Today it’s the home to several attractions like the arboretum and France’s oldest theater, and is considered a lovely escape, as the Garden is a green oasis in the middle of a very modern city.

Victory Square is found in the heart of Bordeaux, and is a place filled with deep history. Old fairgrounds and city fortifications were torn down in order to build this magnificent square, which today is a hub for many people passing through the city. Bordeaux has long been known for its excellent wines, which is why in 2005 the city inaugurated two monuments especially made to honor viticulture and winemaking, because that’s what the city owes its reputation to in the first place.

The capital of Aquitaine is a historic city, which is why it’s home to one of the largest museums dedicated to French history outside of Paris. It’s an enormous building, with plenty of rooms dedicated to different parts of the history of Bordeaux and Aquitaine. It’s even the resting place of the most famous Bordelais – Michel de Montaigne, a notable author and philosopher of the 16th century. The museum is a fascinating visit as it offers a view into different periods of history, like the prehistoric age, the Atlantic slave trade period, 19th century, and so much more.

One of the largest squares in all of Europe, and one of the most decorate ones in France, Esplanade des Quinconces is quite unique in its presentation. The name itself comes from the form that the trees are planted in, and the rest of the square is absolutely packed with monuments, columns, and sculptures. The square’s original design was meant to prevent any further rebellions on the city’s part, which is why plenty of its sculptures honor the victims that fell prey to the Reign of Terror, like the Girondists.

The city of Bordeaux has deep medieval roots, so much so that its once-winding and narrow streets were viewed as a limitation that had to be surpassed. Place Pey-Berland was conceived to be an exception to the rest of the city’s gothic image, so the cathedral built on this square had a much more static and grandiose presence that other buildings of the era. Made to honor its patron, the Archbishop Pey Berland, this proud cathedral is one of the most visited buildings in all of Bordeaux, even though the square itself is no longer in its original form, but rather a modern place where contemporary life mixes with that of glory days of Bordeaux.