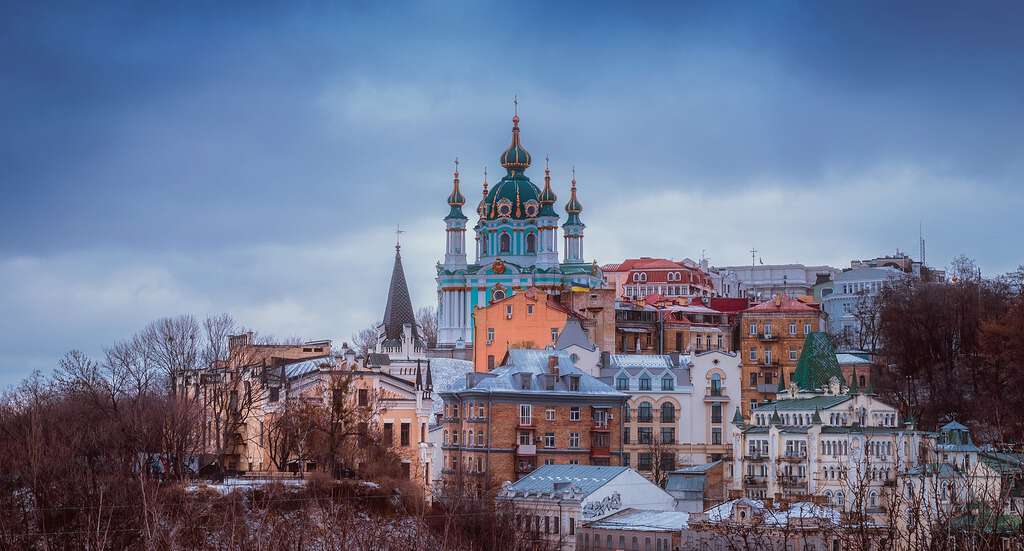 Kiev is the capital city of Ukraine and one of the largest cities in Europe. It’s well-known for its gorgeous churches, incredible art museums, and amazing culture. It is quickly becoming one of Europe’s fastest growing tourist destinations, and it’s easy to see why. Here are a few things you can do when you’re in Kiev, Ukraine.

Pinchuk Art Center: Kiev is home to many fantastic art museums. The Pinchuk Art Center may be the greatest of them all. Located right in the center of the city, this museum focuses on contemporary art in a variety of different styles. Some of the most well-known artists in the world have had their work showcased here including Damien Hirst and Anish Kapoor. If you consider yourself an art lover, then this is something you can’t afford to miss.

Kiev Pechersk Lavra: Kiev is known for being a center of Eastern Orthodoxy, and this is one of its greatest achievements. The Kiev Pechersk Lavra is a massive monastery that has become one of the city’s most important attractions. Its bell tower was the tallest in the world at the time it was built and is a major part of Kiev’s skyline. It also has a museum full of priceless artifacts and a complex system of underground caves where monks once lived.

Pejzazna Alley: This is the perfect place to go if you’re visiting Kiev with young children. Pejzazna Alley is a wonderfully imaginative park filled with mosaic animal sculptures. Visiting this park is much like taking a trip through the pages of Alice in Wonderland. Some of what it has to offer is a huge cat-shaped playground, elephant fountains, and a big wall mosaic of a cat. It’s a great place for kids, and it might awaken your own inner child as well.

Hydropark: Believe it or not, you can actually go to the beach while you’re in Kiev. The Hydropark is a beach located on the Dnieper River. A few activities that are popular here are swimming, boating, and water skiing. Those who are really looking for some excitement can try the 30 meter bungee jump. There are also a number of great restaurants lining the beach. You might even check out some of its discos once the sun goes down.

Katchalka Outdoor Gym: You’ve definitely never seen a gym like this before. As a European counterpart to the Muscle Beach in California, Katchalka is an outdoor gym where people go to get in shape. The difference is all the equipment is made from scrap metal, and it has tires for punching bags. Participation is free, but this workout is not for everyone. It can get pretty intense, but seeing this spectacle up close makes it all worthwhile.

Aresenalna – The Deepest Subway in the World: This is certainly the most interesting way to get around Kiev. Aresenalna is a metro station similar in style to the London Underground. However, the station is 350 feet underground, making it the deepest in the world. This was necessary because of its location near the Dnieper River. In fact, taking the escalator down can take up five minutes. The subway itself is very fast and is a cheap way to get around the city.

Andriyivskyy Descent: The Andriyivskyy Descent is a descent that connects the Upper City of Kiev to the Lower City. It has a very long history behind it and is considered one of Kiev’s major landmarks. It is sometimes referred to as the Montmartre of Kiev and contains several of its main attractions. This includes the Castle of Richard the Lionheart and Saint Andrew’s Church. It’s also a good place for shopping as it’s populated by numerous shops, restaurants, and art galleries.

See also
Chernobyl Tours: 10 Things to Know Before You Tour Pripyat and Chernobyl

Mystetskyi Arsenal: Mystetskyi Arsenal is another major museum in Kiev. It’s unique due to the fact that it was originally built to manufacture weapons. This is where it gets its name. It is currently one of the largest museums in Eastern Europe and frequently hosts large events such as concerts and charity balls. Although its main focus is on contemporary art, it contains works that span the entire history of Ukraine.

Saint Andrew’s Church: This church is another one of Kiev’s major landmarks. It was originally designed by Russian architect Bartolomeo Rastrelli and is widely considered a masterpiece of Baroque architecture. The church no longer functions as a place of worship and operates as a museum instead. As such, it contains a vast number of incredible paintings and sculptures. The building itself is incredibly beautiful and is a must-see for anyone visiting the city.

Mikhail Bulgakov Museum: This museum is dedicated to the life and works of Russian writer Mikhail Bulgakov, who was originally born in Kiev. He is most famous for writing The Master and Margarita which is considered one of the seminal works of Eastern European literature. The museum contains over 2500 of his belongings, including books and photographs. Anyone who’s a fan of Bulgakov or wants to see the inner workings of a master writer should definitely check it out.

National Art Museum of Ukraine: The National Art Museum of Ukraine distinguishes itself from other museums by focusing exclusively on Ukrainian artists or artists who were born in Ukraine. This includes famous artists such as Taras Shevchenko, Ilya Yefimovich Repin, and Vladimir Borovikovsky. It features over 20,000 pieces in all, some of which date back to medieval times. The building itself is also quite amazing as it is a prime example of neoclassical architecture.

Mariyinsky Palace: Finally, no trip to Kiev is complete without a visit to the Mariyinsky Palace. This is the ceremonial residence of the President of Kiev and another incredible work of Baroque architecture by Bartolomeo Rastrelli. Its construction was originally ordered by the Russian Empress Elizaveta Petrovna although she didn’t live long enough to see it. Today, it is mainly used for official receptions and ceremonies. It is an absolutely breathtaking sight complemented by brilliantly landscaped gardens.