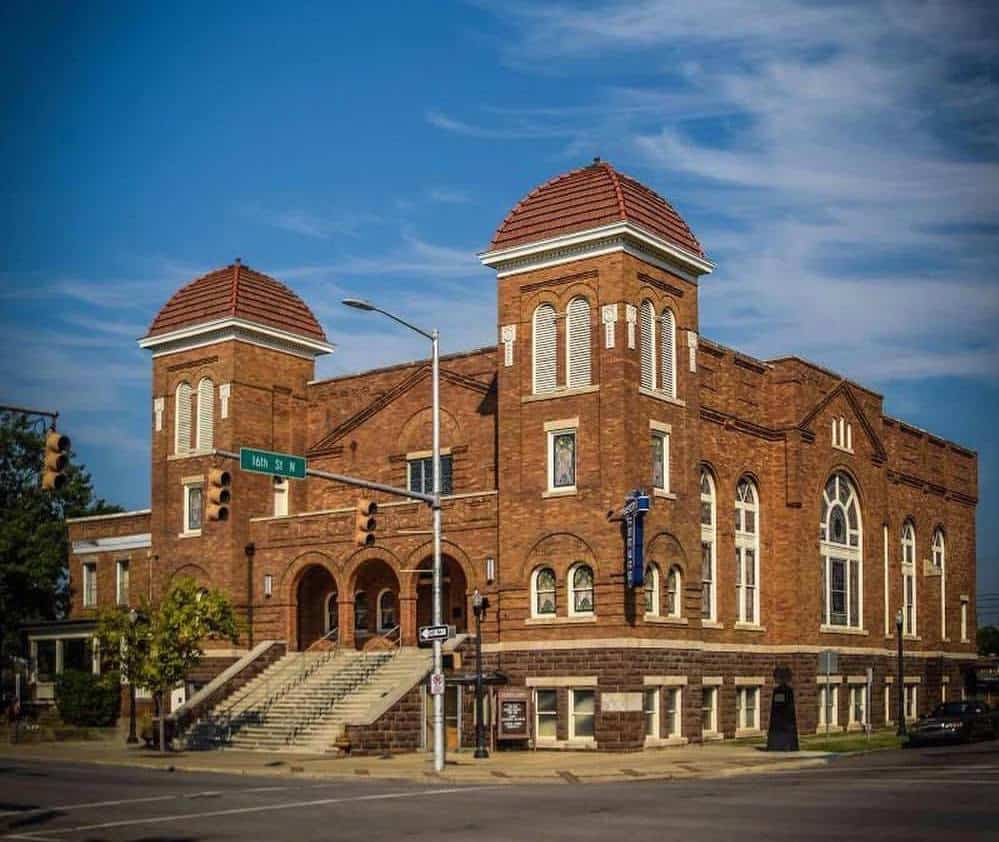 With just a week left in office, President Barack Obama signed a proclamation declaring the Birmingham, Alabama Civil Rights District a national monument. Birmingham played a pivotal role in the civil rights movement in America in the 1950s and ‘60s. Prominent figures like Rev. Fred Shuttlesworth and Dr. Martin Luther King, Jr. were both active in the community, and the city long ago captured the hearts and imaginations of the nation. On this week’s episode, I talk with Barry McNealy, education and programming consultant of the Birmingham Civil Rights Institute. We talk about the events that took place in the city, and what led Obama to make his proclamation.

Barry told me about how just by growing up in Birmingham, the civil rights struggle is a part of life. His aunt was a “foot soldier,” as he put it, and he had high school and college teachers who were involved in the movement. That’s how interwoven the civil rights fight was in Birmingham. And much of it centers on the Civil Rights Monument, where the 16th Street Baptist Church lies, as well as Kelly Ingram Park, infamous as the site where Birmingham public safety commissioner Bull Connor ordered demonstrators be cleared via firehose. And, of course, there’s the A.G. Gaston Motel, which Revs. Shuttlesworth and King used it as a headquarters.

The 16th Street Baptist Church in Birmingham was the site of the notorious bombing by the Ku Klux Klan in 1963, but the church’s roots go back to almost the time of the founding of the city. Birmingham was established in 1870, and the church’s congregation came together just a couple of years after that. Luminaries flocked to the church: W.E.B. DuBois spoke there, opera singer Marian Anderson performed there. And this was before the civil rights movement took off. The church became known as “everybody’s church,” with both the first high school and the first bank open to African-Americans growing out of the church.

As Barry told me, the importance of Birmingham to the civil rights movement was both planned and the result of happenstance. The Rev. Fred Shuttlesworth was a key figure in the struggle. When the State of Alabama banned the NAACP from functioning in the state after the Montgomery bus boycott, the reverend created a new organization to stand in its place called the Alabama Christian Movement for Human Rights. The Movement took up both the NAACP’s legal challenges against the state and the nonviolent actions of the bus boycott in 1957. Then, Shuttlesworth and King would work together to create the famous Southern Christian Leadership Conference.

Barry shares so many fascinating stories of this tumultuous time in American history, from the work of civil rights heroes like Dr. King to the racist actions taken by “mule” politicians like Bull Connor. If you’ve never been to Birmingham, Alabama, I highly recommend a visit to the Birmingham Civil Rights Institute. Like so much of history, it’s wonderful to read about, but it’s on the streets where it happened where it really comes alive. The Civil Rights movement started in the 1950s, became a worldwide phenomenon in the 1960s, and in many ways continues to this day. Thanks so much to Barry McNealy of the Birmingham Civil Rights Institute for talking with me today.