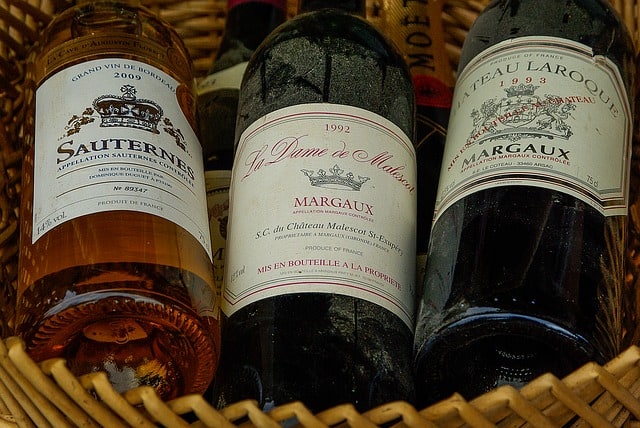 Listen to the Episode “How Bordeaux Got Its Wine”

In September I got to go to Bordeaux with a friend who is a 100% certified wine snob. I figured she would enjoy all of the wine, while I mostly focused on getting work done. But I was surprised by how easily I fell in love with the city, one of France’s most underrated destinations, even if you’re not certified. My guest today is Megan Stetzel, one half of the team behind the millennial-focused travel blog, Why Wait to See the World? On this week’s episode, we talk about how the city got its wine, how it almost lost it in the 19th century, and how the city nicknamed “Sleeping Beauty” underwent an amazing revitalization in the last 20 years.

As Megan told me, wine culture in Bordeaux got started more than 2,000 years ago, when Romans came to the region and started cultivating vineyards purely so their soldiers would have something to drink. And that wine was much different than the wine we think of today. It was very fruity and had a high alcohol content (something Bordeaux wines maintain today). But it would also have spoiled very quickly, within a year, a departure from what we now know about Bordeaux wines, which get better with age. But Bordeaux became more than just the place Roman soldiers went to knock a few back, Megan told me about how the city actually became a commercial center.

[bctt tweet=”How did the Romans contribute to the famous wines of Bordeaux? Or the Dutch for that matter? Find out on this week’s #HistoryFangirl episode.” via=”no”]

Wine was not exported from France until the 12th century, but that all changed when Eleanor of Aquitaine married Henry II of England. And when they moved back to England, as Megan says, “Like any good woman, she wouldn’t go without her wine.” She and Henry abolished the tariffs on wines coming into England, which allowed Eleanor to continue to drink her Bordeaux. But if you want to thank someone for helping the local industry grow, you have to thank the Dutch. A lot of Bordeaux was actually marshlands, but the Dutch went in and drained a lot of the water, allowing the ground to become more conducive to vineyards.

[bctt tweet=”This week, we talk with Megan of @whywaitworld about Bordeaux, and how Eleanor of Aquitaine helped fuel France’s wine industry. #HistoryFangirl” username=””]

The Great Wine Virus of Bordeaux

I had to ask Megan about “The Great French Wine Blight” of the mid-19th century, which had surprising historical reverberations. As Megan tells it, an aphid infestation began to wipe out the Bordeaux vineyards. But it was discovered that a vine growing in the United States was resistant to the pests. So the French grafted some of that American rootstock—from Missouri, of course—and saved the most famous wine in the world. And from that point on, Bordeaux vineyards cultivated the six grapes of Bordeaux wines.

[bctt tweet=”Who saved the French from the Great Wine Blight of the 19th Century? Missouri, that’s who. #HistoryFangirl” username=””]

The story of Bordeaux may begin with Romans making wine for their soldiers, but one could argue that the city’s golden age is happening right now. For years Bordeaux had been in disrepair. The river was flanked by old warehouses, and the water itself was polluted. In fact, the whole city suffered under poor pollution. The city had been called “Sleeping Beauty,” because people knew the city was beautiful, but it wasn’t highlighting its best qualities. But in 1995, the French prime minister decided the city should be cleaned up, and now it’s a beautiful place to visit. If you’re thinking of visiting, you’re going to want to hear Megan’s tips in this week’s episode.