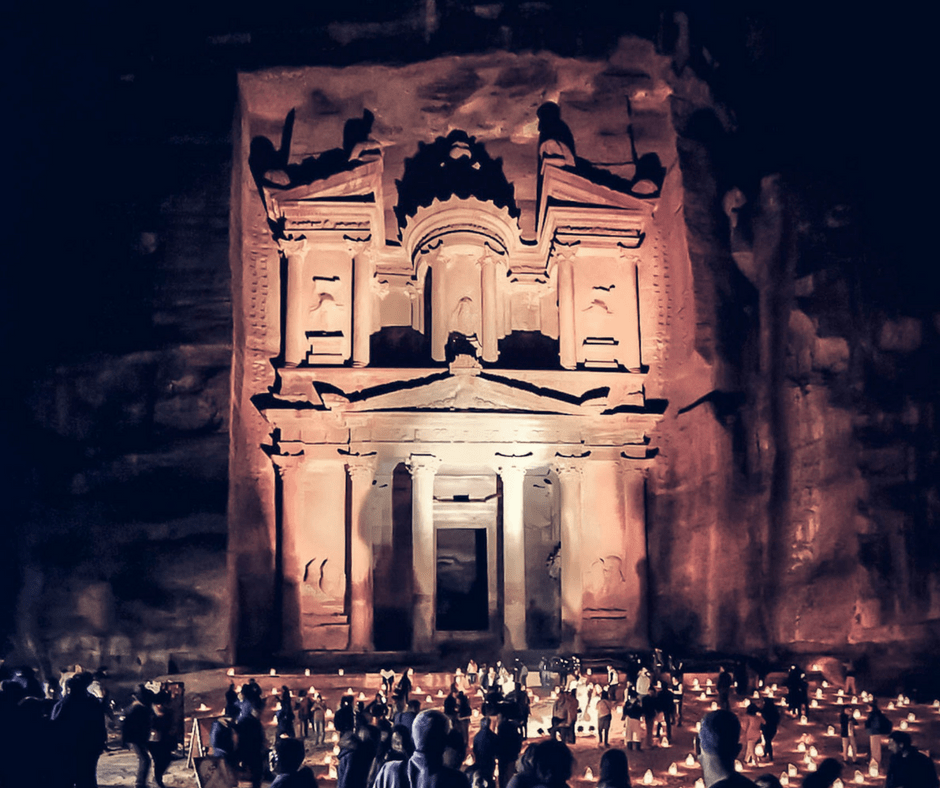 Listen to the Episode “Discovering the Lost City of Petra”

The story of the Lost City of Petra begins with the story of the Nabataeans, nomadic traders who eventually settled in Edomite territory around 2 B.C. The Nabataeans had traveled everywhere and picked up architectural ideas from the Persians, Greeks, and Romans, and adapted these ideas into something that was uniquely their own. We don’t have a lot of information about the Nabataeans because no self-written history has been found. My guest on today’s podcast, Jane Taylor, describes what we do know about the Nabataeans and their art style, culture, language, the extent of their kingdom, and why they were able to withstand the Romans.

See also
How to Visit Quseir Amra in Jordan from Amman

Mada’in Saleh, also known as Hegra, in Saudi Arabia, is not as famous as Petra but is still a significant Nabataean site. Mada’in Saleh has a wealth of beautiful tombs carved into the sandstone mountains of the region. On this episode, Jane Taylor tells us about the history of The Lost City of Petra and also describes Mada’in Saleh and the excavations that are being done there, as well as describing some of the challenges for a woman traveling in Saudi Arabia.

When the Romans took over the Nabataeans, life actually stayed much the same for the residents of Petra. On this episode, Jane Taylor explains the relationship between the Romans and the people of Petra, and how Petra flourished through the 6th Century. She then describes the gradual decline of Petra, mostly due to trade considerations. The Lost City of Petra has a fascinating history. You can learn about it on today’s episode of The History Fangirl.

How was Petra lost and rediscovered?

During the early Crusader period, Petra was clearly regarded as an important center. But after the Crusaders, there is a gap in our knowledge, with no references to Petra from the 14th Century until Swiss explorer John Lewis Burckhardt rediscovered it in 1812. The story of Petra’s rediscovery and the international reaction to it is the subject of my interview with author Jane Taylor on this podcast episode. Listen in to hear about the rediscovery of Petra, stories of some of the early visitors to the site, and what it is like to travel there today.

What is it like to travel to Petra today?

Petra is Jane Taylor’s favorite place in the world. You have probably heard of the famous sandstone carved structure, The Treasury. But The Treasury is simply the foretaste of Petra itself. On this episode, listen to Jane describe what it’s like to visit Petra, from the mind-blowing scale of the site to the stupendous view from the monastery, to how to negotiate the price of a camel ride.

On my visit, I found the aggressive haggling with vendors to be quite a culture shock. Prepare yourself for an amazing trip by listening to Jane’s descriptions of her favorite places and why Petra is her favorite place in the world. If this has inspired you to visit Petra, start with this Petra travel guide. But don’t stop at Petra, as there are so many fabulous things to do in Jordan!

If you are traveling as a family, use these tips for traveling to Petra with kids.

Of course, Jordan is much more than just Petra! Most tourists pair a trip to Petra with a visit camping in Wadi Rum, which is a UNESCO World Heritage Site. In addition, there are four more UNESCO World Heritage Sites, plus the Dead Sea, Amman, and many other historic sites. Start with this great round-up of things to do in Jordan to plan your trip.

[bctttweet=”What is it like to #travel to #Petra today? #Jordan #HistoryFangirl” via=”no”]

3 thoughts on “Discovering The Lost City of Petra”