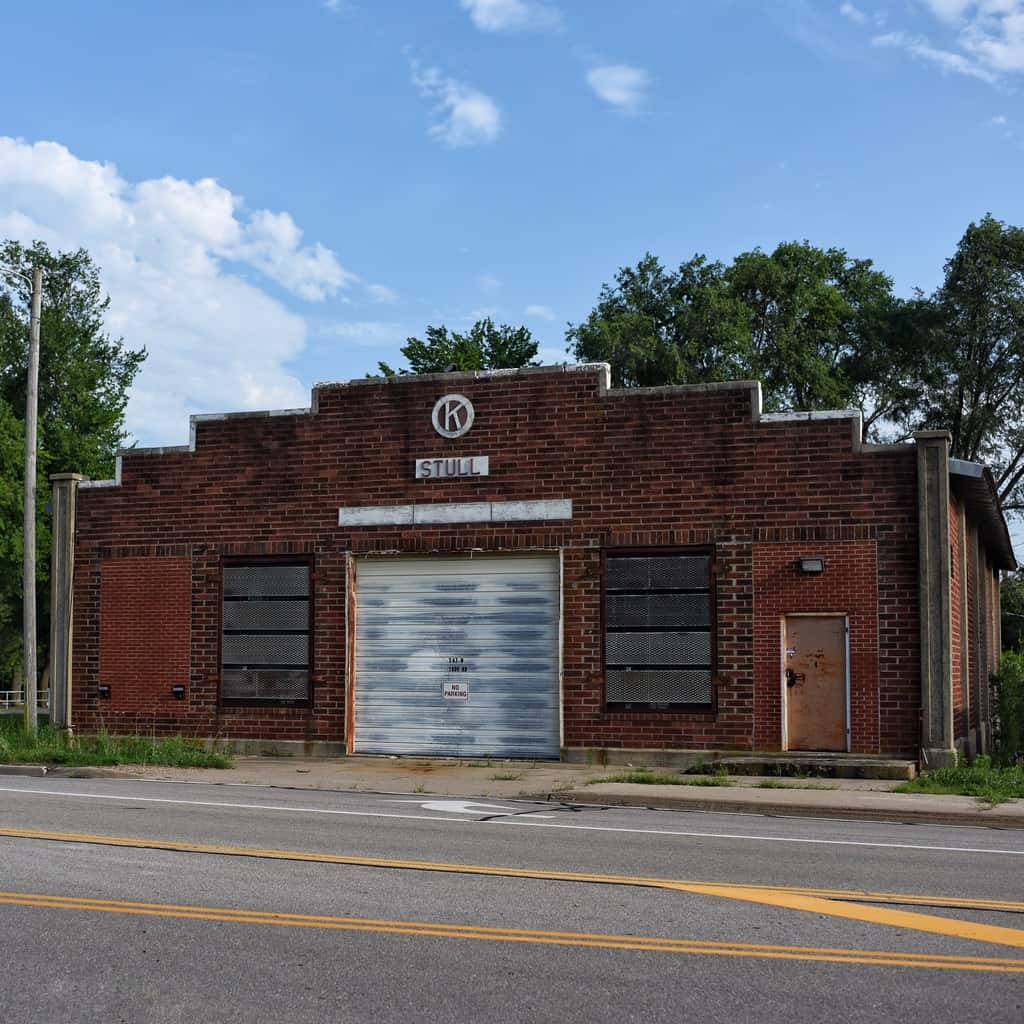 When I planned my road trip this summer, I didn’t intend on visiting a gateway to Hell, but sometimes you just have to seize the day. After leaving Minneapolis on my road trip, my next stop was Lawrence, KS. I intended to visit some old college friends (I went to the University of Kansas, Rock Chalk!) and use it as a base to explore a little bit of Kansas City. On my last afternoon in town, I found myself with a few hours to waste and decided to partake of one of my very favorite college pastimes: driving to the Gates of Hell to see Stull Cemetry.

How to Visit Stull, Kansas

Living on the East Coast for the past ten years, I learned that this is not something universally understood in the US, let alone abroad, so let me explain. Country Driving is when you go driving out past the edge of town with the purpose of getting lost, exploring the countryside, or wasting time. This might involve smoking some illegal mood enhancers, or it might not. For me, on this trip, it did not. Instead I wanted to imbibe some nostalgia and perhaps get a good shot or two of the Kansas countryside.

That’s how I ended up in Stull, which is a place you don’t typically try to end up.

Stull is a tiny town–it would barely fit on a postage stamp. The roads are indistinguishable from driveways (which I figured out after about ten minutes on someone’s property). There don’t seem to be any open businesses, and the town remains unchanged from my last trip there circa 2005.

Weird stories and rumors have circulated about the cemetery there for decades. When I was in school, the main one was that it was one of the seven gates to hell. It was widely believed that the Pope would not fly his plane over Stull for that reason.

From Lawrence, KS: Stull Cemetery is about a twenty minute drive west of town if you leave via 6th St. You can use Google Maps, just note that it might have you go past the cemetery to a person’s house. The cemetery is kind of hard to distinguish from the highway, but it’s directly across the street from a red brick building. The cemetery will be on your right.

From Topeka, KS: Stull Cemetery is about 25 miles southeast of Topeka via US-40. If you use Google maps, just check for the red brick building that will be on your right. The cemetery is across the street and will be on your left.

What Happened at Stull Cemetery?

There are a few different verions of the Stull urban legend, and no one is quite sure of what actually happened. However, the local legend is that Stull Cemetery held one of the seven gates to hell and that the devil uses this portal on Halloween night. But what’s the real story behind this tiny, haunted town?

One of the most important legends is that the church serves as one of the seven portals to hell. The devil reportedly makes a personal appearance in the cemetery on Halloween at midnight to visit the grave of a witch with whom the devil had a child. Their child is said to materialize in the surrounding woods, taking on the form of a werewolf.

Visitors who have made midnight trips to the cemetery have fallen victim to various mysterious phenomena—many of them have reported experiencing missing time. They have found that although according to their watches they have spent several hours in the cemetery when all they remember is next to nothing!

For those who dare to camp out behind the church for a night or two, they will hear weird and awful noises! People who are brave enough to are encouraged to spend the night behind the church to avoid patrols performed by local police that occur every hour or two. People are encouraged to bring lots of extra batteries for their flashlights because they will have lots of problems with their flashlights going out mysteriously. It would also be a good idea to bring warm clothing, a tent and a cell phone (not to mention, telling a friend where you will be in case the devil tries to take you down to hell with him)!

The website Prairie Ghosts details the story in more depth, including an overview of the town’s history. They claim that not only is Stull a gateway to hell, but also that the Devil holds court there personally twice a year. They also detail rumors that the Devil has appeared there since the 1850’s and claims the original town name was Skull (the name Stull being something of a cover-up).

What Happened to Stull Church?

The old church itself, which dated back to 1867, was mysteriously knocked down in 2002:

At day’s end Friday, it was still a whodunit mystery befitting the spooky reputation of the abandoned stone church that once stood on the hillside above Stull Cemetery.

The limestone church, which for decades had drawn college students and others curious about the occult legends surrounding it, came tumbling down without much fanfare sometime Friday. Tracks near the church indicated that some sort of demolition equipment had been used to push the walls into the middle of the church.

The old church at the cemetery near Stull finally met its demise. Landowners aren’t yet sure who on Friday demolished the limestone structure, which local legend had purported to be a “gateway to hell.”

Major Weiss, a Lecompton resident who said he owns the land with two other members of Harvest Hills LLC, said late Friday that he hadn’t been informed the church would be razed and that he wasn’t sure who authorized the demolition.

“I didn’t authorize it to be torn down,” he said.

As for my trip, it was on a sunny afternoon. It is strange to go to a town and not see a soul, but there aren’t a lot of places where you would run into someone. The cemetery was locked with a big, fat no trespassing sign up (not surprised they discourage visitors).

But in a nod (I assume) to the history and interest in the place, there is also a sign pointing you to the local historical society for public records.

Alas, I experienced no personal signs of the occult (not that I cotton to that kind of stuff anyways). For some some other experiences, you can check out Roadside America.

As a final note, I have a theory that this influenced the some of the devil-worshipping ritual in Gillian Flynn’s novel Dark Places since she also went to the University of Kansas and set a devil-worship scene right outside Lawrence (Stull is about ten miles outside the city). I don’t have any proof of that other than a hunch, but her other novels Gone Girl and Sharp Objects are both set nearby in Missouri, while she centered her devil worhipping novel in Kansas. I don’t think that’s a coincidence!

5 Things to Bring with You to Visit Stull

Provided you’re not trying to trespass or break into the cemetary, you won’t need too much with you for your trip.

More about Traveling in Kansas, Missouri, and Oklahoma

Have you visited Stull Cemetery? Share your tips for how to get to Stull, Kansas or any questions about upcoming trips below!

Pin this For Your Trip to Kansas

3 thoughts on “Stull Cemetery: How to Visit the Gates of Hell in Stull, Kansas”