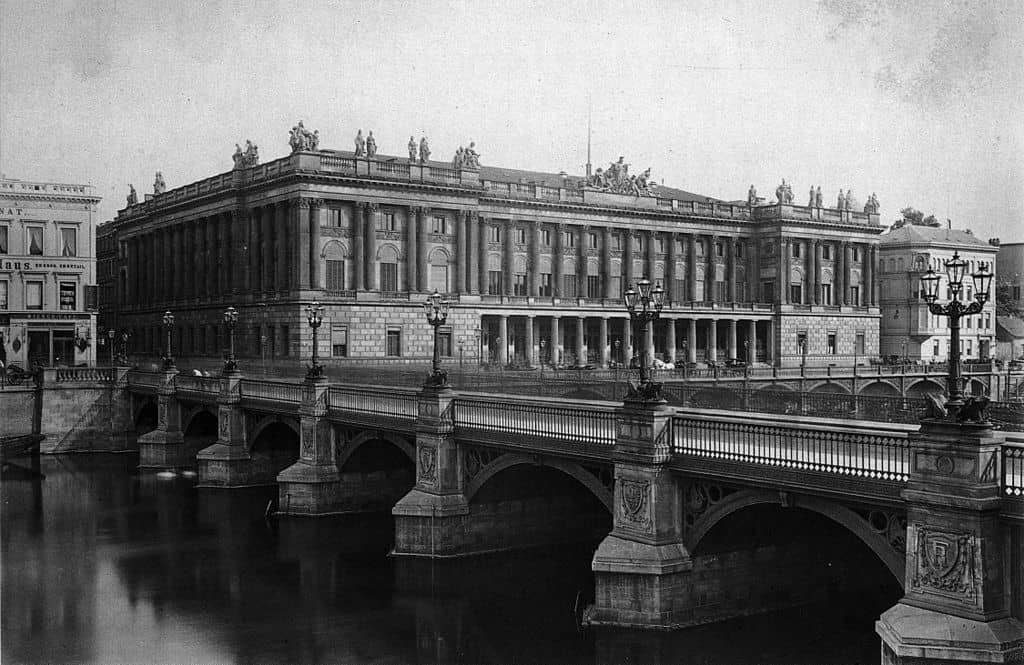 There is no shortage of history books covering World War II, and it’s even a joke that if you want to win an Oscar, just make a movie about the Nazis. But despite all of the attention paid to WWII and the years leading up to it, a lot of us don’t have a clear picture of what it was like to live in Berlin during that time. What was it like to watch Hitler rise to power, begin to attack both enemies and allies, and then eventually fail in his conquest? To find some of these answers, we turn to Nick Shepley, a history teacher who also hosts the Explaining History podcast, and has a line of ebooks for history teachers. Nick is so great at really digging in and making historical periods come alive, so I know you’re going to love this episode.

[bctt tweet=”This week, we explore wartime Berlin with the great @NickShepley on the #historyfangirl #podcast.” via=”no”]

Berlin: The Epicenter of Culture

Nick divides the time between the world wars into three periods. As he says, from about 1918-1923 Germany is in crisis, from about 1924-1929 it’s relatively stable, and then another crisis from 1929 to 1933 which ends with Hitler coming to power. But what’s fascinating is that during that stable period, radical politics move to the margins and Weimar Berlin becomes the epicenter of modernism. This is when you see writers like Christopher Isherwood move to Berlin, and the rise of influential cultural movements that are still with us today, like Bauhaus. But the freewheeling culture and society of Berlin, Nick says, may have actually helped Hitler—who was scribbling away at Mein Kampf—rise to prominence.

See also
7 Dresden Tours You Should Book & One to Avoid at All Costs!

[bctt tweet=”What happened in Germany, and specifically Berlin, between the two wars that brought on the rise of Hitler? #historyfangirl” via=”no”]

Hitler looks around at all of the avant-garde cultures and relaxing of strict mores and sees what he thinks of as a degradation of his country, led by Jewish citizens and Bolsheviks. As Nick says, fascism always has at its root the idea of rejuvenation: Things were always better sometime in the past, and now a single person is needed to rise up and rejuvenate the country. And so Hitler looked at Berlin and saw it as a festering sore that was preventing Germany from reclaiming its glory. Nick clearly is a natural-born storyteller, and you’ll want to hear how he paints a picture of this pivotal time in Germany’s history.

[bctt tweet=”Berlin was a swinging town in the 1920s. How did we get from the city as a cultural epicenter to the onset of the Nazis? #historyfangirl” via=”no”]

Berlin as war breaks out

As Nick tells me, while many in Berlin didn’t quite see the horrors of Hitler’s rise—or they chose not to—they were not ready for another war. He tells this amazing story at the dawn of the second world war in 1939 where Hitler rides out into the streets of Berlin in his limousine, prepared to be feted by the people, only to find the streets empty. Of course, things change by 1940, and people do begin to rally around Hitler. And the story Nick tells of why this happens is fascinating. If you have any interest in this time period, you’ll want to listen to this episode.

[bctt tweet=”.@NickShepley is full of great insight and stories about wartime Berlin, and we’re grateful he shared them with us! #historyfangirl” via=”no”]

This was such a fascinating conversation with Nick, to talk about what led up to Hitler’s rise, and what life was like for people there. For such a studied time, it’s always been something that I’ve looked at as history, as stories from the past. But seeing some of the signposts and some of the similarities between what was happening in Berlin between the wars and what has happened during our time, it’s a good lesson in how history can help inform how we understand our own time, and even help us recognize the shifting political trade winds as they happen.

[bctt tweet=”If you’re interested in the parallels between our time and the time leading up to World War II, you’ll want to listen to this week’s episode. #historyfangirl” via=”no”]