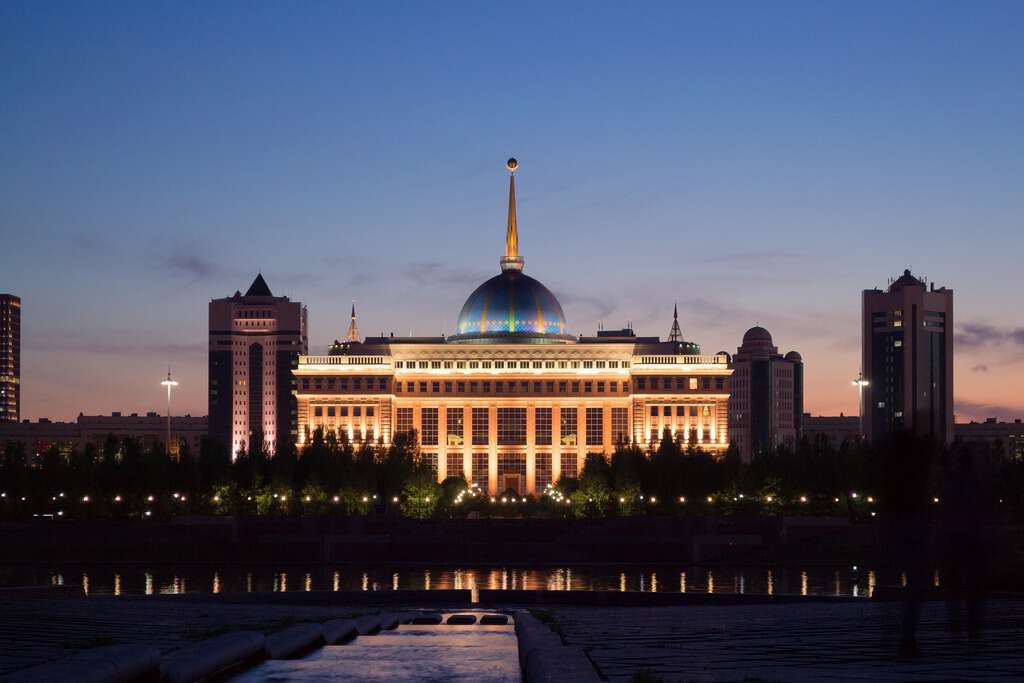 After spending a week in the country, I learned so many interesting facts about Kazakhstan that I had no idea about before setting foot there.

For such a large country, its history is obscured by that of the Soviet Union and the general romanticization of the steppe.

But Kazakhstan is a fascinating country with its own unique history, and I bet there are quite a few of these facts that will blow your mind, whether you’re interested in visiting or simply curious about Kazakhstan.

Kazakhstan is the ninth largest country in the world by land size. Larger than number ten Algeria and only .06 million square km smaller than Argentina, Kazakhstan is the world’s largest landlocked nation. (Source: World Atlas)

No Ocean? No Problem!

Just because Kazakhstan doesn’t have access to the ocean, doesn’t mean they can’t have a navy! The Kazakhstan Navy was officially established in 2003 after it changed from the even less intuitive Kazakhstan Coast Guard. Their maritime interests lie primarily in the Caspian Sea, the largest inland sea in the world, which borders Kazakhstan on the southwest. Oh, the Caspian Sea is also a major source of oil, which means that the money Kazakhstan spends to defends its interests here is most likely money well spent. (Source: The Diplomat)

Over fifty percent of the country is under thirty years old, while over twenty-five percent are under age fifteen. (Source: Britannica)

Considered one of the world’s kleptocratic autocracies, post-Soviet life has been far from a democratic dream. Since Kazakhstan declared independence from the Soviet Union in 1991, only one man has been president of Kazakhstan, current President Nursultan Nazarbayev. He “won” his last re-election with over 98% percent of the vote. (Source: CNBC)

Kazakhstan is One of Only Four Countries to Ever Denuclearize

After the fall of the Soviet Union, Kazakhstan inherited over 1400 nuclear weapons from the USSR. However, they voluntarily denuclearized and handed over all of their nukes back to Russia by 1995. Only three other countries have gone through a complete denuclearization: Ukraine, Belarus, and South Africa. (Sources: The Global Observatory & the Nuclear Threat Initiative)

For such a large country, Kazakhstan doesn’t have the same proportion of UNESCO World Heritage Sites as other comparably sized countries. However, it is extremely proud of its current five:

Kazakhstan was Devastated by a Manmade Famine

During the Kazakh Famine (also known as the Goloshchekin Genocide), the Soviet Union pushed collectivization and starved the nomadic Kazakh population of food, shipping it to Russia instead. While this famine is less famous than its contemporary, the Ukrainian Famine, it took a larger percentage of the Kazakhstan population. It would take decades before native Kazakh’s would outnumber ethnic Russians. (Source: The Library of Congress)

Astana may be the Capital, but Almaty is Kazakhstan’s Heart

The capital was moved to Astana in the late 1990s, and its unique take on over-the-top modern architecture certainly reflects its youth as a city. The capital has also become the center of the cult of personality surrounding President Nursultan Nazarbayev. However, the old capital, Almaty, is still the country’s cultural and spiritual capital. (Source: Eurasianet)

Kazakhstan May Be the Home of the Mythical Amazon Warriors

The ancient Scythian warriors, originally from the steppes of Kazakhstan and southern Russia, may have been the inspiration for the ancient Greek myth about the tribe of female warriors known as the Amazons. Though not a truly matriarchal society, the Skythians were much more fluid in terms of who could hold power. Burials sites of female warriors found in the past few decades have helped to corroborate this theory. (Source: Smithsonian.com)

The Soviet Space Program’s Roots are Actually in Kazakhstan

Historically, the Soviet space program launched from Baikonur, which was a hidden Cosmodrome in the middle of Kazakhstan. The first man ever in space, Cosmonaut Yuri Gagarin, took off from Baikonur. Today, all manned space missions, including those for American astronauts headed to the International Space Station, leave from here, except for Chinese missions, which leave from Jiuquan Space Launch Center. Civilians can pay to tour the historic facility, and they can even see rocket launches if the timing (and price) is right. (Source: NASA)

5 Things to Pack when Traveling to Kazakhstan

Pin this for Your Trip to Kazakhstan