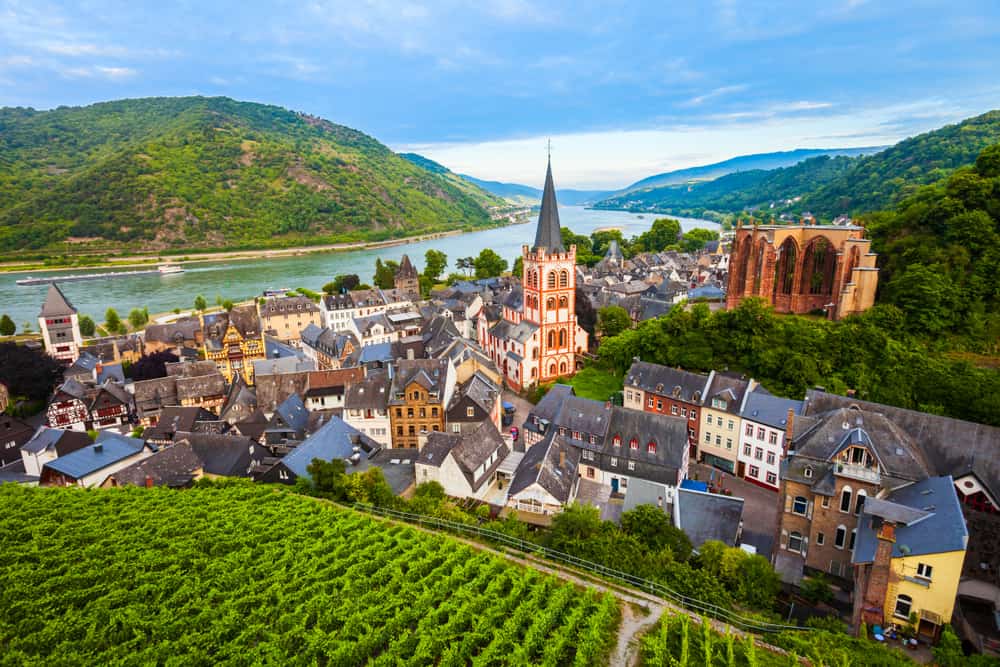 Looking for the best quotes about Germany? The lands that make up Germany have inspired travelers for millennia!

From historians to novelists and everyone in between, it seems everyone who comes here has something to say about Germany.

So whether you’re looking for travel inspiration or Germany Instagram captions, here are my favorite Germany quotes!

Here are my favorite quotes about Germany, including inspiration from, poems, literature, pop culture, and quotes by famous German authors!

See also
21 Things to Know Before Traveling to Germany: Tips & Advice for First-Timers

Now “my Germany” is not only a distant consciousness but a solid and living part of me that I carry with me wherever I go. –Zita Steele

I always say I have two hearts – one beats for Poland and the other for Germany. -Lukas Podolski

Germany is a great nation only because its people have so much Polish blood in their veins. -Friedrich Nietzsche

There is this advantage about German beer: it does not make a man drunk as the word drunk is understood in England.

There is nothing objectionable about him; he is simply tired. He does not want to talk; he wants to be let alone, to go to sleep; it does not matter where— anywhere. –Jerome K. Jerome

A German wine label is one of the things life’s too short for. –Kingsley Amis

No matter what its citizens get up to, Hamburg always manages to keep its nose clean. –Carey Harrison

To walk through the ruined cities of Germany is to feel an actual doubt about the continuity of civilization. -George Orwell

In Germany, salads are assemblies of ham and mayonnaise, not trendy tossed leaves. -Rachel Johnson

The buildings appear to be glued together, mostly small houses and apartment blocks that looked nervous. There is murky snow spread out like a carpet.

These handkerchief gardens are a traditional German solution to apartment dwellers’ yearning for a tool shed and a vegetable garden.

They make a patchwork of green in odd corners of urban land, along train lines or canals or, as here, in the lee of the Wall. –Anna Funde

Germany is, of course, my country. -Angelique Kerber

The left-hand lane is exclusively for the use of Porsches, BMWs, and Mercedes. Dark-colored vehicles only, please.

If you’re driving a white or silver car, please stick to the middle lane and moderate your speed. Loser!  –Cathy Dobson

What is now the EU was set up so that France and Germany could hug each other so tightly in a loving embrace that neither would be able to get an arm free with which to punch the other. –Tim Marshall

In Berlin, I worked from home, where the only other women sat sedately on my bookshelves.

They were good company, it has to be said, but a little quiet. –Luisa Weiss

Some guy in Germany has my face tattooed on the back of his calf.

That was wild. It was a decent tattoo job, but that’s kind of weird for me. -Megan Rapinoe

The most I’ve smoked in a day was over an ounce, in Germany. -Method Man

Germans at the time believed, a little oddly, that dyes k**led germs by turning the germs’ vital organs the wrong color. –Sam Kean

Poor old Germany. Too big for Europe, too small for the world. –Henry Kissinger

Quotes about the German Language

When one is polite in German, one lies. -Goethe

German is a much more precise language than English.

Americans throw the word love around for everything: I love my wife! I love all my friends! I love rock music! I love the rain! I love comic books! I love peanut butter!

When I went to Germany, all I knew were German swear words. -Son Heung-min

It might be hard, but it’s still more logical than English. -Dave Kellett

Learning German is what eternity was made for. -Mark Twain

Life is too short to learn German. -Richard Porson

German is only romantic if you have a past in it. -John Irving

A young lady has no s**, but a turnip has. -Mark Twain

No German knows what he actually wants to say. -Umberto Eco

Whenever the literary German dives into a sentence, that is the last you are going to see of him till he emerges on the other side of his Atlantic with his verb in his mouth. -Mark Twain

In German, there are a dozen different words that describe varying degrees of liking something a lot.

Germans almost never use the word love, unless they mean a deep romantic love. I have never told my parents I love them because it would sound melodramatic, inappropriate, and almost incestuous.

In German, you tell your mother that you hold her very dear, not that you are in love with her. –Oliver Markus

I’m German in my mind, but from a Germany that doesn’t exist anymore. -Karl Lagerfeld

I would sum up the German character best by saying that they are the best of losers and the worst of winners. –Edmund Ironside

The thing that I like about Germany is that Germans are so much like us. It’s not like going to some other countries, where the differences are overwhelming and you walk around in a fog. Germans are so similar to Americans. -Matt Damon

We needed 40 years to overcome East Germany. Sometimes in history, one has to be prepared for the long haul and not ask after four months if it still makes sense to keep up our demands. -Angela Merkel

The tears I have cried over Germany have dried. I have washed my face. -Marlene Dietrich

My struggle led to the reunification of Germany and the creation of the state of Europe. We destroyed the borders; globalization is on the horizon. -Lech Walesa

In my several visits to Germany, I have written in admiration of that country’s strenuous efforts to face its past and make amends. -Richard Cohen

In Germany, I have been acknowledged again since the fall of Hitler, but my works, partly suppressed by the Nazis and partly destroyed by the war; have not yet been republished there. -Hermann Hesse

In Germany, they have great difficulty with anything that smacks of cultism or messianic leadership. You can’t talk about leadership in its charismatic forms. -David Whyte

At German unification, we were lucky to get so much help from West Germany. Now, we have the good fortune of being able to help each other in Europe. -Angela Merkel

You by the phone

Are you all alone?

It’s a long way back to Germany

It’s a long way back to Germany

You can go anywhere.

You deserve some fun and rest.

You deserve the very best.

She went to Germany. Went there without me.

She went to Germany.

Left me in misery.

She went to Germany. Gots some style insanity.

She went to Germany.

Left me in disharmony.

Why you gonna do?

The lights are down in Germany

and Germany is closed to me

In a German way

Love the sight and love the sound

I wish that I could stick around

5 Things to Pack for Your Trip to Germany

I have an entire Germany packing list, that includes what to pack for Germany for every season, but here are some quick picks:

The Lonely Planet Germany guidebook for your trip. It can be hard to find big, international guidebooks once you land (or they’ll be way overpriced). Get yours ahead of time, either a hard copy or on a Kindle.

An Unlocked Cell Phone so that you can use a German sim card while here to help navigate public transportation and when you’re on the road.

Backup Charging Bank for your cell phone since you’ll be using it as a camera, GPS system, and general travel genie.

A Camera since Germany is super photogenic. I use a mix of my Nikon D810 and my  Samsung8 smartphone these days.

A Great Day Bag so you can carry what you need with you (like your camera, snacks, water, sunscreen, cash, etc).

My current favorite is the Pacsafe Citysafe, which is especially great for German cities because it has many anti-theft features designed to deter pickpockets.

It also transitions to a night bag more easily and won’t embarrass you if you go to dinner directly after sightseeing all day.

Read next: What to Pack for Germany: the Ultimate Germany Packing List for Women & Men

If you’re headed to Germany, start with my list of the 21 Things to Know Before Traveling to Germany so you’re prepared when you get here and my favorite reasons to visit Germany in autumn.

If you’re thinking of going to Berlin, check out my guide to the best Berlin day trips and my favorite Berlin souvenirs and gifts.

I also love visiting Dresden! Check out these beautiful pictures of Dresden and the best Dresden street art to inspire your trip. I also have a guide to the best Dresden Instagram spots, best Dresden tours, and what to do in the hip Dresden Neustadt neighborhood.

Before you leave for Germany make sure you have a valid Travel Insurance Policy because accidents happen on the road. I pay for World Nomads, and I happily recommend them. It’s especially important to get travel insurance if you’ll be hanging enjoying time in big cities where travelers can attract pickpockets.

I have been a paying customer of World Nomads for travel insurance for three years, and I happily recommend them.

If you get sick, injured, or have your stuff stolen, you’ll be happy to have the ability to pay for your medical bills or replace what’s stolen or broken.

Pin this guide to the Best Quotes about Germany & Germany Instagram Captions for Your Trip!