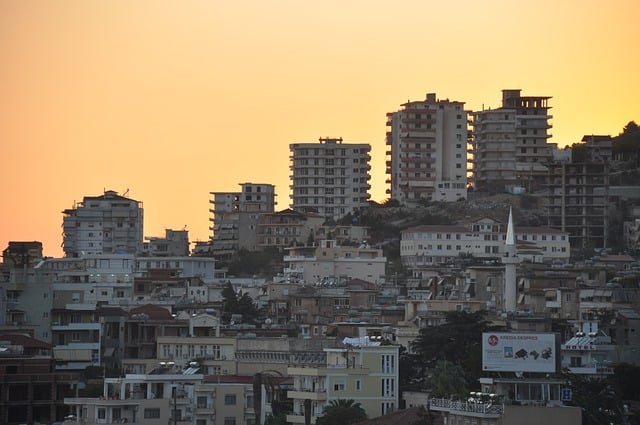 Listen to the Episode “The Hermit Kingdom of Albania”

When you think of an isolated, walled-off country, your mind might immediately go to North Korea. But during the Communist era, Albania may have actually been even more secluded, despite the fact it shared a border with Greece. On today’s episode, my guest is Allison Green, author of the Eternal Arrival blog, part of the Condé Nast Traveler blog network. We talk about what life was like in Albania after its independence from the Ottoman Empire, how the country became a pawn between Hitler and Mussolini, and how its tyrannical dictator walled it off from the outside world. Sound familiar?

[bctt tweet=”If you’ve never thought about traveling to Albania before, you’ll be buying your ticket after hearing my conversation with @eternalarrival” via=”no”]

A modern history of occupation

As Allison tells me in this episode, toward the end of the 20th century, Albanians began to develop a sense of nationalism, writers and artists began to foster an Albanian consciousness while the Ottoman Empire began to decline. And in 1912, rebels stage a series of revolts, leading to a declaration of independence from the empire in September of that year. But as soon as they create an independent state, Albania isn’t sure what form of government they want. The government goes back and forth from a monarchy to a republic, until the start of World War I when Mussolini marches his troops into Albania and occupies it, setting up the Fascist Party of Albania. And then Germany came in as well, and in 1943, pushed Italy out.

[bctt tweet=”100 years ago, Albania was a pawn in the struggle for power through two world wars. We talk through the #history with @eternalarrival” via=”no”]

The most Googled question about Albania, according to Allison, is “Where is Albania?” And hand-in-hand with that, is the question “Who are Albanians?” And while many Eastern European countries hung onto their religious institutions throughout various occupations, Albanians assumed the Islam of the Ottoman Empire. But it’s lived much differently than what many Westerners may think of when they picture Muslim countries. Interfaith marriages are common, pork is plentiful, and there is very little religious conflict within the country (until Communism took over). And what’s interesting is that the Albanian language is not related to other tongues in the area. It’s idiosyncratic and difficult to learn, and as Allison says, when she ordered two beers at a restaurant in Albanian, the waiter nearly fell over he was so surprised.

[bctt tweet=”The most Googled question about Albania is “Where is Albania?” Get to know more about it and its people in this week’s episode” via=”no”]

The rise of communism

Once the Soviets free Albania and the Communist Party takes over, Enver Halil Hoxha takes over as head of state in 1944, a position he would hold until his death in 195. Indebted to Stalinism, Hoxha begins purging the country of elites and intellectuals, and liquidates personal wealth and transferring it to the state. Thousands of people were expelled or thrown into gulags. But as soon as Stalin dies and Kruschev takes over, Albania’s relationship with the Soviet Union begins to fray. And surprisingly, Albania forges a partnership with another Communist giant, China. Unfortunately, as Albania bunkered down in its Communism, it became walled off and had very little access to the outside world. And then, when Mao dies in China, Hoxha severed that relationship, and the country’s last link to the outside world.

[bctt tweet=”The #history of #Albania features some of the harshest Communist rule in the world. Hear how that happened, and how the regime fell. ” via=”no”]

Why you should visit (and leave Liam Neeson at home)

The reign of Hoxha was brutal for Albania, and also not without its quirks. He was so paranoid, he built hundreds of thousands of concrete bunkers, in preparation for what he thought was the country’s imminent invasion. But by 1990, a revolution had come to Albania, and the Communist regime was toppled. That meant Albanians could once again travel abroad, and its borders were open to the world. There may not be too many diamonds in the rough in world travel these days, but Albania is a country full of mystery and beauty that you should try to see. And there’s no better guide to provide travel tips in Albania than Allison. (One pro tip: Don’t mention Liam Neeson or Taken).

[bctt tweet=”.@eternalarrival walks us through the whys and wheres of visiting #Albania. One pro tip? Leave Liam Neeson at home” via=”no”]

More info and photographs for this episode at: https://historyfangirl.com/the-hermit-kingdom-of-albania/ ‎

1 thought on “The Hermit Kingdom of Albania”