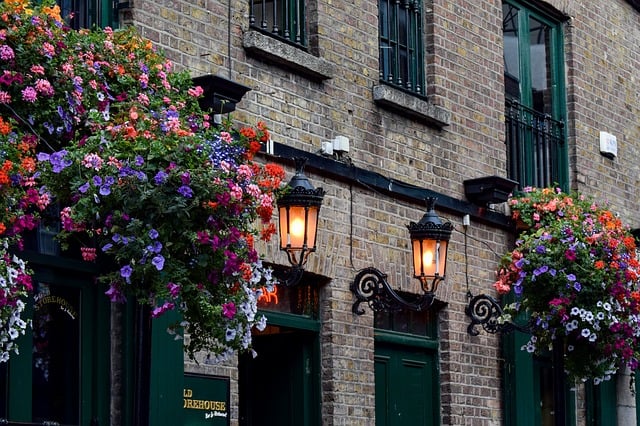 Listen to the Episode “The Literary Pubs of Dublin”

An Interview with Colm Quilligan, Owner of the Irish Literary Pub Crawl

I recently got to take an amazing trip to Dublin, Ireland, working with Failte Ireland, the tourism authority for Ireland and Northern Ireland. And one of the amazing things about working with a tourism board is that you get to see things that you might not normally see, or at least see them in a new light. That was the case for me with the Literary Pub Crawl of Dublin. It was a four-day excursion, and we got to see how the city’s pub culture fostered a literary and drama culture (and, we got to drink some great beer). It was also a great chance to taste and see many of the things that Ireland is famous for. My guest today is Colm Quilligan, the owner of the Dublin Literary Pub Crawl, and we talk about how pub culture gave us everyone from James Joyce to Samuel Beckett, along with some great beer.

[bctt tweet=”If you’re planning to #travel to #Ireland, you have to do the Dublin Literary Pub Crawl. Here from the man behind it on this week’s #HistoryFangirl podcast.” via=”no”]

How pub culture started in Dublin

We often think of pubs or taverns as respites from our busy lives, but as Colm told me, pubs—or public houses—were the center of Dubliners’ busy lives since the Middle Ages. They started as public houses because water quality was often poor, so a woman who was brewing at home would open her house to the public to serve, and eventually charge for, drinks. And then the authorities began licensing and taxing them as businesses, and they became centers of communities. People would often go there after work, sometimes they would even be paid for their day’s labors at the pub. So it was a center of culture and of commerce.

See also
Ireland or Iceland: 13 Points to Deciding Which Trip is for You

[bctt tweet=”From Vikings to Joyce, pubs have been at the center of cultural life in #Ireland since the 12th century.” username=””]

The oldest pubs in Dublin

As Colm tells me, the oldest pub in Dublin is The Brazen Head, which was positioned right at the main crossing of the old Viking city. When Dublin was an Anglo city, its city walls were often closed at night to keep the Irish out, and so you had pubs and inns popping up around the city, to host travelers waiting to get in. And the Brazen Head still stands more or less where it stood in the 12th century, right where the gates to the city would have been. But Colm’s interest really lies in the famed writers’ pubs of Dublin.

The political culture of Dublin

In 1929, the Irish government passed a censorship act, at which point the pubs of Dublin really became a central point for the city’s literary and journalism cultures. Three newspapers had offices within a quarter-mile of each other, and journalists would often adjourn to the pubs nearby after work. So you had those writers and editors there, but then also other writers who frequented the pubs to network and curry favor with those editors. And those pubs had the most Irish names imaginable, like The Bailey, the Bachelor, McDaids and Mulligans. Those places are still standing as-is today. And I asked Colm what it would have been like in the 1920s to go into one of those pubs, and he summed it up in one word, “smelly.” But pubs also played a key role in Irish independence, as Colm tells me in fascinating detail in this week’s episode.

[bctt tweet=”Pubs in #Ireland were where journalists gathered to talk shop. And they also played a key role in the Irish independence movement.” via=”no”]

As Colm says, Ireland’s greatest literary export may have been James Joyce. The famous novelist set many of his scenes in Ulysses in Irish pubs. Samuel Beckett is of course another titan of Irish culture, though he said pubs were centers of “paralysis, indiscretion and broken glass.” And then Flann O’Brien was, as Colm says, “very much a pub writer.” O’Brien was strongly associated with one pub in particular, called The Palace. What’s amazing about this chat with Colm, and his tour, is that for him, for Ireland, and for lovers of literature the world over, the pubs of Ireland bring the country’s cultural history to life. You need to check out the Dublin Literary Pub Crawl, it’s like a pub crawl crossed with Shakespeare in the Park, and it’s a must-do in Dublin.

[bctt tweet=”Flann O’Brien was an Irish pub writer. But Samuel Beckett thought they were full of “indiscretion and broken glass.” via=”no”]

1 thought on “The Literary Pubs of Dublin”