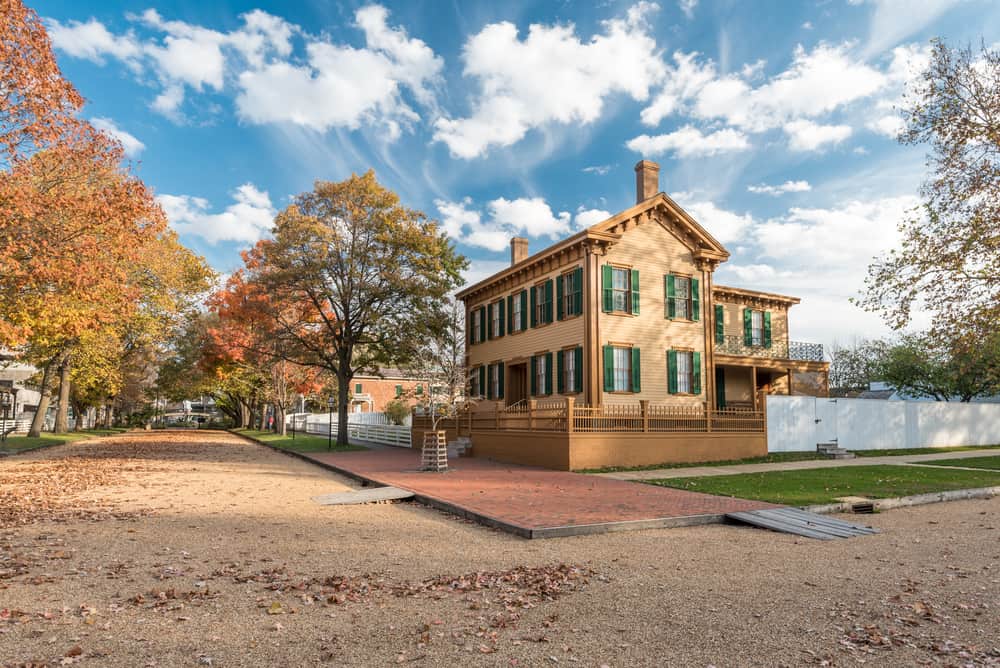 The Lewis & Park historic trail begins from Pittsburgh, Pennsylvania and extends to the Columbia River in Astoria, Oregon.

Traveling the entire trail takes about 4 weeks. It was established in November 1978 to commemorate the Lewis and Clark expedition that began in St. Louis in 1804 and ended in 1806.

For many hikers, the Lewis & Clark trail is a haven. You can explore the meadows, forests and mountains while enjoying the rich history of the trail. The two-year journey of Lewis & Clark might not have been easy, but it most definitely was worth it.

In summer, you can ride your bike up the rugged mountains and in winter, you may enjoy the trail while skiing or snowshoeing.

You can also go horseback riding, canoeing and/or whitewater rafting. The Lewis & Clak trail is also home to lots of wildlife which include prairie dogs, sturgeons, grizzly bears and pronghorn antelopes.

The Lewis & Clark trail is headquartered in Omaha, Nebraska. It also features a visitor center that exhibits information about major sites along the trail as well as explorers’ experiences along the trail.

This national park is located in Springfield, Illinois and it covers over 12 acres of land. It was home to the late US President Abraham Lincoln and his family from 1844 to 1861 before his presidency. It is the only home that the late president owned and a tour of the park is a great way to learn more about him especially his humble lifestyle before he moved to Washington for his presidency.

The park was established in 1971 after the Lincoln home was designated a national historic landmark in 1960 and is home to 14 houses including the Lincoln home as well as 37 other structures.

Access to the home for tours is only granted after you get a ticket at the Lincoln Home Visitors Center. The ticket is free, but is highly sought after so be sure to get your tickets before noon!

The home and the surrounding was restructured to look like 1860 Springfield so a tour would be most-satisfying! Besides the two-story Lincoln home, there is an Eastern National Book Store, Lincoln Presidential Museum and the Frank Lloyd Wright-designed home.

This 1,300-mile long trail is located in 5 US states; Illinois, Nebraska, Utah, Wyoming and Iowa. The Mormon Trail was traveled by members of The Church of Jesus Christ of Latter-day Saints for 3 months. It was established in November 1846. It was the settlement of the Latter-day Saints from 1839 – 1846. The early Mormons during their travel established several temporary camps and meeting places that are now marked as major sites along the trail.

Nauvoo, Illinois served as the starting point of the Mormon Trail where they first settled and began their journey. Eventually, Brigham Young, the Mormon leader and his followers were expelled from Nauvoo after tensions arose between the Latter-day Saints and other locals.

Today, the trail is a favorite spot for hikers, bikers, campers and horseback riders. There are also interpretive centers and museums to visit. Some part of the trail belongs to the public while others are privately owned, so access to some parts of the trail depends on whether the owner gives you permission.

Pullman National Monument is located in Chicago, Illinois. It was designated a national monument in February 2015 during the Obama administration.

The Pullman district is the site of the popular Pullman Company and the site of the violent Pullman strike in 1894. Pullman was also the largest employer of African American workers as of 1937.

To enjoy all the services this monument offers, first visit the Historic Pullman Shared Visitor Information Center. This center is located at Cottage Grove. There are quite a few staff of the Pullman Monument at hand to answer all your inquiries and give you all the information you would need for a complete and satisfying tour.

At Pullman National Monument, everything you need is within a walking distance hence easily affordable. You simply promenade in Pullman by getting a self-guided tour.

The National A. Philip Randolph Pullman Porter Museum and the Hotel Florence are a must-visit when in Pullman National Monument. There are also arcades, a Mosnart, a Gateway Garden and the Greenstone Church. You will never run out of things to see!

This national historic trail is located in 9 states in the US. It was named the Trail of Tears to commemorate the Cherokee who were all forced to leave their land in 1838 by the United States government. This led to the displacement of over 46,000 Cherokee Indians. Many Cherokee died on the way to finding a new life and finally settling in modern-day Oklahoma. Cherokee was removed from the east to the western USA.

You can walk up or down the trail, hike, bike and even navigate the trail on water using a boat.