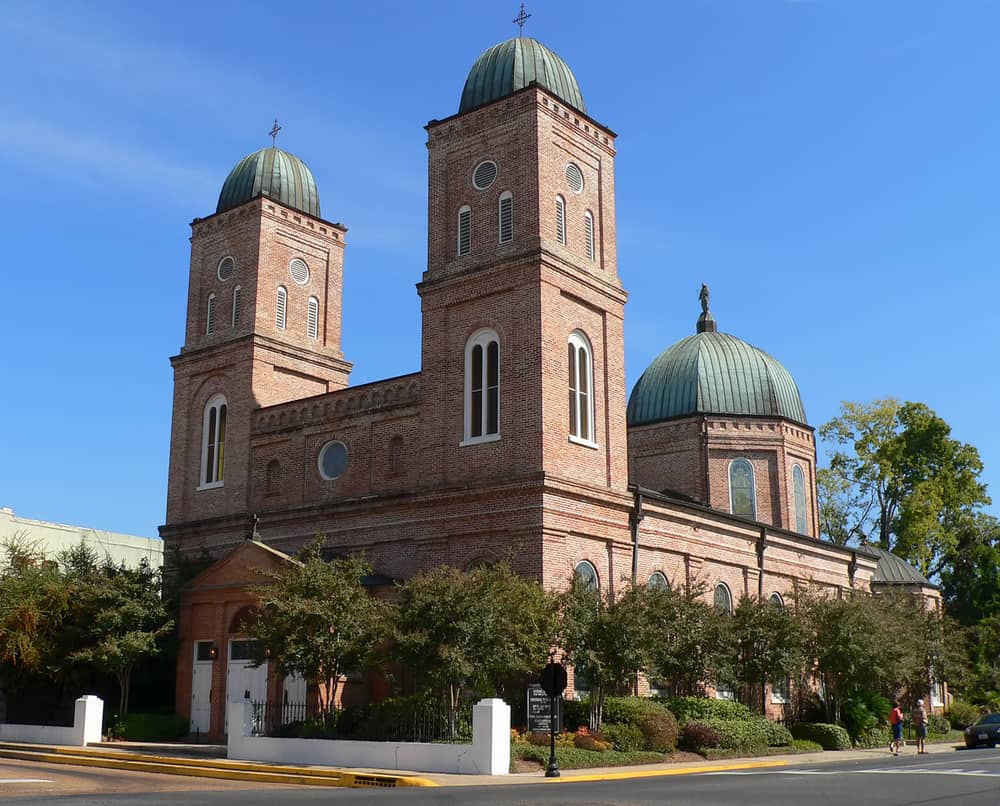 The Cane River Creole National Historic Park tells the 200 year-long story of slavery in the Natchitoches Parish, Louisiana. The proficiency and strength of the slaves who built the buildings; and the two major plantations that make up the park – Oakland and Magnolia Plantations.

All year round, there are activities to do in the park such as guided tours, and self-guided through the plantation buildings, stores, and slave tents.

The El Camino Real de Los Tejas is a National historic trail that spans 2,500 miles from Mexico through Texas to Natchitoches, Louisiana. The Spanish began using the trail as far back as 1690 after Spanish explorer, Alonso de León, made a trip to the eastern part of Texas for missionary business. However, other roads like the Old San Antonio Road and the Laredo Road were created to brave the varying weather conditions and interactions with the Native Americans.

The trail had several political, economic and cultural importance for the natives, settlers, soldiers, and missionaries who walked upon it. It served as a link between several cultural backgrounds and greatly promoted cultural diversity.

There are museums, parks visitor centers, and missions open for visitation along the trail that tell the story of how things used to be.

The park was founded in 1978 to preserve the deep history and culture of Southern Louisiana. The park is made up of six integral sites that offer different activities and attractions.

Historically relevant displays can be observed at the Barataria Preserve. In addition, this area is famous for hiking, bird watching, and ranger-guided walks for adults and children.

In Chalmette Battlefield, you’ll learn about the battle of New Orleans via talks, tours, and reenactments of the famous battle.

The Wetlands Acadian Cultural Center allows you the privilege of guided history walks, boat tours along the bayou while enjoying music from local musicians.

The French Quarter Visitor Center will educate you on the transformation of cultures and 300 years of cultural diversity in New Orleans. The activities at the park can easily take days to complete, however, there are no overnight accommodations on the park premises. You can get lodgings at nearby state parks.

After its formal recognition in 1987, Jazz became the most unique and indigenous musical art form in America, and New Orleans, Louisiana is widely recognized as its birthplace. The New Orleans Jazz National Park serves to continuously bestow the public with the gift of jazz to draw out public admiration and appreciation for the music. It also serves to preserve the rich culture and deep history of Jazz by educating the youth about the music genre.

The park allows you to learn about the rich history and core values of Jazz so that you may appreciate and promote the music in your own way. Also, it lets you experience Jazz in its finest and purest form, right in its birthplace.

After the construction of Stonehenge, Native Americans started to build a marvel of their own in Northeastern Louisiana, about 50 miles east of Monroe. Slowly but surely, they sculpted about 2 million cubic yards of soil into one of the biggest engineering marvels of all time. The product of their ingenuity and hard work created a 72-foot-tall structure with concentric semicircular designs that dwarfed all other earth-based monuments for two millennia. Furthermore, Poverty Point was famous for being a trade point after it was built.

You can closely observe and explore the hard work, culture, and history of very intelligent and talented individuals including thousands of hand-made unique artifacts that were built out of clay. You can also enjoy an educative tour of the museum, interesting programs, and guided tours.

The park is home to one of the most decisive events in the American Civil War. After the siege of Vicksburg, the two sides decided to devise a way to remember the fallen and their sacrifices. This decision led to the creation of Vicksburg National Military Park. Home to over 1,300 historical artifacts and exhibits, the park now represents the acknowledgment of the battle of Vicksburg.

Due to its numerous monuments and exhibits, the park boasts the Largest Outdoor Art Gallery in the world. Furthermore, you can learn more about the historical moments during the civil war via a twenty-minute-long movie that depicts the siege and defense of Vicksburg.

All visitors receive an official park brochure and map upon entry, therefore, you can go on a self-guided tour of the park and get transported to a different age.