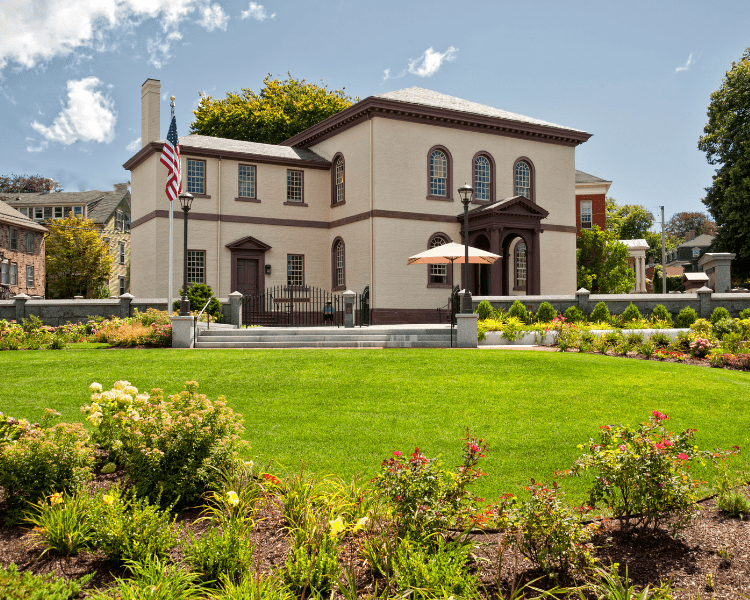 Often referred to as the birthplace of the American Industrial Revolution, Blackstone River Valley National Historical Park is the place where America’s first textile mill (Slater Mill) was built. Blackstone River was chosen as the power source or the mill due to the convergence of all the right conditions at Pawtucket, Rhode Island in 1970, such as capital, skilled and unskilled labor.

The park, which contains some of the country’s most fascinating history, spans from Worcester, Massachusetts to Providence, Rhode Island. The success of Slater Mill inspired other investors which led to the emergence of several other textile mills along the river.

The birth of the mill not only led to the transition of labor from farm to factory, but it also led to the construction of new houses, schools, churches, and towns due to the expansion of hydroelectrically powered mills all across New England.

You can learn about the rich history of Blackstone River Valley while taking hiking tours, after which you can bike along the 48-mile long Blackstone River Bikeway. The bikeway begins at Worcester, connects with the East Bay bike path, and ends at Providence.

The Roger Williams National Memorial in Rhode Island, as the name suggests, honors the life of the state’s founder who was a defender of religious liberty. The memorial was established by Congress in 1965 to recognize Williams’ contributions to the pursuit of freedom.

After being exiled from Massachusetts in 1636 for his ideals, Roger Williams founded Providence. His colony provided a safe haven for everyone where they may worship without fear of being persecuted by the authorities.

After years of study and deliberation, the park was opened to the public in 2017 with its exhibit “New and Dangerous Opinions”. Although the park educates visitors about the life of Roger Williams, it also allows for the scrutinization of various topics and views including, colonization, immigration, freedom, and faith. These topics apply to the ancient and modern world, therefore, the memorial is set apart from other historic sites because you are not only immersed in the past.

You can hike around the park on a tour of the important buildings in Providence, such as the Antram-Gray House, Roger Williams’ House Lot, Hahn memorial, Prospect Park, and Park Gardens.

The synagogue is a magnificently designed building with a long history that serves as one of America’s most ancient Jewish institutions with a thriving community. Founded in 1762, the Touro Synagogue is the oldest in the United States, it is also the only one still standing from the colonial period.

The congregation was formed in 1658 by Sephardim who had escaped religious persecution and were in search of safe refuge. Although they lived in fear, which can be observed via a trapdoor beneath the bema, they discovered the religious freedom that they sought out.

Although there have been some changes due to the pandemic, such as the closure of the Synagogue and the Loeb Visitor Center (a two-storeyed interactive exhibit), you can still take part in the outdoor events at the Patriots Park where the guides tell stories about the long history of the Touro Synagogue.

Entry into the park is free of charge for all on all days of the week. However, the tours run for two and a half hours (11 am-2 pm) with a maximum of 15 persons on each tour.

This National Historic Trail monumentalizes the 680 miles of land and water paths on which the allied troops of General George Washington and French Lieutenant General Comte Jean de Rochambeau traveled during their march from Newport, Rhode Island to fight the British Army in Yorktown, Virginia in 1781. The French Army maintained an encampment on what would be known as the Meadowood Special Recreational Management Area (SMRA).

The trail’s extensive geographic reach connects major cities, national and state parks, historic and scenic paths, and a plethora of other historical places. A tour of the park also includes a visit to Gunston Hall where George Mason, a prominent defender of individual liberty and the author of the Virginia Declaration of Rights, lives.