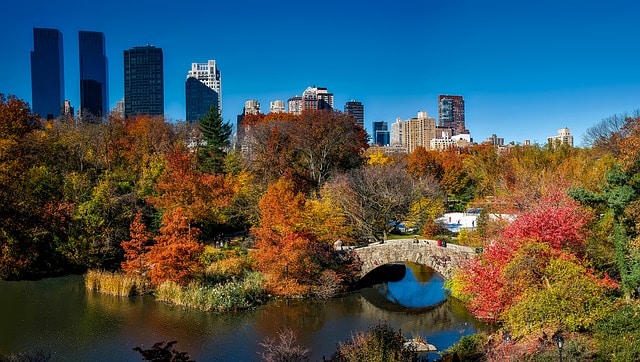 Though it may seem like Central Park has always been a landmark for visitors and native New Yorkers alike, that’s not actually the case. The park, like much of the city, was very carefully mapped and planned out. But unlike the rest of the city, which was aligned to a strict and orderly grid, Central Park was designed to be wild: To mimic the untouched wilderness in other parts of America. Why was the park designed this way, how did its designers create such an unusual urban space, and what has caused the ebbs and flows of America’s most famous park over the decades since? There’s only one guy who could answer these questions: Ariel Viera of The Urbanist.

From Swamp to Central Park

Ariel is well known for merging the old and the new, conducting his deep dives in the history of cities via Facebook Live. And that’s where this episode is actually taken from, our chat on the platform. Ariel told me about how, when the park was being conceived, it wasn’t initially planned for its current location. City officials thought about building the park along the East River, but then were afraid that many couldn’t make the trip to visit. But before it became a park, it had, as Ariel tells us, a few shantytowns, and actually a thriving, self-sufficient African-American neighborhood called Seneca Village. How did the swampy, rocky land become a famous urban oasis? And what happened to the people who lived there?

The city held a competition to design the park, and Frederick Law Olmsted and Calvert Vaux won for their unusual, innovative design. While New York wanted to differentiate itself from major cities like London, which had small, mannered parks, Olmsted and Vaux had a wholly unique vision. They wanted to create a wild space akin to recreating the Adirondacks in the middle of the city. “These two guys blew people’s minds,” Ariel told me. And of course, other cities began hiring Olmsted and Vaux to build parks for them, as well, and they went on to design more than 700 parks around the country.

From Oasis to Eyesore: What Happened to Central Park?

If you’re like me and grew up at a time when Central Park was considered an unsafe part of the city, then you may be surprised to see what it’s become today: A beautiful tourist destination. Ariel took me through the park’s topsy-turvy history, from the mob hits that would take place in the 1920s, to the eventual closing off of the Ramble Cave, because of all of the crimes committed in the remote part of the park. The trouble extended up through the 70s and 80s, until the Central Park Conservancy was founded and began raising funds to help restore and maintain the park. Ariel has a lot of stories about what happened in the park, and how it shifted over the years, and you’re going to want to hear them.

Of course, today the park is a completely different place, the most visited park in the world, with some 29 million visitors annually, according to Ariel. He gives us his five must-see destinations for visitors to the park, and while I won’t give all of them away here, he does shout out the beautiful Bethesda Terrace and eases my mind about whether it’s cool to hop in a rowboat around the park. Ariel is full of insight and enthusiasm for the most prominent park in the States, and if you’re like me, and love the nitty-gritty details of urban history, this episode is a must-listen. 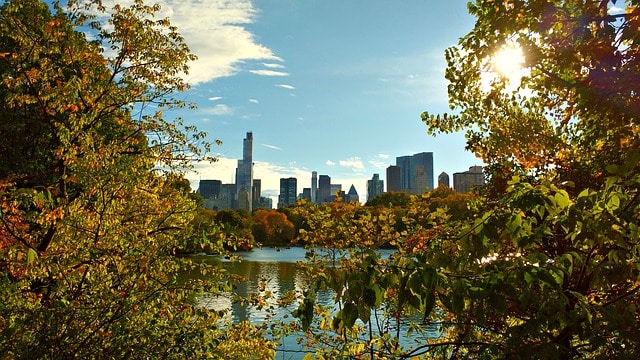