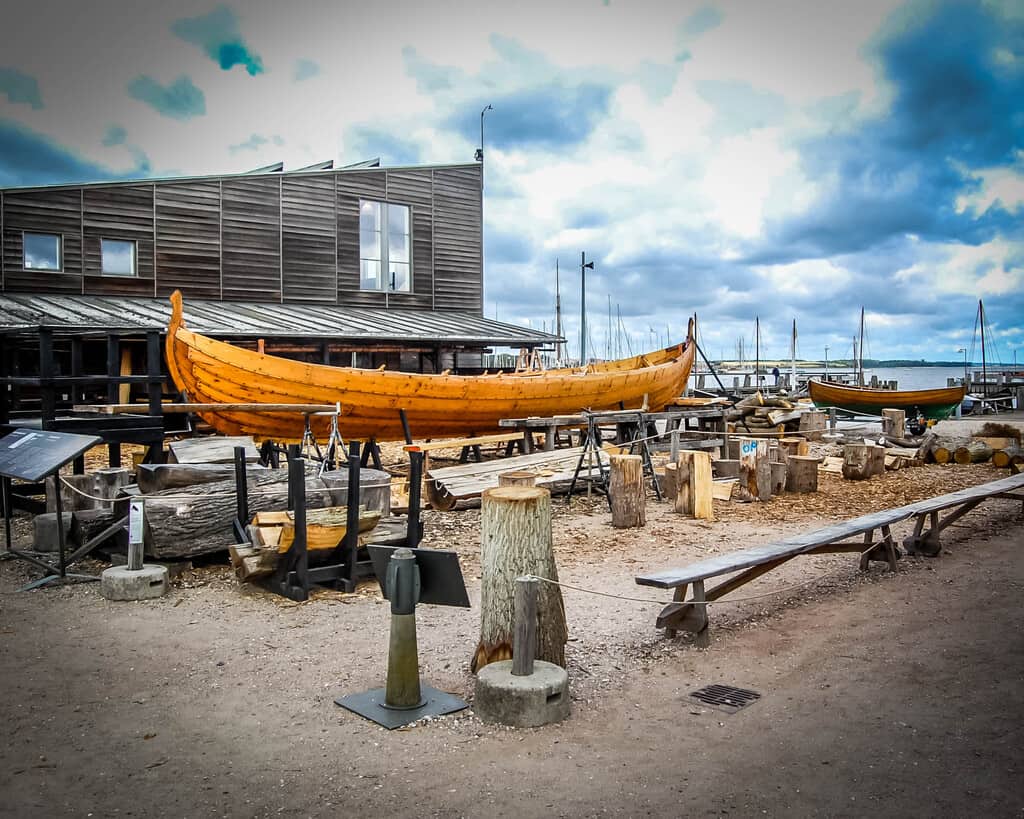 On today’s episode of the History Fangirl Podcast, we talk with Noah Tetzner, host of the fantastic The History of Vikings Podcast. Vikings have come up a few times on this show, including their time in Iceland’s Thingvellir and their sacking of Lindisfarne. So this time we turn to another sliver of lesser-known Viking history and talk about their time in Denmark. As Noah tells me in this episode, while the Vikings may have a reputation for violence and pillaging, they were actually a simple, agrarian people. On this episode we talk about Norse mythology, Viking raids and a man named Bluetooth.

[bctt tweet=”On this week’s #HistoryFanGirl podcast, we return to one of our favorite topics, Vikings!” via=”no”]

The Vikings of Denmark

[bctt tweet=”Vikings are known for their raiding and their sacking, but according to Noah from The History of Vikings podcast, they were simple people. #HistoryFanGirl” via=”no”]

Raiders of the Lost York

When Vikings settle in Denmark, they’re really set up as a series of farming communities. But they do gain notoriety when they show up on the shores of England and raid Lindisfarne. Denmark becomes one of the most powerful nations in the world, and the Viking structure transitions from a loose collection of farming towns to more of a traditional monarchy. The nation of Denmark really begins with the second king, King Harald Bluetooth, who came to power in 958. And he’s significant for a number of reasons, but in particular history will remember him for making Christianity the state religion of Denmark, and setting the country on a similar course to other world powers.

[bctt tweet=”Who is one of the most important monarchs in Danish history? A guy named Bluetooth, believe it or not. #HistoryFanGirl” via=”no”]

The founding of Roskilde

King Harald Bluetooth, aside from inspiring the name of everyone’s favorite local wireless technology, also founded the city of Roskilde. If you’re ever traveling to Denmark, Roskilde is a must-visit, particularly the Viking Ship Museum, where you can actually crew a Viking ship. Also worth visiting in Roskilde is the cathedral, built in the 12th and 13th centuries, which is also known as the royal burial cathedral. Danish monarchs since the 15th century have been buried here, making it an amazing place to connect with history.

[bctt tweet=”If you’re planning to #travel to Denmark, you have to hit the Viking Ship Museum. #HistoryFanGirl” via=”no”]