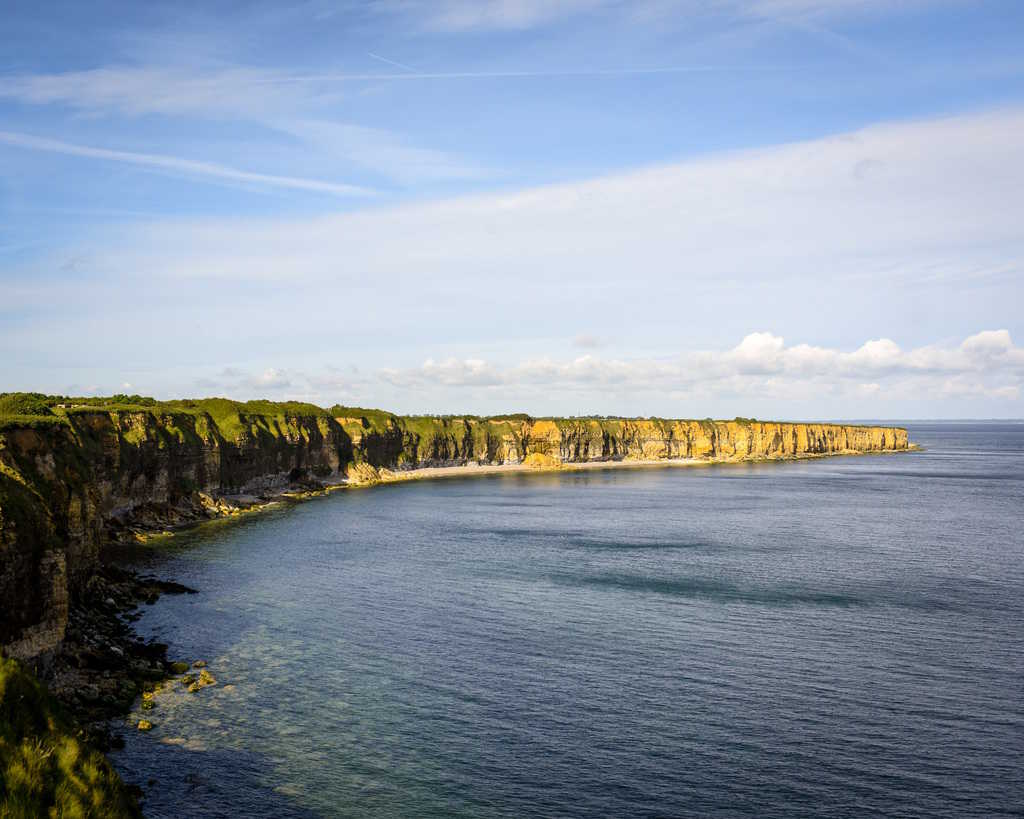 Listen to the Episode “The Beaches of Normandy”

We all know the basic story of the Allied Forces storming the Beaches of Normandy in World War II. It’s one of the most dramatic and harrowing events in modern warfare. But my brain couldn’t comprehend the size and scale of the allied forces’ operation, and the sheer number of casualties taken on those beaches of France. I had the honor of traveling to Normandy with Liberation Route Europe, a nonprofit that helps travelers interested in history connect with savvy tour leaders, and which helps celebrate the history of this amazing part of the world. And I had the even greater honor of interviewing Jory Brentjens, a historian for Liberation Route Europe, and I think even if you know the story of D-Day, you’re going to want to hear what Jory has to say.

[bctt tweet=”This week, we do a deep dive on the beaches of #Normandy with @liberationroute. #HistoryFanGirl” via=”no”]

Before the Storm: Planning in Advance of Hitting the Beaches of Normandy

As Jory tells it, such an enormous operation took a herculean effort by the Allied Forces to plan. There were more than a million people assembled in Southern England, readying for the invasion. General Dwight D. Eisenhower was in charge, but the Allies were truly allied, British officers were in charge of both the air and naval wings of the operation. The Allies had set up decoy missions, along the Dutch border and elsewhere, to try to throw the Germans off the scent. Meanwhile, the German army was having difficulty, with no single commander in charge of the defense. But that doesn’t mean they didn’t have deadly preparations in place.

[bctt tweet=”In this week’s episode, we’re talking the #DDay invasion, and the massive effort to pull it off. #HistoryFanGirl ” via=”no”]

Why the Beaches of Normandy

The Allies could have tried to take back France via a number of routes, but Normandy provided several factors that won the day. The generals were particularly concerned about the weather, which could hamper the operation, and Normandy is somewhat sheltered. The area was also fairly close to England, within reach of Allied fighter jets, and German defenses were not as complete as in other regions. The Germans anticipated a raid in Calais, thanks to its proximity to England, so the forces decided to strike where they had a better chance of breaking through. But, as Jory tells us, and as we may have difficulty grasping, that doesn’t mean it was anything but harrowing.

[bctt tweet=”If you want to pay your respects to the #DDay soldiers in #Normandy, reach out to @liberationroute. #HistoryFanGirl” via=”no”]

There were six beaches planned for the raid, with American forces landing on three of them. Jory and I discussed the famous story of John Steele, the paratrooper who landed on the spire of a church in Sainte-Mère-Église and avoided German notice. But that’s a happy story in an otherwise terrifying tale. Jory describes the scene on the beaches as “completely insane,” with German forces sinking Allied boats in the water, exploding mines on the beaches, and unleashing heavy artillery on the incoming troops. At Pointe du Hoc soldiers had to use ladders and anchors tied to the ends of ropes to scale the cliffs to secure the area, while German soldiers fired down upon them. And though the battle to secure the beaches only took a couple of days, the real battle was to secure Normandy, a fight that took months, and which Jory told me, was “hellish.”

[bctt tweet=”If you want to know where to start when visiting #Normandy, start with this episode. #HistoryFanGirl” via=”no”]

Connecting the Past to the Present

There is a ton of history in this episode, and Jory has a lot of fascinating details about both how the invasion was planned, and what happened on the ground. I had the great pleasure of visiting many of the historic locations around Normandy, an incredibly emotional experience as you visit the various museums, and spend time among the thousands buried in the official graveyards. The lessons of the past are never too far from us, and I couldn’t help connect the way France and Germany responsibly memorialize their past, with how America is wrestling to do the same.

[bctt tweet=”What does the way we honor the dead from #WW2 have to teach us about our own wrestling with history? #HistoryFanGirl” via=”no”]

The prize for this week is a copy of Mike Duncan’s forthcoming book The Storm Before the Storm. It comes out on October 24! To enter, simply be a newsletter subscriber and leave a comment on this blog post. The contest ends Sunday, October 29 at midnight.

1 thought on “The Beaches of Normandy”