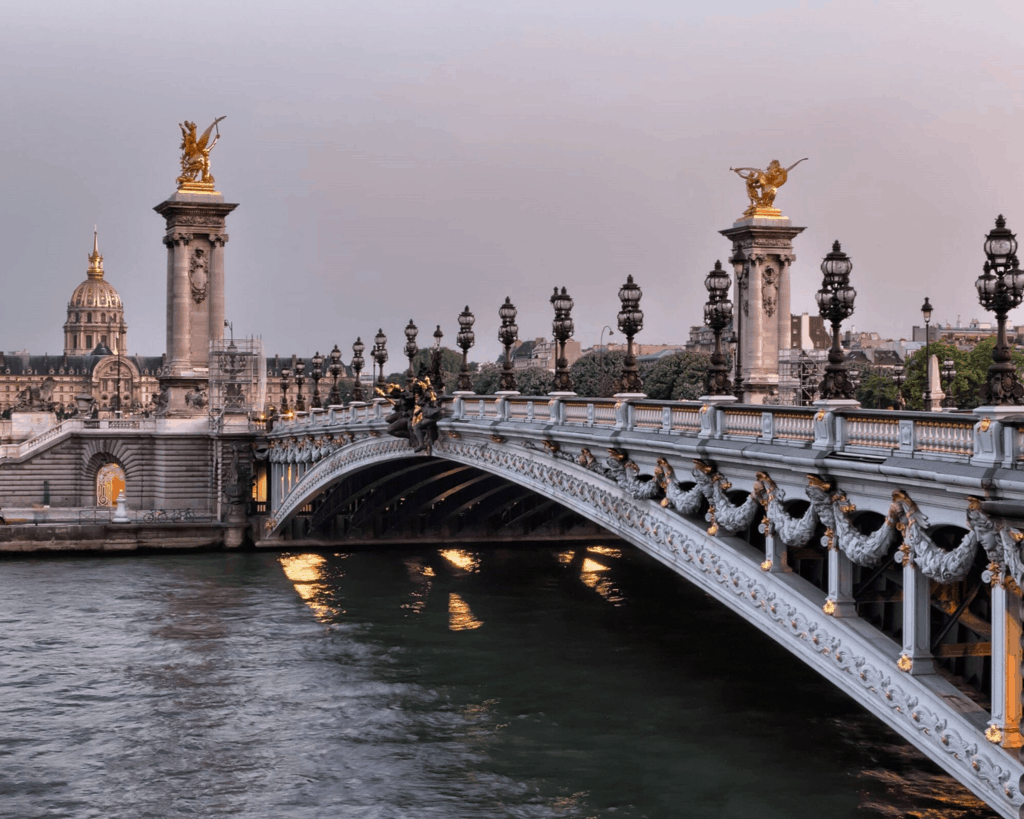 A Roman army led by Titus Labienus, in 52 BC, defeated the Parisii establishing a Gallo-Roman garrison named Lutetia. The whole town was Christianised during the 3rd Century AD and was occupied by the King of Franks, Clovis, as his capital in 508 after the collapse of the Roman Empire.

Lutetia was one of the Roman cities and the predecessor of present-day Paris and its Parisii people. The name Lutetia was changed to the City of the Parisii in 305 AD, and it was written on milestones by Civitas Parisorum.

It was changed to Parisius ( Latin ) and Paris ( French ) by the Late Roman Empire.  Like its History, the historical places of Paris are also captivating, and most of the sites and monuments have been inspired by the Roman style, Roman amphitheaters, and Roman structures.

Though some of the sites were sacked and occupied by the French revolutionaries during the French Revolution, numerous other sites still belong solely to Paris. The most known five historical sites have been listed here with details.

The Chapelle was built in a Gothic Style as the Royal Chapelle. The primary purpose of making it was to house the King’s collection of religious relics, Christian artifacts, Crown of Thrones, True Cross, and relics related to the crucifixion of Christ.

The main reason for the Chapelle gaining popularity since its construction is the stained glass used to decorate and build it. The stained glasses used are the most extensive collection of the 13th Century.

Till today, people visit and are astonished by the unique and eye-catching stained glasses.

Musee du Louvre was initially built as the residence of the Kings of France and was turned into a museum about two centuries ago in around the 12th Century.

It was mainly built for King Philip August as he proclaimed Paris his capital and built a centralized building. Since then, it holds about 35,000 works of art, including the Mona Lisa’s masterpieces, a statue of Leonardo da Vince, Ancient Egyptian mummies, and  La Venus de Milo.

The museum was opened to the public in 1793 and was the first national museum of France. Initially, it had about 500 artworks and was increased to 35,000 with time.

People began regularly visiting since it opened in 1793 and has become one of the most visited museums in the world since then.

The most famous tower globally, the Eiffel Towers, was named after Gustave Eiffel, an engineer. He was also well-known for the bridge, Garabit viaduct, located in France.

See also
How Bordeaux Got Its Wine

The construction work took almost two years to be complete. The work began on the 28th of January 1887 and was completed on the 31st of March 1889.

The primary purpose of building it was to create a building to make it one of the main attractions for the 1889’s Paris World Fair. It also showed the advancement of steel and iron during that period and remained the tallest tower in the world for about 41 years from 1889 up to 1930.

The tower is amongst the most famous historic sites for making Paris known for over 130 years. It began impressing the world at the 1889’s World Fair by its daring and stature design.

The tower has two main restaurants, a banquet hall, several buffets, unique gift shops, and a champagne bar. Over 250 million people have visited the famous historic sites since their opening in 1889

Morte Dame Cathedral, meaning Our lady of Paris, is a Catholic Church built in the medieval period. It is located in the 4th arrondissement of Paris.

The Cathedral is one of the finest examples of French Gothic architecture built in honor of the Virgin Mary. The building work started in 1163 and took over 182 years to be complete.

The construction began with the main hall, which consisted of a choir, towers, embellishments, chapels. The overall structure was completed by 1345.

The time it took to complete was worth it as the monument became the most famous for its size, with dimensions of 125 m in length and 48 m in height. The size symbolized the power of the cathedral,  includes the most significant seat for the bishop, and plays a vital role in religious as well as secular life.

Apart from these, the Cathedral was used for royal coronations, noteworthy events, and weddings. Unfortunately, it was destroyed by a massive fire on the 15th of April, 2019, that was assumed to have been caused due to any one of the reasons – improperly extinguished cigarette or an electrical short circuit.

Though the fire destroyed most of the roofs and upper walls, it is under construction and will be open for worship by March 2024. However, people are let in to visit the unfinished cathedral for now.

Arènes de Lutèce, meaning Arenas of Lutetia, is one of Paris’s most visited and most famous historical sites. It was built in the 1st Century AD and could fit about 15000 people at once while showing the Roman gladiators combats.

This Roman Amphitheatre is the oldest historical monument of Paris and the third-largest Roman Coliseum. Initially, the ground-level spaces were used to keep caged animals, and the arena was used to showcase the circus.

However, today, the site is used for numerous purposes depending on the age group. The youngster used it to play soccer, and the older men are seen playing boules. It has also become a public park with flowering plants, specimen trees, and grassy slopes.

The historic sites of Paris and other cities have always mesmerized people since their construction. Those as mentioned above are amongst the most famous historical sites. However, other sites in Paris should not be missed while visiting the city. The most attractive ones include Pont Alexandre III, Place de la Concorde, Crypte Archeologique Paris, Les Invalides, and The Catacombes