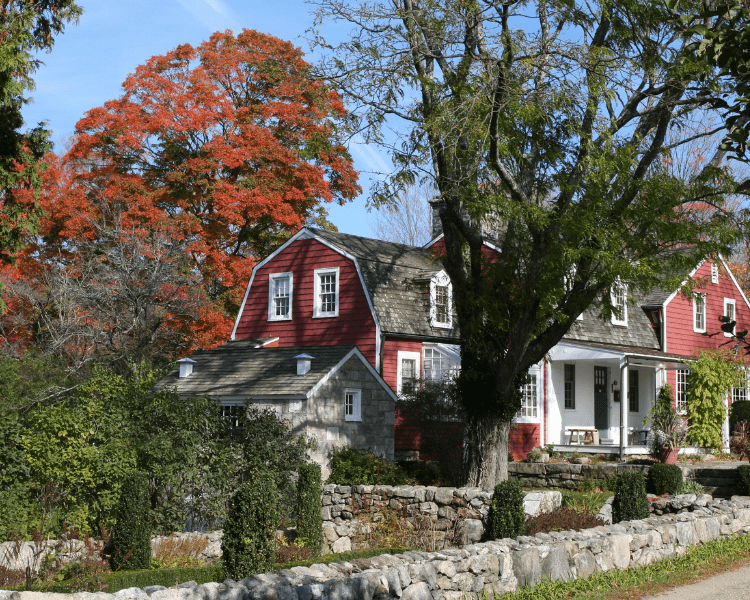 Located in the beautiful Appalachian Mountains in eastern United States, this trail is a footpath of over 2,180 miles which passes through 14 states including Georgia, North Carolina, Virginia, Tennessee, Maryland, New Hampshire, Vermont, Massachusetts, Maine, Pennsylvania, Connecticut, New York, New Jersey, and West Virginia. The lengthy trail is surrounded by beautiful and rustic scenery. This trail has origins as far back as 1921, however it was unavailable to the public until 1937 when it was officially opened. Today, the trail is managed by a number of agencies and volunteers including the Appalachian Trail Conservancy, the National Park Service, and the United States Forest Service. Known to be a popular trail for thru-hikers, visitors to the Appalachian National Scenic Trail can enjoy multiple activities including tours, camping, beginner to expert level hiking, scenic drives, and a lot more.

Although still a work in progress, the Coltsville National Historical Park is one for the history books. The name “Coltsville” was coined from the name Samuel Colt, who was one of America’s leading innovators. He made ground-breaking exploits in the manufacturing industry. Colt created an industrial empire within the Coltsville grounds located in Hartford, Connecticut. Here, you will find the Blue Onion Dome which stands out in the park, the dome has been in Coltsville since 1855, and is undoubtedly a signature monument to the park. This Park was initially established as the Colt Industrial District, even getting listed in the National Register of Historic Places in the year 1976. In 2008, the 260-acre land eventually became a National Historic Landmark, before finally, in 2014 becoming what it is today – A National Historic Park. Currently, the park has very limited services due to its upcoming status, however, visitors can still engage in some activities including self-guided tours, and learning about the rich history of the park.

This 215-mile trail passes through over 40 districts in Massachusetts and Connecticut. The England National Scenic Trail was established over 50 years ago. It is a combination of THE Metacomet, Mattabesett, and Monadnock Historic (M-M-M) trail systems. The trail holds historic significance with colonial landmarks, it is also rich in wildlife and a range of natural resources including thick forests, waterfalls, mountains, lakes, and streams. In 2009, the trail received federal designation and has since undergone several notable adjustments such as a 4-mile-long expansion into Long Island Sound in Connecticut. There was also an extension of over 22 miles east of the historic Massachusetts Metacomet-Monadnock trail. Visitors to the New England National Scenic Trail can enjoy moderate to strenuous level hikes, as well as enjoy some of the scenic sites including the Connecticut River, Holyoke Range, Oxbow, and Mount Tom Range.

This historic 600-mile-long trail was plied by America’s founding fathers specifically General George Washington, the French Lieutenant General Comte Jean de Rochambeau, and their armies. The Washington-Rochambeau Revolutionary Route National Historic Trail is a composition of both land and water trails. In 1781, the troops marched all the way from Newport, Rhode Island into Yorktown in Virginia, establishing a campsite which is today known as the Meadowood Special Recreation Management Area (SRMA). The American and French armies teamed up to defeat the British Army in Yorktown, their joined forces will together become the largest troop battalion for the American Revolution. This historic alliance resulted in a battle victory for the forces, securing America’s independence. Visitors to this historic trail can see Gunston Hall, which was the home of one of the founding fathers. Visitors can also hike, paddle, or bike along the trail.

Home and studio to popular American Impressionist and painter, J. Alden Weir, this historical 60-acre grounds are a beautiful sight to visit. While here, you will find the artist’s preserved studio and home amidst lush fields, water bodies, and stunning forests. It is no wonder why it is often referred to as the “Great Good Place.” The Park has origins as far back as 1882 when the painter moved from New York to the location in Branchville, Connecticut. He and his family will then customize the hillside farm to become their home. Today, the scenic park serves as an inspiration for other artists. Visitors can enjoy the artistic inspiration the park offers, as well as see the preserved barns, fields, and eye-catching stonewalls which make for a stunning backdrop for photos.