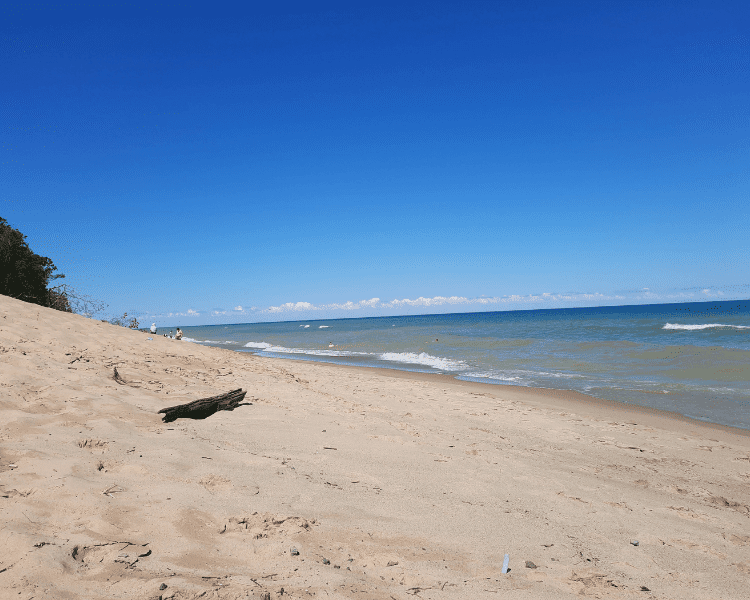 Located in Southwest Indiana (Vincennes), the George Rogers Clark National Historical Park is open all year round to visitors. This park was created in 1931 as a memorial to George Rogers Clark, an American colonel. During the revolutionary war in 1779, Clark led 170 militiamen on an 18-day trek through rigid weather and conditions until they captured the British forces in Fort Sackville.

Also, stop at the Visitors Center to watch the 30-minute long park film about Clark and his victory during the freezing winter of 1779. The Visitors Center also features a national bookstore and exhibits that tell history about the area and how the monument was built. Finally, while you are at Vincennes, grab the opportunity to visit the exotic restaurants, antique stores, and other historic sites around the area.

Named a national park in 2019, Indiana Dunes National Park sits in Northern Indiana, about 15 miles away from Gary. There are several ways to enjoy this park, including partaking in fun activities like swimming, hiking, and camping. Visitors also enjoy birding, fishing, and picnicking at one of the 8 beaches in the park.

The park boasts 15,000 acres of dunes, considered the best in the area. Here, you can explore 15 miles of the southern shore of Lake Michigan and hike one or more of the several hiking trails in the park. The trails are mostly flat, which makes it easy and enjoyable for visitors. You will also enjoy the enchanting sights of the beach, forests, prairies, forests, rivers and wetlands.

Visitors also enjoy locating and scouting for birds and animals at this national park. Indiana Dunes has about 352 species of birds, along with 46 mammals and a number of reptiles and amphibians.

This park also offers camping opportunities with about 140 campsites for visitors who want to stay the night. The campgrounds are pretty comfortable, boast modern amenities and a large parking area. Also, you can make a stop at the Bailly Homestead and Chellberg Farm to check the history of the first settlers in this area.

The Lewis & Clark National Historic Trail stretches 4900 miles and cuts across 16 states, including Indiana, Pennsylvania and Oregon. This trail commemorates Lewis and Clark’s expedition across the 16 states between 1804 and 1806.

Indiana wasn’t recognized as one of the states that the trail covered until 2019, when the trail was expanded to include Indiana, Kentucky and other areas. According to the expedition story, Lewis and Clark met up in Indiana before their famous expedition began.

In Indiana, this trail is located along the bank of the Ohio River and boasts nature, trails, and historical sites. Visitors can enjoy different forms of adventures along the routes of Lewis and Clark. This includes driving along the rugged path of the historic trail, taking in the views of the Ohio River, viewing the fossil beds across the Ohio River and relaxing at the picnic tables overlooking the river. While you are here, you can also make a stop at the George Rogers Clark memorial site at Vincennes and the Oak Hill Cemetery and Arboretum at Evansville.

Lincoln Boyhood National Memorial was established to commemorate former US president Abraham Lincoln. This national park preserves the farm the late President used to live on during the 19th century. The park is open all year round and sees about 148,000 visitors every year who learn about Lincoln’s life from Boyhood to manhood.

See also
50 Quotes about Texas that Can't Be Messed With

Lincoln Boyhood National Memorial also has a Pioneer Cemetery that marks the site where Abraham Lincoln’s mother, Nancy Lincoln and 27 other settlers were buried. Stop at the Visitor Center to enjoy the 15-minute park orientation film and explore the museum and memorial hall when you visit this park.  The visitor center entrance also displays five sculptured panels depicting Lincoln’s life.