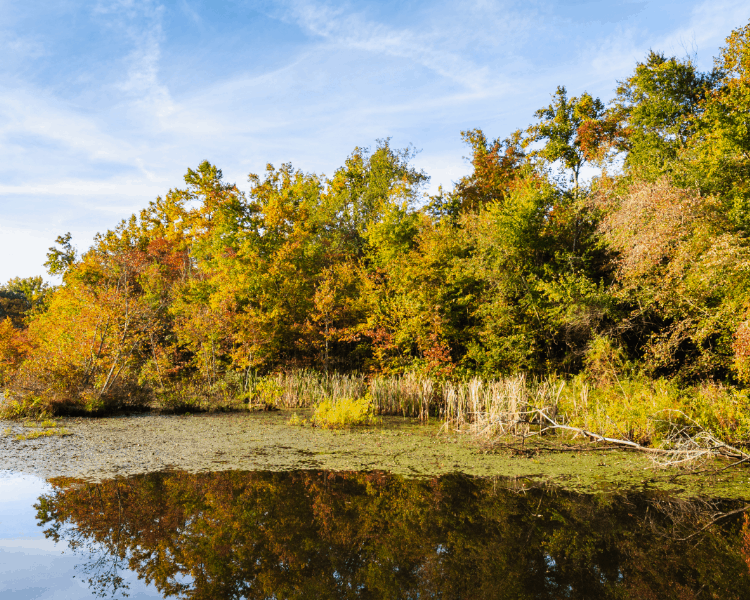 This national historical park which commemorates the 16th president of the United States of America is located at Lincoln Farm Rd, near Louisville, Kentucky. There are two different sites at the Abraham Lincoln Birth National Historical Park, which are usually open to the public.

One of the sites is the birthplace of the former president which is open from labor day to memorial day. There is a visitor center at this Lincoln birthplace unit with exhibits of Lincoln’s early life and also an audiovisual program that talks about his achievements. The second site located at Knob Creek is known as the boyhood home. There are lots of trails and picnic areas and this particular section is usually open all year round.

This Kentucky National Park is also popularly referred to as the Big South Fork, simply because it’s where the Cumberland river tributaries are preserved specifically in southeastern Kentucky and northeastern Tennessee.

The Big South Fork National River and Recreation Area span across 125,000 acres of land covering vast forest and gorges. There are also streams that cascade through the park, plenty of trails, and historic sites, indeed a spectacular destination for sightseeing. Alternatively, history buffs can ride on a train and visit the Blue Heron Mining Community, which was a former historical coal mining town.

Camp Nelson was officially named a national historic landmark in 2013 and by 2017, through President Trump’s administration, it was declared a national monument. This particular destination also has 15,000 graves and over 12,000 interments all on a 30.2-acre cemetery, administered by the US Department of Veterans Affairs.

This historical park spans over 20 miles covering over 20,000 acres with14,000 of it being total wilderness. Launched in 1940, Cumberland Gap National Historical Park has plateaus and trails leading to scenic locations in the park. Known as the meeting point of Kentucky, Tennessee, and Virginia, the Cumberland Gap route played a significant role during invasions of both Confederate and Union forces.

Tourists are welcome to explore the cascading waterfalls, amazing rock formations, and the expansive wilderness that traverses through the entire park. This historical park also has a national museum which is a short walking distance from the parking lot overlooking sections of three states.

Located at Fort Donelson Park Road, dover, Fort Donelson National Battlefield is an American Civil War site that preserves Fort Heiman and Fort Donelson. During this particular battlefield, the Union Army captured three confederate forts and ended up controlling the Union Navy, which was a major setback of the confederacy during the initial stage of the war.

The Fort has exhibits and national gift shops which are educational and also worth visiting. Fort Donelson National Battlefield is opened daily from 9:00 am to 4:00 pm. The tours on this National Battlefield are usually self-guided and are accessible by vehicle or on foot.

Covering 4,900 miles, Lewis and Clark National Historic Trail starts from Pittsburgh, Pennsylvania to the Columbia River in Oregon. It commemorates the 1804 to 1806 expedition which led Lewis and Clark across the Missouri River onto the Pacific Ocean through the Colombia river.

This historic trail takes about 3 to 4 weeks to travel depending on your mode of transport, and the various sites you intend to tour. Some of the popular activities you can indulge in include hiking, biking, and boating on the Missouri River. Alternatively, you can also go horseback riding as you explore the vast meadows and forests on the Lewis and Clark National Historic Trail.

Mammoth Cave National Park is known for having a wide range of karst biota. This particular park played a significant role for the Native Americans as it was where they mined precisely on the Cave’s upper three levels.

This national park has dark subterranean depths, green river valleys, and lush forests. Tourists visiting Mammoth Cave also get to learn more about the culture and history of Kentucky. Tours usually take around one to six hours with trails that range from beginner-friendly to difficult. Although a cave tour is the main attraction, visitors can also ride canoes, hike, bike, or sightsee.

This national monument is located in Wayne County on Lake Cumberland’s south shore about eight miles north of Monticello. It is famous for its 1862 battle of the Mill Springs which ended the Confederate defensive line, initially launched to secure the Kentucky allegiance while also defending the Upper south.

Some of the popular tourist activities include the Visitor Center and Museum showcasing exhibits of the Civil war. Alternatively, you can visit Zollicoffer Park or go on a driving tour having 10 stops each with large signs that highlight the history of Mill Springs Battlefield.

The Trail of Tears National Historic site commemorates the struggle the Cherokee went through when they were forcefully removed from their own land. It is estimated that nearly a quarter of the Cherokee died along this infamous trail. Today this Kentucky national park is a popular tourist destination with various programs, activities, and communities on this historic site.

There are numerous trails on this destination ideal for hiking. Alternatively, you can visit the River Raisin National Battlefield Park to learn more about the 1812 war which was one of the greatest defeats against the United States.