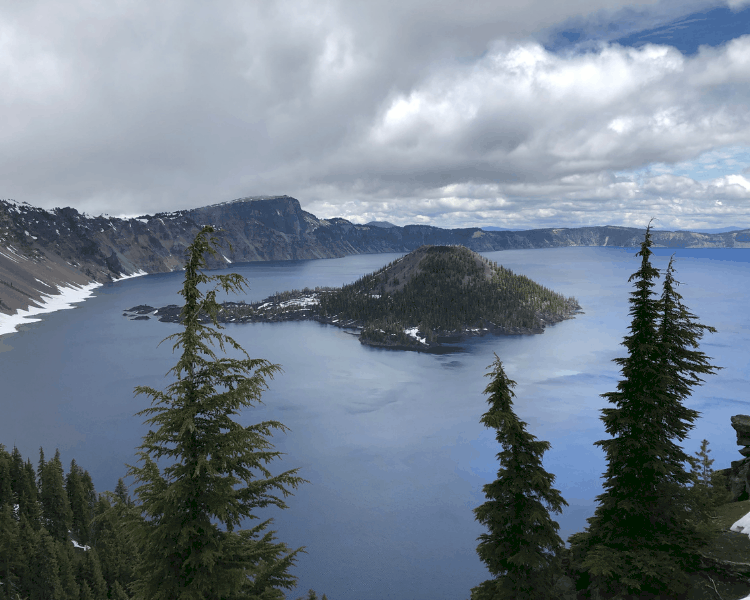 Lewis and Clark National Historic Trail is a 4900-mile route that stretches across 16 US states. The trail, which honors the Lewis and Clark Expedition, follows the route traveled by the explorers on their westbound journey. While this trail cannot be hiked, there are several activities for visitors to enjoy along the routes. The path includes over 1400 miles of water trails that visitors can canoe, and a 6000-mile auto route perfect for scenic drives. Guests can learn more about the explorers and their journey at the visitor center which holds several exhibits. The trail also encompasses 15 Indian Reservations inhabited by tribes that manage portions of the route.

The California National Historic Trail is a 5000-mile migrant route famous in American history for facilitating the migration of over 250,000 people to California during the Gold Rush. The trail saw heavy human traffic from the 1840s until 1869 when the transcontinental railroad was completed. Designated as a national historic trail in 1992, the entire trail which passes through 10 states, features more than 300 historic sites. Portions of the trail which can be seen in Oregon are known as the Applegate Cut-off. Visitors to the trail can participate in an auto tour, partake in educational programs, and learn more about the trail’s history at the visitor center.

The Oregon National Historic Trail is an over 2000-mile stretch used by migrants and traders throughout the 19th century. While a significant part of the trail lies within Oregon, the entire trail spans 6 states. Visitors can explore the trail at no cost but might have to pay to experience some of the historic sites and nearby interpretive installations. Depending on which part of the trail they’re visiting, guests can visit museums, ride on horseback, bike, and tour the trail on their own. However, as many parts of the trail are rugged, care should be taken when doing these activities.

Lewis and Clark National Historical Park is a 3000-acre park comprising several units in Oregon and Washington. Established in 2004, the park honors the 1803 to 1806 Corps of Discovery Expedition which saw explorers cross the western part of the US, reaching the Pacific Coast. The Park encompasses several sites relating to the journey, including a reconstructed Fort Clatsop, where the team camped on their return from the Pacific. Visitors can enjoy scenic coastal views and learn the history of native tribes originally inhabiting the area. The visitor center also holds a map that guides guests to the numerous landmarks present in the park.

Established in 1965, Nez Perce National Historical Park consists of 38 historical sites scattered across 4 states. The 4500-acre park, comprising the ancestral lands of the Nimiipuu people, pays homage to the history and culture of the tribe. The Nimiipuu are known for their courage and resistance in the face of the US government’s attempts to take over their native lands. Many of the sites are related to that resistance war while some preserve the routes the tribe took on their escape to Canada. Visitors can learn more about the history at the visitor center and view native artifacts at the museum. Entry to the park is free.

Established in 1975 and located at an elevation of 2,200 feet, John Day Fossil Beds National Monument is a 14000-acre, three-unit monument preserving plant and animal fossils from 50 million years ago. The area has been yielding fossils since mid 19th century, many of which can be seen at the museum and visitor center. In addition to the wide range of animals inhabiting the area, a major attraction for visitors is the Thomas Condon Paleontology Center which houses a theater, bookstore, and working lab that shed more light on the history of the fossils. The monument units, which visitors can explore at no cost, also feature hiking trails and picturesque drives.

Ice Age Floods National Geologic Trail is a series of marked routes documenting the effects of the Ice Age Floods that took place over 15000 years ago. The floods, resulting from the repeated bursting of a 2000 feet high ice dam, saw over 480 cubic miles of water sweeping across 16000 square miles of land at high speed. This process occurred more than 50 times over 2000 years and altered the surrounding terrain forever. Visitors can see several incredible natural formations, as well as visit museums and explore interpretive facilities to learn more about the floods’ history. Established in 2009, the trail is the first of its kind in the US.

Oregon Caves National Monument and Preserve is a 4,500-acre expanse in the southwestern part of Oregon. The caves, which are believed to have formed millions of years ago, were discovered in 1874 by an Oregon resident. The marble caves, totaling 15,000 feet, sport other-worldly patterns that are thought to have developed from thousands of years of acidic water flowing into the rocks. The monument itself is situated at an elevation of 4000 feet and features a six-story hotel. Visitors can participate in guided tours, camp out, and hike park trails. As the region is famous for its biodiversity, guests also have the opportunity of viewing several unique animal and plant species.

See also
5 Hotels in Murray Hill NYC For a Chill Stay in the City!

The 207-acre Fort Vancouver National Historic Site comprises two separate historic sites, one in Vancouver, Washington, and the other in Oregon City, Oregon. Located in an urban setting, the site commemorates several cultural landmarks. The Vancouver unit of the site which was a major fur-trading post and US Army facility in the 19th century houses the Pearson Air Museum, which pays homage to some of the earliest attempts at flight. The Oregon unit comprises the restored home of the “Father of Oregon”, John McLoughlin.  In addition to exploring museums and gift shops featuring archeological and native art exhibits, visitors can also learn more about the site at the visitor center via short films and special demonstrations.

Crater lake National Park, located in Klamath County, Oregon, was established in 1902 to preserve Crater Lake and the surrounding landscape. The over 180,000-acre park is the only one of its kind in Oregon and regularly sees more than half a million visitors. Crater Lake, the deepest lake in the USA, is thought to have formed following a volcanic eruption about 8,000 years ago. Visitors marvel at the brilliant blue of Crater Lake and the crystal clearness which lets them see a depth of about 100 feet. In addition to the over 90 miles of hiking trails accessible to visitors, the park also features abundant flora and fauna that make visiting in summer an incredible experience.