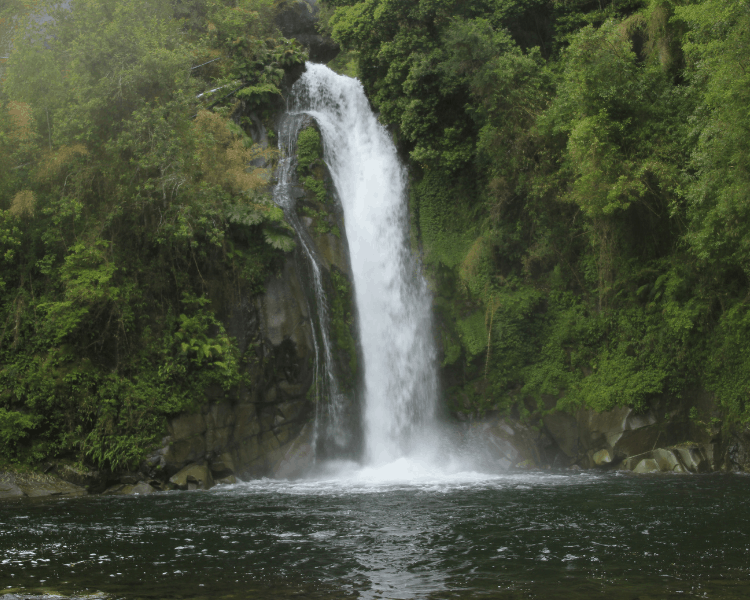 Pucon city is located in Chile’s lake district, locally known as Region Lagos. Pucon is undoubtedly the adventure hub for all Chilean travelers and locals given the plethora of adventures possible there. It is a great place to ski, snowboard, kayak, hike, bike, and for many other snow, water, and mountain related activities. Amongst the long list of things to do in Chile, visiting Pucon is a must for every traveler who loves the outdoors.

While traveling in South America, I spent almost 7-8 days in Pucon. But I still had so much left to do as after every tiring adventure I would hibernate for a day. So while choosing amongst the (below) places to see in Pucon and the activities to do, also keep in mind that you would need rest periods after strenuous days.

Apart from the adventurous nature of the town, Pucon has a rich history, too.

The first leather and timber German merchants arrived in Pucon in 1883. In 1904, the Chilean government gave the area on the north of lake Villarrica in Pucon to the north of river Toltén to some businessmen from Santiago. The businessmen arrived with 20 German immigrant families, and the Mapuche population was thus dispersed from the area.

Despite the trading, it was only in 1940 that the road between Villarrica(a nearby town) and Pucón was built. Soon, two small hotels and guest houses managed by the immigrant German families were opened in Pucon. Tourism was still low. But Pucón became the center of sportive fishing in Chile because of its rich water bodies. And due to heavy fishing in the area, coast routes around Pucon were paved and that laid the way for international tourism.

Let us look at some of the most fun things to do in Pucon.

Wherever you go in Pucon, the white Volcano Villarrica stands tall and can be seen from every corner of the city.

See also
Spend One Perfect Day in Valparaiso: Itinerary + How to Go from Santiago to Valparaiso in One Day!

The active Villarica Volcano is the reason why most travelers head to Pucon and then end up staying there for weeks. This 2847 meter high snow-laden volcano last erupted in March 2015. The Chilean geophysicists now have the volcano under strict observation. When there isn’t any eruptive activity in the volcano, hikers can climb to the top with a guided tour(you cannot hike this volcano on your own).

Many tour agencies conduct guided tours to the top and you can find them by walking around the main plaza of the town. Make sure the weather isn’t clouded or rainy else the tours will be canceled. Sometimes the hike keeps getting postponed so please have extra time on hand in case it takes the weather a few days to clear up.

Going up the Volcano Villarrica would be an arduous deal of about 5-6 hours but coming down would be more about sledding down the icy hill. You need to be decently fit to hike this one. And when at the top, you can peek into the mouth of the volcano and catch a glimpse of boiling lava(if you are lucky).

All the necessary equipment would be provided by the tour company so you don’t have to carry anything. Oh, the tour starts at 3:30 am so prepare to sleep early the previous day.

Chill around the Villarrica Lake

Villarrica lake is in the center of the town but it extends to a larger area. You can walk around the lake, see the sunsets on the lake, or take a kayak around it. There are many private properties around the lake so it is not always possible to reach a beach but you might get an empty/hidden spot to park your kayak and swim for a while. The Villarica volcano in the background would make for a beautiful swimming shot.

Pucon is surrounded by national parks but Huerquehue National Park is one of the most beautiful and accessible amongst those. Another reason why I loved Huerquehue Park is that it has all kinds of hikes ranging from short ones to full-day treks and even some multi-day trails fit for all amateur and advanced hikers.

Amongst the many trails, hiking up to Cerro Sebastian promised the most gorgeous views. From the top of Cerro Sebastian, you will get a good view of the city, the surrounding mountains, and obviously of the Volcano Villarrica.

Take the Carburgua bus from Uruguay Avenue to arrive at Huerquehue National Park. The bus will take you to the entrance of the park, costs 2000 pesos one-way, and take about 1 hour. The bus usually leaves at 8:30 am but do check the timings of the bus when you are traveling as the schedule might change as per the season. The winters are pretty harsh in the region.

Bonus tip: You can visit the Ojos del Caburgua waterfall on your way to the Huerquehue National Park.

The other parks of Pucon to hike through are Villarrica National Park and Santuario El Cañi park.

Pucon has been a white-river rafting hub for the longest time. The Trancura river of Pucon has all the different levels of rapids for expert rafters to the ones who are planning to raft for the first time.

This is another deep blue lake of Pucon which is known for its dark beaches and calm waters. You can take a bus or bike or hire a taxi to arrive at Caburgua lake as it is slightly out of town(30 km from the main square).

We sunbathed here on the beach(which can get pretty crowded), swam in an empty corner, and just played around on the dark sand beaches. You can also rent a canoe or a kayak here. Food stalls and souvenir shops are also plenty.

One thing to note is that the beaches are dark in color and some almost black due to volcanic activity. These dark-colored beaches get pretty hot when the sun is strong. Do carry sunscreen.

Keep a day aside for traveling to this lake if you want to have a laid-back visit.

Bonus tip: Other lakes to visit around Pucon are Colico lake and Calafquén Lake but they are a bit far to be traveled from Pucon.

Pucon is a clean town that may feel to someone like a European city for its proper roads and lines of restaurants, big supermarkets, bars, and cafes.

Similar to many other South American towns, free walking tours of Pucon starts from the Plaza de Armas. The starting time of the tour may change but you can always find the information on the plaza or at the tourist information center.

The guide will take you through the main points of the city, the historical spots, the lakefront, and would tell in detail the best places and eateries to visit around Pucon.

Do remember that even though the walking tours are marked as free a tip is expected at the end of the tour.

Skiing, Snowboarding, and other Snow activities

There are many ski resorts around Pucon, but Centro de Ski Pucon is just 17 kilometers away from the plaza and is well worth a visit if there is enough snow as per your time of visit.

You can also hire a bike from almost anywhere in Pucon and go around the area cycling. The nature of Pucon is overwhelming, to say the least, and spending about a week in Pucon would be ideal for those with limited time.

I was in Pucon in November end and the weather was just perfect then.

The best months to visit Pucon are from November to February for the weather during this time would be dry and sunny. May to August is the rainy season and also the coldest time of the year so avoid visiting Pucon during this interval.

Hope you like our guide to things to do in Pucon. Do tell us your favorite activity in the comments.

Priyanka Gupta is an itinerant writer from India who left her investment banking career to travel the world and write. She focuses on culturally immersive, offbeat travel while relishing local delicacies and never misses a chance to see wildlife. Priyanka always looks out for sustainable and local-community-driven offbeat experiences.

Priyanka reads, writes, and blogs full-time. In her free time, she can be found running, helping other travelers learn basic Spanish phrases needed to survive in the gorgeous South America or cooking the Burmese Mohinga.

You can read Priyanka’s best ideas and travel stories on her personal growth and travel blog On My Canvas(linked above). You can also follow Priyanka on Twitter, Facebook, and Instagram to get live updates of her journey.