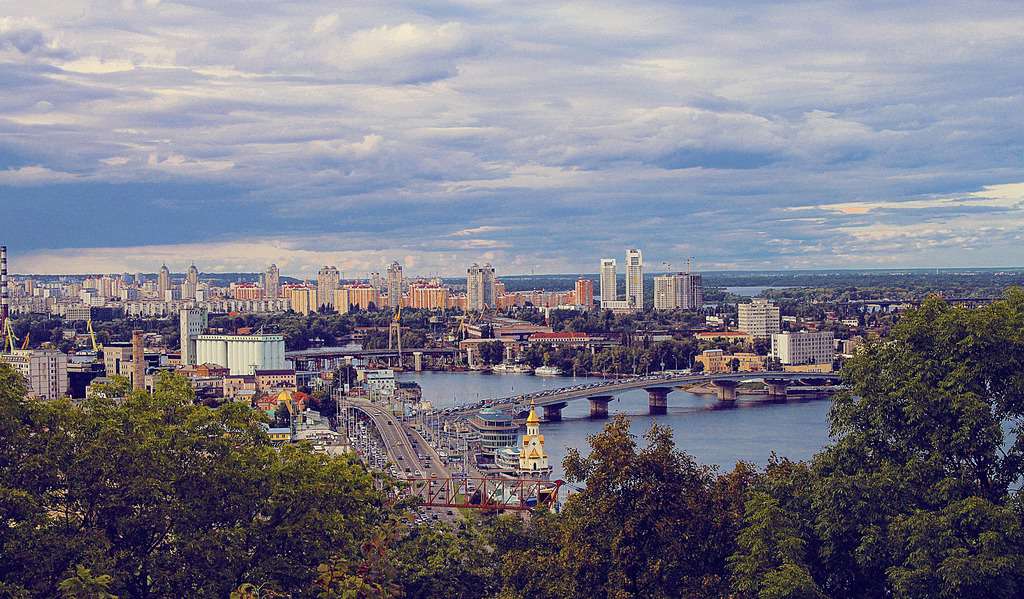 On today’s episode of the History Fangirl Podcast, we talk with renowned travel blogger Megan Starr, who has carved out a fascinating niche in the travel world as an expert in the post-Soviet countries, particularly Ukraine. As Megan tells me, Kiev is a city that has been conquered and taken over and claimed so many times across its history, its own culture reflects those who have occupied the city in the past. We talk about Ukraine’s struggle for independence, why it’s in the news recently in both the East and the West, and where and how to travel to this fascinating city.

Ukraine became independent from Russia in 1917, but that independence didn’t last long. Five years later the Soviet Union took it over. And then in the early 1930s, the Ukrainians suffered a terrible famine, which some believe was created by the Soviet policies. The Great Famine, as it was known, resulted in somewhere between 7 and 10 million ethnic Ukrainians dying. Many historians believe the famine was “man-made,” with Stalin orchestrating it to quell a Ukrainian independence movement.

See also
What happened at Chernobyl?

[bctt tweet=”The Great Famine of Kiev: One of the worst genocides in modern #history. #HistoryFanGirl” via=”no”]

Ukrainian Independence and the Orange Revolution

After the collapse of the Soviet Union, Ukraine was still besieged with political unrest. President Leonid Kuchma was caught on tape ordering the arrest of a journalist. Massive protests broke out around the country, and in the next presidential election, there was a run-off vote between candidates Viktor Yushchenko and Viktor Yanukovych, the latter being Kuchma’s candidate. Yanukovych won, but the results were seen as rigged, and a re-vote was held which found Yushchenko as the winner. Yanukovych actually won the presidential election in 2010. But while the Orange Revolution was bloodless, a new uprising began in 2013 called Euromaidan. The protests were massive, and around one hundred people died. The result was Yanukovych fled the country. He was later removed by the Ukrainian parliament in 2014. And Megan has traveled Ukraine before and after Euromaidan, and has some great insights into how it’s changed the country.

After Yanukovych left, Russia made a move into Crimea, which sparked international outrage, and which has yet to resolve itself. As Megan says, the scene there is bleak, and there have been a lot of deaths in the conflict, but not a lot of people in the West even realize that Russia and Ukraine are technically still at war. As Megan says, every Ukrainian she knows has someone in their life who has died in the war. It’s a very tenuous situation, and one that reaches far beyond Crimea, even into American politics.

[bctt tweet=”Digging into how #history and current events collide in Kiev. #HistoryFanGirl” username=””]

Despite all of the recent conflicts and political instability, Kiev and Ukraine is a beautiful place to visit, and few know it better as a traveler than Megan. You do have to be careful with how you travel there, and Megan does a great job walking us through what to see and where to go. But as Megan says, the majority of Ukraine is safe to travel through. As Megan says, Kiev is her favorite city to visit, and it gives her butterflies every time she’s in the airplane on the way there.

Pin This for Your Trip to Ukraine