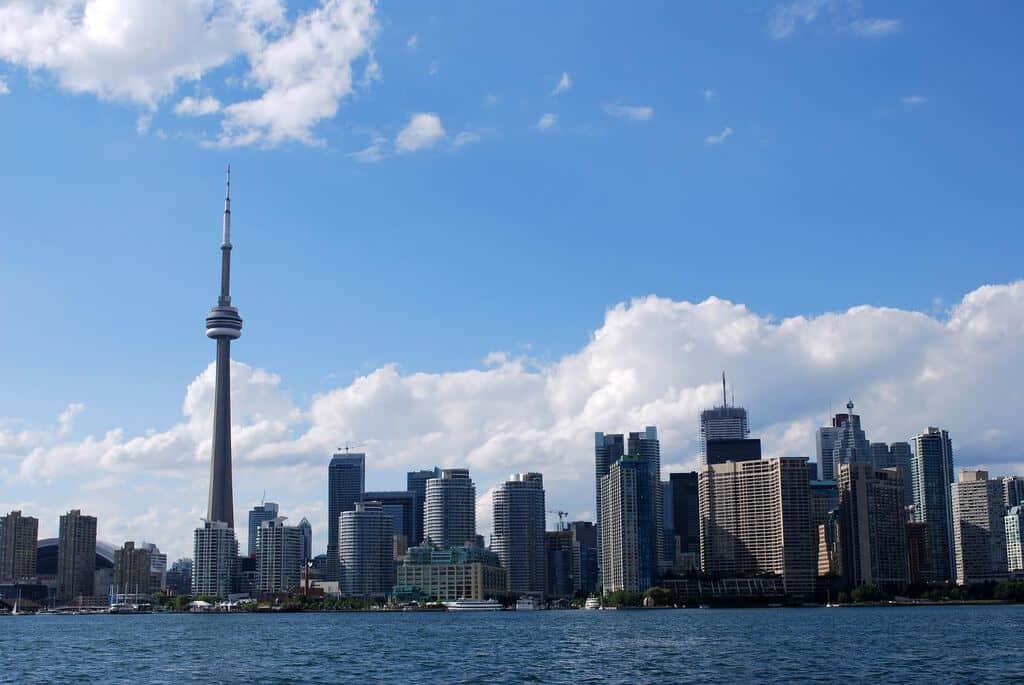 Every city has that one landmark that seems like a tourist trap and practically begs you not to visit. For me, that was the CN Tower in Toronto. I didn’t go near it the first time I visited the city, and the second time, this past July, I planned to steer clear. But it turns out the joke was on me, as the CN Tower is an amazing building with a funny, competitive and ingenious bit of Canadian history. It also happens to be one of the most romantic places in Toronto.

My guest today is Christopher Mitchell, who not only knows a lot about Toronto’s landmark, but is also the co-host of our new podcast, Rick Steves Over Brunch. This is a really fun episode and so Canadian you may find yourself reaching for a hockey stick afterwards.

How the CN Tower came to be

In the late 1960s and early 1970s, Toronto was growing rapidly, but the skyscrapers that were going up were all about the same height. This began messing with the communications of the city, so lawmakers decided to build something that would literally tower above the skyscrapers to allow reception through. And, as Chris says, they said, “While we’re at it, why don’t we build the largest free-standing structure on the planet?” And so they did, thumbing their noses at America in the process.

Why the Green Book was necessary

Construction of the tower began in 1973, and once they had the functional structure down, they realized they had something that could become a true tourist destination. So they added the iconic structure on the top with the restaurant and the observation tower in 1974. A helicopter, famously named Olga, placed the needle on the top, and on April 2, 1975, the project is complete. On June 26, 1976 the top of the tower is opened to the public, and now it’s visited by somewhere between 1.5 and 2 million people a year.

Modern changes to the tower

The one place where Chris and I diverge is whether either of us would do the CN Tower’s “Edge Walk,” where visitors can walk, hands-free, around the top of the tower (while harnessed to the building, of course). It’s a popular new adventure for visitors, and if you’re a thrill-seeker, it’s worth checking out. We also talk about the enormous complex that has risen around the tower, which includes the Rogers Centre, where the Toronto Blue Jays play. We also take a very necessary side trip through what exactly constitutes Canadian cuisine (based on whether the restaurant at the top of the Tower is worth the high prices).

What else to see in Toronto

As Chris tells me, Toronto is massive, comprising 20% of Canada’s total population. Some of his suggestions for where to go in Toronto: Visit the incredible Chinatown, which is close to the CN Tower. He also recommends Kensington Market, one of the city’s hipper neighborhoods (and a good destination for anyone interested in weed tourism), and Queen Street West. He also makes a pitch to catch a Blue Jays game thanks to the incredible views if the dome is open. But be forewarned: The product on the field is, as he says, “mediocre at best.”

2 thoughts on “The Strangely Competitive History of the CN Tower”