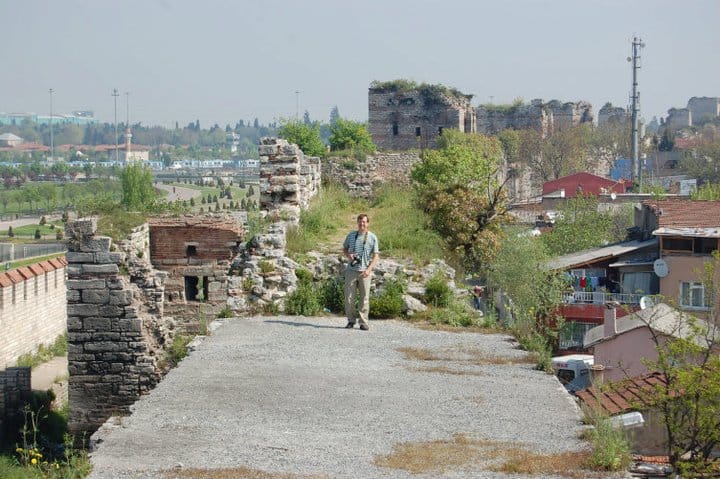 Listen to the Episode “The Walls of Constantinople”

Patrick Wyman is a historian and podcaster I hold in great regard and I’ve invited him on the show today to discuss the history and prominence of the great Walls of Constantinople and the role they’ve played in the history of the city of Constantinople, now modern day Istanbul. This was a fun conversation where we got to talk not only about the walls themselves but also the history surrounding why they became necessary, which world powers have made attempts to destroy them by laying siege to the city, and what finally happened to the walls through the course of time.

When the capital of Rome moved to Constantinople, defensive measures had to be taken.

For many years the city of Rome was the jewel of the empire, but as the eastern portion of the empire became more and more powerful and influential, it became clear that the center of commerce and culture had moved east. Constantine built the city of Constantinople, obviously naming it after himself and the capital of the Roman empire was moved. The city became a hotbed of political power and cultural diversity as a major trade route and defensive measures had to be taken to protect the city from outside forces, namely the Huns. Theodosius II lead the effort to build the walls initially and they were the paragon of Roman engineering and defensive capabilities in their day. Patrick Wyman joins me on this episode to discuss the history and importance of the walls of Constantinople.

The threat of Attila and his Huns was enough to prompt the building of the walls of Constantinople.

Attila the Hun was one of the most dominant warlords in all of human history. His forces laid waste to countless fortified cities all across Asia and Eastern Europe and the threat his armies posed prompted the building of the Walls of Constantinople. The walls were an engineering marvel, essentially making the city impregnable as they made use of the city’s location overlooking the water. Patrick Wyman tells how the pressure brought by the Huns motivated Theodosius II to begin the building of the walls and how their strength protected the city for many years, in this episode.

The Walls of Constantinople enabled the city to endure long after the Roman empire was fading.

The Roman empire had already been divided and many of its fortified cities destroyed by the time the city of Constantinople was in any serious danger from outside forces. Many attempts had been made but none successful. People who lived inside the city may have felt little impact when outside forces attacked simply because the walls made it so secure. But eventually the Muslim forces attacking during the crusades were able to break through and take the city – but their leaders immediately began rebuilding the walls, knowing the strategic advantage they provided. Today the walls are hardly visible and modern tour guides don’t think them worth pointing out, but their historical significance can’t be understated.

How did the walls of Constantinople finally disappear?

There is a bit of mystery concerning what eventually happened to cause the mighty walls of Constantinople to diminish to the rubble they are today. There is little historical record as to what happened to the walls, but my guest on this episode, Patrick Wyman believes the city simply outgrew the walls, their usefulness became less important, and they had to be removed. You can hear our entire conversation about these amazing walls and their impact on the region, on this episode of The History Fangirl. 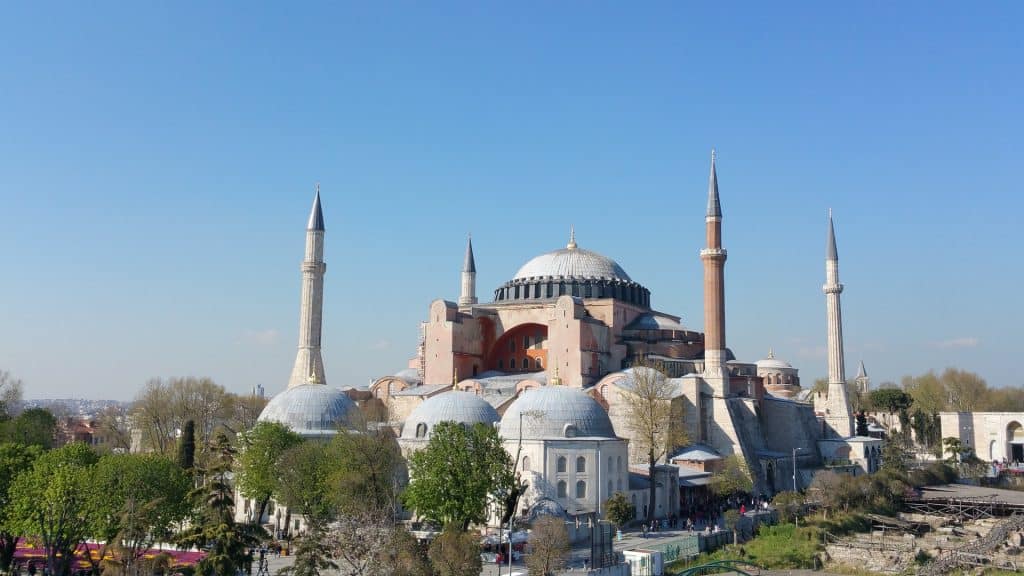 The prize for this week is a $20 Amazon gift card. To enter, simply be a newsletter subscriber and leave a comment on this blog post

[bctt tweet=”When the capital of #Rome moved to #Constantinople, defensive measures had to be taken @Patrick_Wyman” username=””]

2 thoughts on “The Walls of Constantinople”