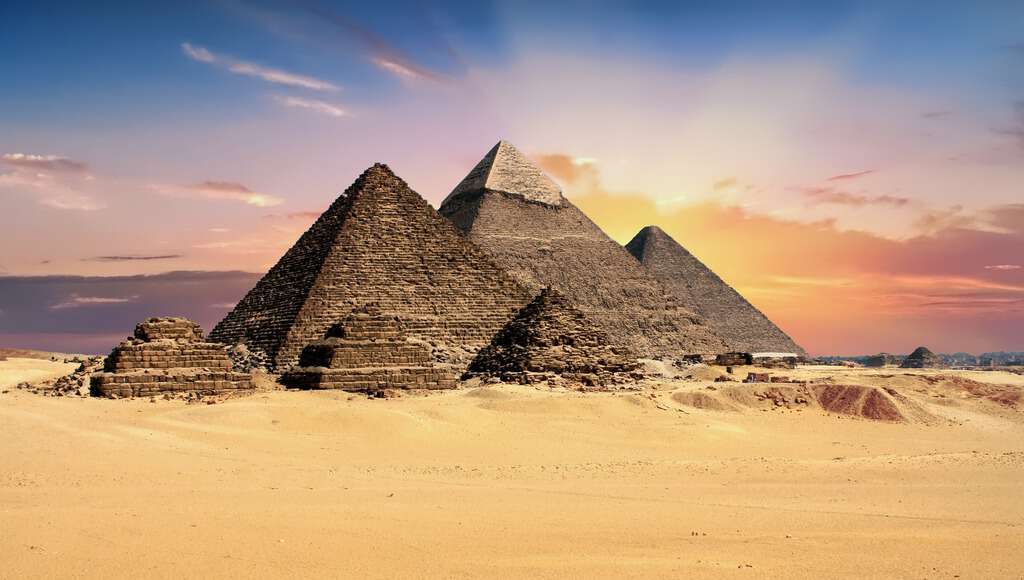 There really is nothing better than the combination of travel and history. There is so much to see and to learn about when you visit historical sites – so much more than you could ever learn in a book or online. However, does that mean that they’re all worth visiting? Here’s my take on the wonders of the ancient world.

All pyramids are impressive, but the Great Pyramid of Giza especially so, as it’s the largest of all, at around 455 feet tall and 755 long. The fact that it’s still standing after so many years is incredible and you’re able to enter inside the pyramid and see a Sarcophagus, so it really is worth a visit to see such a breathtaking feat of architecture and history.  Egypt is one of the countries that is high on my bucket list. I’m just waiting to visit until I have a little spare cash to spend to really do it up right!

According to the legends, Babylonian King Nebuchadnezzar built his homesick wife incredible tiered gardens full of hanging trees and beautiful plants, in an area that was completely arid, and therefore required a complex (especially for the time!) irrigation system.

Now all that remains are some ruins of the palace and some of the city walls, and there is a lot of evidence to suggest that the gardens either never existed at all, or were in a different area. At its height, it would have been worth a visit, but now there isn’t much to see. Although I’d still love to visit one day.

Statue of Zeus at Olympia, Greece

This enormous shrine to the Greek God, Zeus, stood at around 40 ft and was made of wood, ivory, and gold-plating. Sadly, it was destroyed in 5th century AD by a fire, and remains of the workshop where it was created were discovered during an excavation in the 1950s. The statue is no longer, but the site is still worth visiting as you can see the ruins of the temple and the stadium at the site has been restored for visitors. If you decide to visit Greece, I have an entire website devoted to Balkan travel, including an article on planning a trip to Greece.

Temple of Artemis at Ephesus

If you have seen pictures of the enormous Temple of Artemis, you will know that it was originally around four times larger than the Parthenon in Athens and a beautiful place of worship to the Greek Goddess, Artemis. What you might not know is that now it consists of little more than a lone 11m column. That’s not to say that it isn’t magical, of course; it’s still the site of something incredible that survived floods and fire. However, don’t go expecting to see much more than a reconstructed column.

Built around 250 BC, the Mausoleum at Halicarnassus was created as a tomb for the City King, Mausolus. Standing at 140 feet high and made of white marble, the tomb was heavily damaged in 13th century AD by earthquakes, and then finally destroyed in 1522 by Crusaders.

A lot of the materials were ground into lime to create plaster, and it wasn’t until 1846 that some parts of the building were discovered by archaeologist Charles Thomas Newton. If you want to see parts of this wonder, it may be better to head to the Mausoleum Room at the British Museum to see some of the art in real life.

This 110ft bronze and iron statue stands on a 50ft pedestal and was actually the basis for the modern Statue of Liberty. Built between 292-280 BC to commemorate the victory and freedom of the people of Rhodes, the Colossus of Rhodes collapsed in 226 BC due to an earthquake – the undoing of many of the wonders.

It is thought that in the 7th century AD, when the Arabs conquered Rhodes, they took away the parts of the statue that had been lying for years and sold them as scrap metal. Of course, you can’t see anything from the statue there now, (although there are two pillars with goats on them…!) but many say the harbor is still nice to see.

Planning to visit Rhodes? I have an entire list of things to do in Rhodes on my Balkan travel website, Sofia Adventures.

Unlike modern lighthouses, this incredible Egyptian lighthouse used a combination of mirrors and fire to give off light to guide sailors home back in 250 BC. A series of three earthquakes destroyed it across many years, and so the lighthouse is long gone. However, the area is still popular with visitors, as long as you know what to expect.  If you want to visit what is left, you can go scuba diving in the ruins!

The Secret Traveller blog, from 1Cover, has a whole list of disappointing tourist attractions (like the Eiffel Tower!), but luckily, none of these feature on it.

So what are you waiting for? Grab your guidebooks and your passport and get exploring the past! Have you visited any of these places? Let me know what you thought.