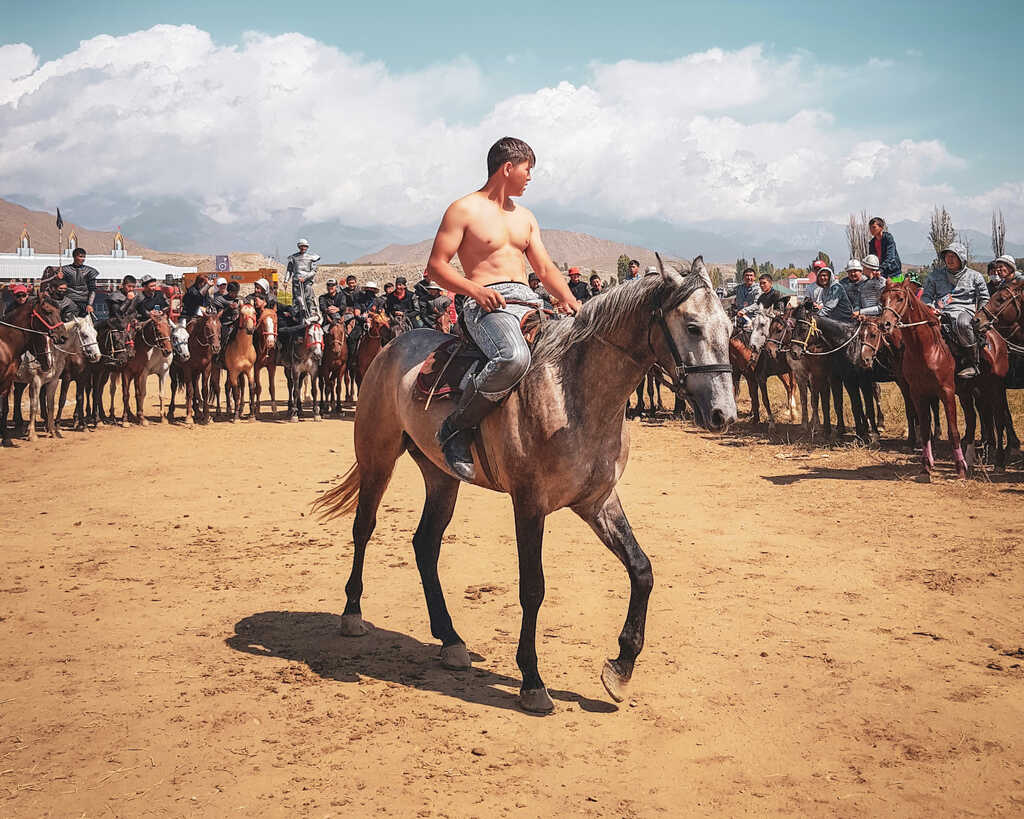 This week’s episode is something a little different. I am in Isyk-Kul, Kyrgyzstan, covering the World Nomad Games, a festival of sports that’s sort of like the Olympics for nomadic peoples. The sports, though, are way more interesting than, say, basketball. My first interview this episode is with the co-captain of the American Kok Boru team (I’ll explain later), and the sports include horse archery, tug of war, arm wrestling and more. I have a whole slew of interviews in this week’s episode, and next week we’ll dive into what makes these games so special, and what importance the history of this event has to the people who play in it.

My first interview is with Garrett, the co-captain of the U.S.’s Kok Boru team, who describes playing in these games as a “wild ride.” Kok Boru is the national sport of Kyrgyzstan and translates to the Blue Wolf. As Garrett says, it’s not a game, it’s “one of the most intense competitions” you could ever take part in. As he says, it’s essentially rugby on horseback, but it dates back centuries in Kyrgyzstan and stems from a time when men would chase away wolves who were attacking livestock, and pick up the wolves and toss them from one horse to the other. So yeah, a little different than baseball.

One of the many things that distinguish the World Nomad Games from the Olympics is that it includes intellectual games. Imagine if chess was in the Olympics, that’s the place that the Turkish game of Mangala (mancala in the U.S.) holds in the World Nomad Games. As the competitor I interviewed said, he was drawn to the sport because he could sit down. I also had the opportunity to speak with the president of the Turkish horse archery federation.

See also
How to Get to Big Almaty Lake by Taxi

One of the American teams I was able to interview were a man and woman who compete in mas wrestling, a sort of tug-of-war competition between two people who grasp a stick and try to pull their opponent over a board. I also was able to chat with Kyle, a Peace Corps volunteer in Kyrgyzstan, about the cultural traditions of the country. One of the fascinating aspects of the culture that Kyle mentioned is that younger men must approach an older gentleman they encounter and introduce themselves, as a sign of respect. I also got to speak with Ashley, another Peace Corps volunteer, who is actually Kyle’s teammate on the American arm-wrestling team.

We Are the World (Nomad Games)

The World Nomad Games are an incredible experience, filled with unbelievable characters (as you can tell from my interviews) from all across the country. Whether it’s the Scottish caber tosser who’s skeptical of Americans’ tartans or the Pakistani representative calling for World Peace, it’s an amazing competition. Make sure you tune in next week as we dig into the history of the games.

1 thought on “The World Nomad Games”