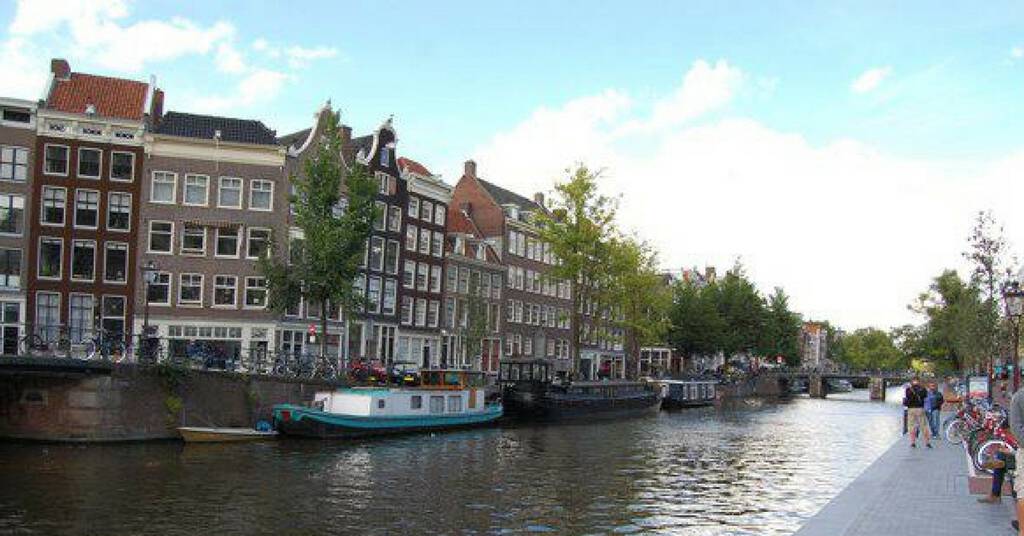 Fun Experiment: throw a mediocre, grainy, poorly composed photograph of the Amsterdam Canals up on Instagram. Then post a gorgeous, perfectly composed photo of the coolest landmark in any other city.

I’d bet you $20 the Amsterdam photo will do better. Maybe even twice as good.

I’ve been to Amsterdam twice, once in September 2012 and my last visit was to Amsterdam in winter. I could easily go back once a year or more for the rest of my life.

The first time, I really got into Amsterdam. I ate so much cheese. I took a canal tour and drank Heineken until I nearly vomited and walked around the Red Light District (in the daytime cause I’m a lady).

I cried in the Anne Frank House, walked the Jordaan, contemplated the Tulip Market Bubble of the 17th century, and stared at the Potato Eaters for fifteen minutes just to take it all in.

I was such a good tourist.

When I went back this year did I pick up where I left off? Finally, see the Rijksmuseum or check out the Defense Line?

I slept off my jet lag, caught up on work, and ate waffles. SO MANY WAFFLES. And then on the third morning, I moved to Sofia.

Like Budapest, the area under the auspices of UNESCO covers a huge part of the city. Luckily for me though, it’s really on the houses and canal system, whereas Budapest includes every building on a freaking riverbank.

The Amsterdam Canal District illustrates exemplary hydraulic and urban planning on a large scale through the entirely artificial creation of a large-scale port city. The gabled facades are characteristic of this middle-class environment, and the dwellings bear witness both to the city’s enrichment through maritime trade and the development of a humanist and tolerant culture linked to the Calvinist Reformation. In the 17th and 18th centuries, Amsterdam was seen as the realization of the ideal city that was used as a reference urban model for numerous projects for new cities around the world.

Amsterdam is well-connected to the rest of Europe by rail, and the Schipol International Airport has flights all over Europe and direct flights from the US. Simply walking around the canal area will give you a good understanding of how marvelously crazy a city dug out of the sea is, but I would recommend a canal tour to get a better understanding.

You can get out of the city and explore a bit further afield if you have the time. There are great day trips you can take to tulip fields, windmills, and even a Fortress Island Pampus Island, part of another UNESCO World Heritage Site!