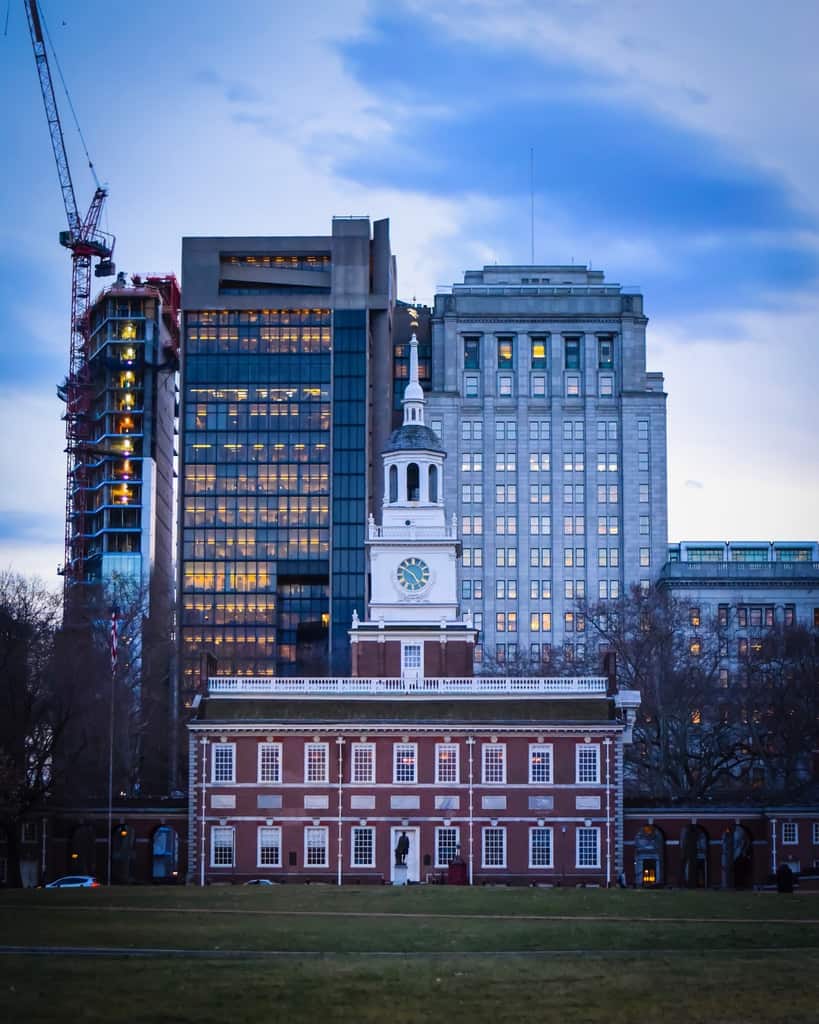 “We hold these truths to be self-evident, that all men are created equal, that they are endowed by their Creator with certain unalienable Rights, that among these are Life, Liberty and the pursuit of Happiness.

That to secure these rights, Governments are instituted among Men, deriving their just powers from the consent of the governed, That whenever any Form of Government becomes destructive of these ends, it is the Right of the People to alter or to abolish it, and to institute new Government, laying its foundation on such principles and organizing its powers in such form, as to them shall seem most likely to effect their Safety and Happiness.”

-The Declaration of Independence

I first visited Independence Hall when my mother and little bro came to visit me in Philadelphia in 2007. I moved to Philly after graduating from the University of Kansas to join Teach For America, spending two years teaching math to middle school and high school students in Philadelphia.

Moving to Philly was exciting. I picked it blindly, and I fell in love with its blend of history, attitude, arrogance, inferiority complex, architecture, food culture, and dependence on Wawa.

When my family came to visit for the first time, I was really excited to show off my new home to my family. And of course, to do that thing we end up doing so often-only indulging in tourist sites when people come to visit. So even though I lived in the city for a decade, I only went inside Independence Hall twice-during this family visit and again last week when I was back visiting the city to catch up with friends.

The first time, it was a snowy, blistery cold March. This year, it was a balmy January that one could easily have confused for early April.

Independence Hall is one of the most significant buildings in American history. It’s where the Declaration of Independence and the Constitution were debated and signed. Originally known as the Pennsylvania State House, it housed the three branches of the colonial government of Pennsylvania.

Independence Hall is built in the Georgian style and took twenty-one years to complete. Today the building looks beautiful, but small compared to other government buildings. However, according to USHistory.org, it was a significant architectural work during it’s time:

“Construction of the Pennsylvania State House, which came to be known as Independence Hall, began in 1732. It was a symbol of the nation to come. At the time it was the most ambitious public building in the thirteen colonies.”

The Declaration of Independence was adopted and the Constitution of the United States of America framed in this fine early 18th-century building in Philadelphia. These events, which took place respectively in 1776 and 1787, were conceived in a national context, but the universal principles of freedom and democracy set forth in these two documents have had a profound impact on lawmakers and political thinkers around the world. They became the models for similar charters of other nations, and may be considered to have heralded the modern era of government.

I stayed in a Rittenhouse Square hotel and walked about ten blocks. Philadelphia is a very walkable city, with its interior laid out on a grid (thanks William Penn!). Independence Hall is also easily accessible from the 5th Street stop on the Market-Frankford subway line. Here are directions from the National Parks Service covering driving directions and public transit.

Entry is free. From March-December, you need to pick up a timed entry ticket from the Independence Visitor Center or online (reserving online is $1.50 per person). In January and February, you do not need a ticket, you can go in and wait in line for the next timed tour.