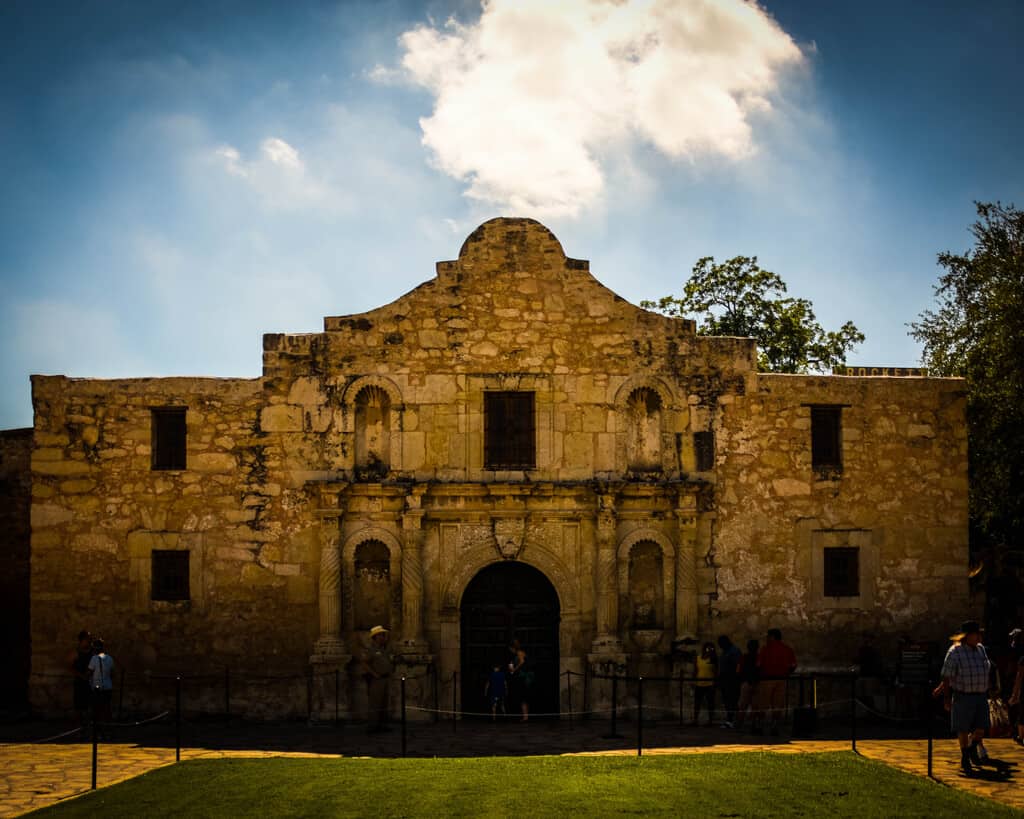 Traveling to the San Antonio Missions

You may not recognize the UNESCO World Heritage Site called the San Antonio Missions by name, but I guarantee you’ve heard of the most famous of the five missions that make up this site. Mission San Antonio de Valero is one of the most well-known and well-traveled buildings in the United States, although most know it by the name “The Alamo.”  Although it wasn’t inscribed on the World Heritage List until 2015, it was the first UNESCO World Heritage Site I visited.  My family went over two decades ago when I went as a little girl on a road trip from Oklahoma.

I have fond memories of that trip. I also have a hazy recollection of doing a book report on one of the Battle of the Alamo’s only survivors, Susanna Dickinson.

I went back this year to see the Alamo again and check out the rest of the missions.  I was able to see them on my way to a family vacation in Corpus Christi, Texas, stopping for a night in San Antonio on my way. I was surprised how easy it was to rent a car and see all five of the missions in a relatively short amount of time.

About the San Antonio Missions

The UNESCO World Heritage List inscribed five missions and a ranch as a single site. The components are:

The site encompasses a group of five frontier mission complexes situated along a stretch of the San Antonio River basin in southern Texas, as well as a ranch located 37 kilometres to the south…The complexes were built by Franciscan missionaries in the 18th century and illustrate the Spanish Crown’s efforts to colonize, evangelize and defend the northern frontier of New Spain. The San Antonio Missions are also an example of the interweaving of Spanish and Coahuiltecan cultures, illustrated by a variety of features, including the decorative elements of churches, which combine Catholic symbols with indigenous designs inspired by nature.

Touring the sites, I found revisiting the history of the Texas Revolution and the Alamo’s role to be moving and emotional, but the real highlight of my day was getting out to the other missions. The architectural beauty of the other four missions far outshines the Alamo. With each mission, the crowd thinned, so whereas I was standing in a fifteen-minute line to get into the Alamo, I saw only one other person at my final stop at Mission Espada.

The UNESCO Site deals with the Spanish colonial history of the place and skips over the Alamo’s unique military role in American history. Like Monticello‘s oddly ahistorical description, the oversight here is due to America’s description when submitting the site. However, it doesn’t take anything away from the actual visit, which is full of Alamo history. I would stipulate that to see this UNESCO site though truly, one needs to venture beyond the Alamo to at least one of the other missions.

How to Get to the San Antonio Missions

The Alamo is in the middle of downtown San Antonio. Each of the other four missions is a quick drive from there. Starting at the Alamo and going south, you’ll encounter Concepcion next, then San Jose, then San Juan Capistrano, and finally Mission Espada. I was not able to get out to the ranch, but the distance (over 35 km) means that if you want to include it, you’ll need a car. If it’s a beautiful day, you can technically hike all five missions, although I drove because it was mid-August and almost one hundred degrees Fahrenheit.