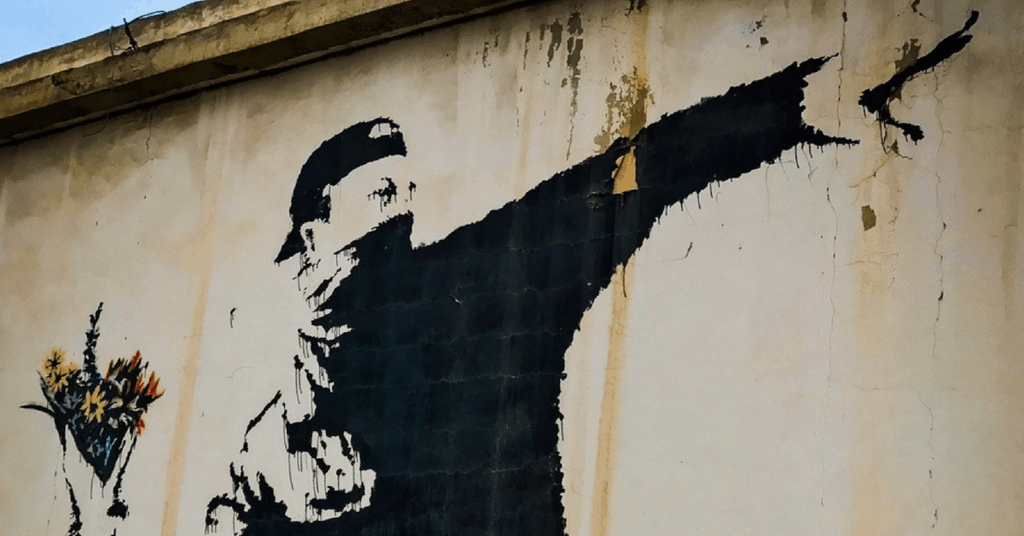 Listen to the Episode “The West Bank Separation Wall”

The West Bank Separation Wall has not been as famously identified to those who live in other parts of the world as the Berlin Wall was, but it’s just as obvious a reminder of the history of hostility and tension that exist in the West Bank. It’s a dividing wall that cuts through the landscape, separating Palestine from Israel and has a very long and complicated history. In this episode I chat with Tamer Halaseh of Tamer Tours about the West Bank Separation Wall, why he includes it and related sites on his tours of the area, and about tourism in the West Bank in general. It’s a fascinating conversation that dispels many of the myths about the area.

Can you imagine living with an enormous, unsightly wall running through your neighborhood?

Palestinian and Israeli people who live in or near the West Bank are continually reminded of the history of conflict that has divided the two people groups by the presence of The West Bank Dividing Wall. You don’t get the full impact the wall has on the area until you are there to see it for yourself. When I visited the area I was told about the history and situation in the West Bank by my tour guide, Tamer Halaseh and felt that his knowledge and understanding of the situation merited me inviting him to share with you on the podcast. This episode is a small taste of what I experienced through my visit and my time learning from Tamer. It should provide you with insight into the situation there that you won’t hear otherwise.

It’s easy to take sides in the Israeli-Palestinian conflict without knowing the facts.

When I visited Israel and the West Bank I was able to get to know the feeling of the land and the culture on both sides of the divide. Initially I thought I was more interested in learning the history of Palestine and seeing some of Israel and Palestine’s UNESCO Sites, but I quickly realized that I was falling in love with modern Palestine, too. My tour guide, Tamer Halaseh was instrumental in me gaining an understanding of the grievances each side in the conflict has had with the other, from a historical perspective. It’s not as easy as making a snap judgment based on initial perceptions and with the continued actions taken in the situation, it gets more complicated all the time. You can hear some of the things I learned from Tamer on this episode and begin your own journey toward understanding.

The West Bank Separation Wall is a thorn in the midst of a beautiful land.

It’s painful for me to remember the ominous feeling of the massive wall that winds its way through an otherwise beautiful landscape. It’s a constant reminder of tension – but Tamer tells me it also serves to remind the people of the West Bank that they must learn to move on, to live in happiness and strength in spite of the presence of the wall and all that it represents. His attitude is an example of the resilient and resourceful people of the area and shows how they endure in spite of a history of conflict. You’ll enjoy getting to know Tamer on this episode.

What is it like for Westerners to visit the West Bank?

There are many things you hear about the West Bank when preparing to visit that are either misinformed or no longer relevant. You do need to have your passport with you at all times but it’s not an oppressive experience at all. There are a rich culture and historical experience awaiting anyone who wants to visit and it is not dangerous as you may be led to believe. In this conversation, you’ll learn how tourism is thriving in the area and how people like Tamer, my guest on this episode, are making the industry both safe and enriching for those who visit. In addition, new attractions like Banksy’s Walled Off Hotel are helping tourists find new ways to connect with the West Bank. I hope you’ll listen and learn along with me.

[bctt tweet=”What is it like for #Westerners to visit the #WestBank?” username=””]

Sponsor for this Episode:

Don’t forget to click on the ad to the right (bottom on mobile) to get the offer from this week’s sponsor: Audible.

[bctt tweet=”Can you imagine living with an enormous, #unsightly wall running through your neighborhood?” username=””]