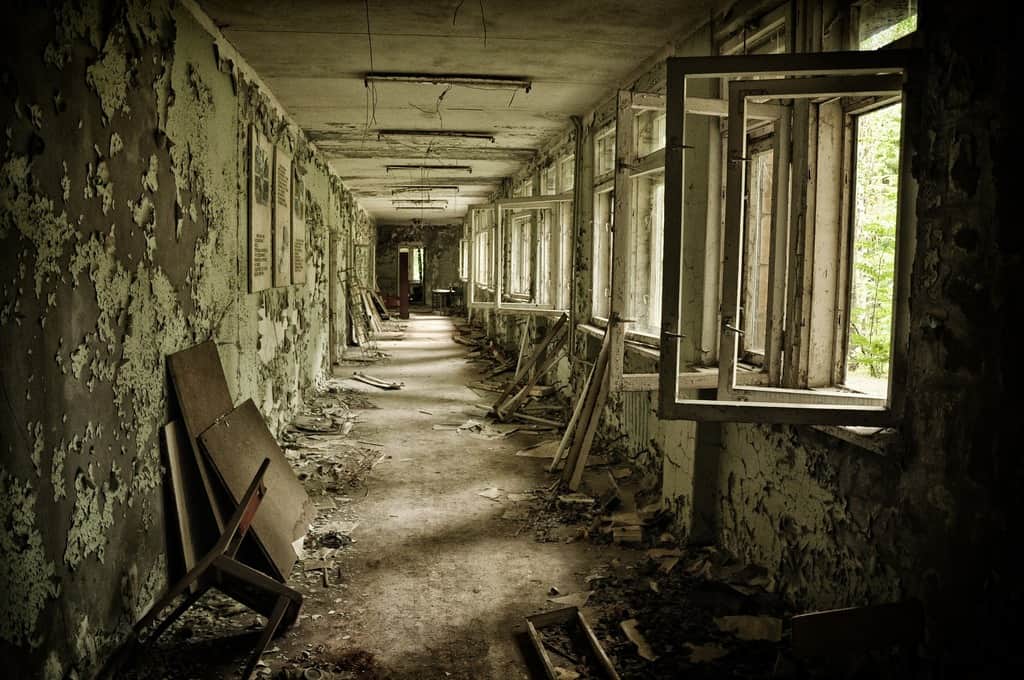 On today’s episode of the History Fangirl Podcast, we talk with a woman on a quest to visit every country on the planet, Jessica Elliott of How Dare She. And this week, Jessica and I talk about Chernobyl, a word that signifies a place, a devastating catastrophe, and a cultural moment that has resonated long after the explosion of the nuclear power plant there. We talk about the early days of Chernobyl, the small city of Pripyat, and of course the infamous meltdown. Jessica has a journalists’ ear for both truth-telling and storytelling, and I think you’re really going to find this week’s episode fascinating.

[bctt tweet=”This week on the #HistoryFanGirl #podcast, I’m talking with @jess_ismore about what led to and what happpened after #Chernobyl.” via=”no”]

The Town of Pripyat

Much like the way mining towns popped up in America to house workers who went down into the mines Pripyat was essentially built to house the people who worked on the Chernobyl power plant. Kiev was 90 miles from the plant, but Pripyat was only two, and both the town and the plant were constructed in 1970. As Jessica and I discuss, the town was full of optimism as families moved there for the economic opportunity surrounding this new technology of nuclear power. Of course, in hindsight, it’s a place that was filled with optimism but suffered greatly in the end, but it was very much a boomtown, a rare thing in the Soviet Union of the time.

Read:  Chernobyl Today: 30 Pictures that Show What Life is like at Chernobyl Now

[bctt tweet=”So fascinating discussing the origins of #Chernobyl and the town of Pripyat with @jess_ismore. #HistoryFanGirl” username=””]

When the plant melted down, there still tragically still wasn’t a good understanding of what that meant. As Jessica tells me, people talked of the threat of the meltdown as an “invisible enemy.” In other words the radiation wasn’t something like an enemy army or airplane coming at the townspeople, which led to a lot of people ignoring the first warnings and evacuation orders. But as Jessica tells me on this week’s episode, the catastrophe was the result of bad design, bad safety measures and bad operations. She tells us how poor handling of a test led to a power surge, which then led to steam literally blowing the lid off of a reactor at about 1:30am. That caused a fire, and that fire then burns for 10 days. And that was one of the most tragic aspects of the meltdown: The effort to put out the fire led to pouring water on the facility, which caused more damage, and led to a lot of distraction: The fire seemed to be the problem, rather than the radiation.

[bctt tweet=”Find out how the Soviet Union and Europe fought against “the invisible enemy” after the #Chernobyl disaster. #HistoryFanGirl” username=””]

Once authorities grasped the seriousness of the situation, the focus became stopping a second explosion. And as Jessica tells me, the reason they needed to stop that second explosion was because it would render essentially all of Europe uninhabitable. And another explosion wasn’t hypothetical there was literal magma sliding toward water they had thrown on the fire from the first event, and if the magma touched the water, the steam would build up and cause the second boom. So they sent in 10,000 miners to dig, but it was so hot in there the miners wore no protective gear. It had become both a localized disaster and an international one, as high levels of radiation suddenly begins to be noticed in Sweden and other Nordic countries. But it was 10 days until any international help was allowed to come into Ukraine.

[bctt tweet=”It took 10 days before there was international help to contain the #Chernobyl disaster. Listen to @jess_ismore and I discuss why on this week’s #HistoryFanGirl #podcast.” via=”no”]

Chernobyl as a tourism destination

One of the strangest things about Chernobyl is that it’s now a tourism destination. You have to get approved to go there, but it is a place to visit and is opened up specifically for visitors. As Jessica told me, it was opened for tourists in 2011, though after some bureaucratic wrestling it was shut down again until 2013. But why do people go there? As Jessica says, there’s been a rise in “dark tourism,” where people visit to see where some of the most tragic moments in history happened. But it’s also a “wild” place, as Jessica says, where you see not only decaying buildings but how nature has taken it over. This is a really fascinating conversation about one of the most unique travel destinations in the heart of one of the late 20th century’s great tragedies.

Read: 10 Things to Know Before You Book Your Chernobyl Tour

[bctt tweet=”Travel tips for visiting #Chernobyl and the rise of “dark tourism.” Listen to my chat with @jess_ismore! #HistoryFanGirl” username=””]

Pin This For Your Trip to Ukraine