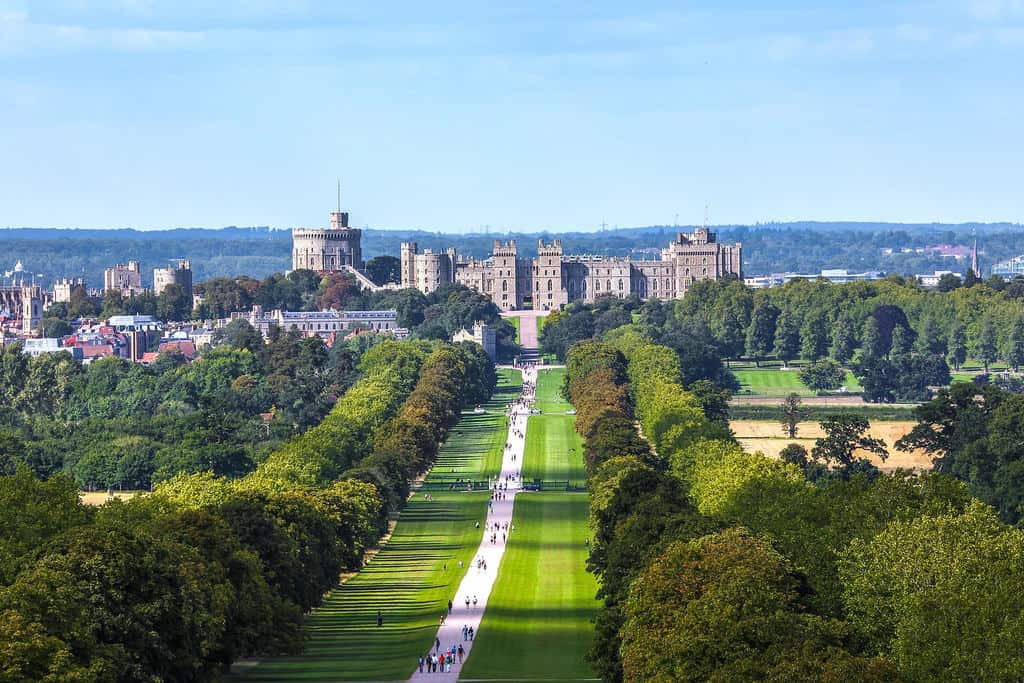 England’s Windsor Castle has been home to 39 British monarchs, with its history stretching back nearly 1,000 years to William the Conqueror. My guest today is Deborah Cadbury, the author of Queen Victoria’s Matchmaking: The Royal Marriages That Shaped Europe, among many other books. We chat about the illustrious history of the castle, what historical events took place within its walls, and what it was like to do research in the Windsor Castle archives. British history buffs will not want to miss this episode.

Windsor and William the Conqueror

Windsor Castle is one of the most important castles near London and the oldest occupied castle in the world, but it’s even more than that. As Deborah tells me in this episode of History Fan Girl, the grounds of Windsor Castle are 13 acres, so it has the feel of a town. But it’s also a private residence and a window into 1,000 years of British history. It was originally picked by Saxon kings as a fortress, but in the 11th century, William the Conqueror chose it as one of nine castles to form a defensive ring outside of London. And it was chosen because of its elevation, its close proximity to the Thames, and just a day’s march from the Tower of London. It started out as a very simple design, with the round tower at the heart of the castle being one of the very first structures erected.

See also
London or Berlin: Which European Capital is Right for You?

The Royal Archives of Windsor Castle

Anyone who loves history can appreciate the excitement in Deborah’s voice when she describes visiting the Windsor Archives. You have to, of course, first get permission to view the archives, and then you go right into the heart of the castle, climbing 200 stone steps to, as she said, “another world.” The first time she was granted permission, she was researching King George VI’s experience in World War II. And having those diaries from the king opened up the royal family to the historian in a whole new way. Deborah shares some fascinating insights into the monarchy but also shares the enthralling process of the historian at work.

From William the Conqueror to King Edward

The stories Deborah has researched in Windsor Castle could fill a book (in fact, they’ve filled several of her books). When I ask her about events that have taken place in the castle, she speaks of King Edward abdicating the throne, Queen Victoria falling in love, and King Albert passing away. She told me about how William the Conqueror began building the castle, but his grandson made it into the stone structure it is now. But perhaps no event is more significant than the signing of the Magna Carta, which happened with Windsor Castle as the backdrop. And when you’re talking about 1,000 years of British history, you know there’s a lot more going on than that, and Deborah is an amazing storyteller to revel in that drama.

If you can’t climb the 200 steps to view the Royal Archives, the next best thing is listening to a wonderful historian like Deborah spin tales of Britain’s history. In addition to all of the stories that unfolded within Windsor’s walls, she gave us a sense of what architectural highlights to look for should you visit, like the dollhouse and St. George’s Chapel. (If you haven’t seen this dollhouse before, it’s breathtaking! It certainly isn’t like the ones we have today made from dollhouse kits!)

See also
London Packing List: What to Pack for London for All Seasons

We also discuss Queen Victoria’s legendary matchmaking skills, and Deborah’s beautiful book. If you love British history, or have binged your way through The Crown on Netflix and are suffering withdrawals, you need to listen to this episode.

Pin This For Your Trip to England