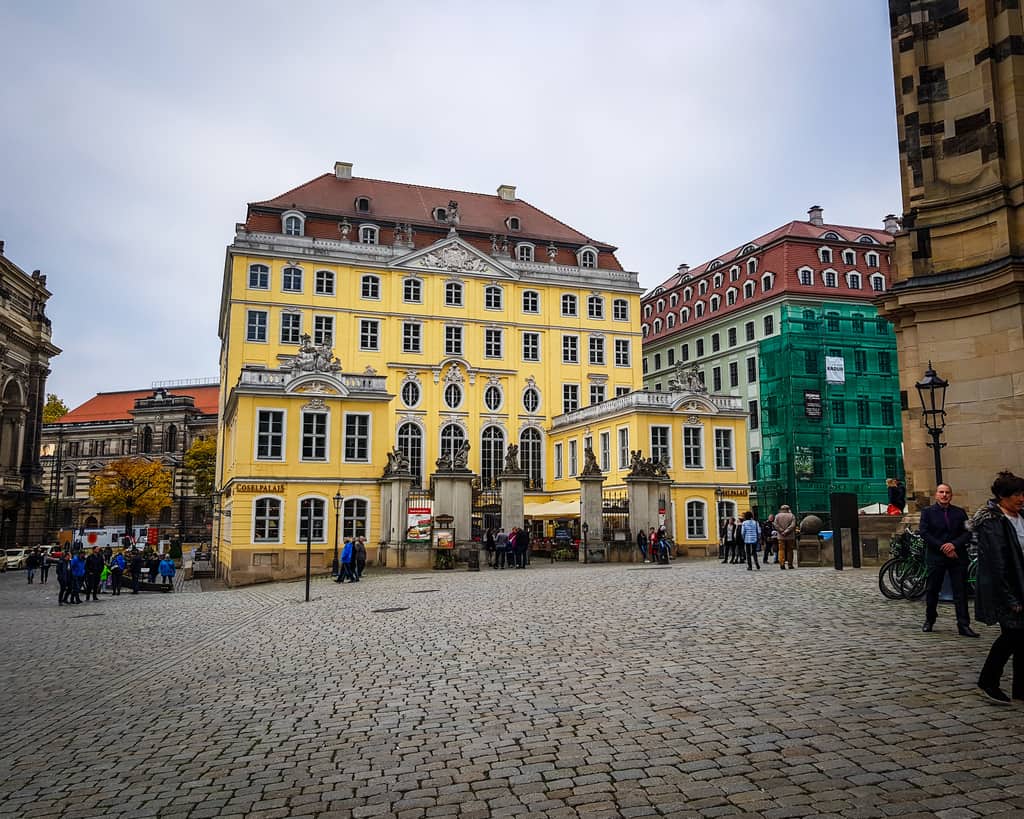 The attack on Dresden, which was overflowing with refugees, on February 13th 1945 caused around 250,000 dead.–Konrad Adenauer

When I look back on the townscapes now, they do seem to me to recall certain images of the destruction of Dresden during the war.–Gerhard Richter

We went to Denmark twice and Germany and also to the Canary Isles one year. I remember once when we were playing Dresden in Germany.–Dixie Dean

Over the years, people I’ve met have often asked me what I’m working on, and I’ve usually replied that the main thing was a book about Dresden.–Kurt Vonnegut

At Dresden on the Elbe, that handsome city, Where straw hats, verses, and cigars are made, They’ve built (it well may make us feel afraid,) A music club and music warehouse pretty.–Heinrich Heine

Where was that fragile, golden-fair Dresden doll I used to be? Gone.Gone like porcelain turned into steel-made into someone who wouldalways get what she wanted, no matter who or what stood in her way.–V.C. Andrews

For us the Dresden Dolls were porcelain dolls that were made in that city at the time, that is what they were to us, and also a reference in Slaughterhouse 5 by Kurt Vonnegut, and in a song by The Fall.–Brian Viglione

The city was blacked out because bombers might come, so Billy didn’t get to see Dresden do one of the most cheerful things a city can do when the sun goes down, which is to wink its lights on one by one.–Kurt Vonnegut

My favorite band at the moment is the Dresden Dolls, they’re from Boston. It’s a guy and a girl. She plays piano and he plays the drums and she also sings. You can find them on the web they’re incredible.–Gerard Way

I saw the destruction of Dresden. I saw the city before and then came out of an air-raid shelter and saw it afterward, and certainly one response was laughter. God knows, that’s the soul seeking some relief.–Kurt Vonnegut

I remember reports that the American and English newspapers were very happy about the fact that so many were killed in Dresden. There are many instances of barbarity and cruelty on the part of the Allies which I could tell you.–Julius Streicher

The Islamic method of waging war is not to kill innocent civilians, but it was Christians in World War II who bombed innocent civilians in Dresden and dropped the nuclear bomb on Hiroshima, neither of which were military targets.–Feisal Abdul Rauf

Dresden? There is not such a place any longer.” “I want to point out, that besides Essen, we never actually considered any particular industrial sites as targets. The destruction of industrial sites always was some sort of bonus for us. Our real targets always were the inner cities.–Sir Arthur Harris, 1st Baronet

I was not an anthropology student prior to the war. I took it up as part of a personal readjustment following some bewildering experiences as an infantryman and later as a prisoner of war in Dresden, Germany. The science of the Study of Man has been extremely satisfactory from that personal standpoint.–Kurt Vonnegut

My theory is that Kurt had a lot of residual pain from his childhood. And when you pile that on top of his experience in World War II – he was in Dresden when it was bombed and saw a city annihilated. When you combine those two things, my impression of Kurt Vonnegut at 84 was that he was a very pained and haunted man.–Charles J. Shields

David Irving has consistenly applied an evidential double standard, demanding absolute documentary proof to convict the Germans (as when he sought to show that Hitler was not responsible for the Holocaust), while relying on circumstantial evidence to condemn the British (as in his account of the Allied bombing of Dresden).–David Cannadine

I originally came from Dresden, where Socialist Realism prevailed. Konrad Lueg and I came up with it, for the most part ironically, since I now live in capitalism. It was certainly ‘realism’, but in another form – the capitalist form, as it were. It wasn’t meant that seriously. It was more a slogan for that particular Happening at a furniture store.–Gerhard Richter

I did not know much history when I became a bombardier in the U.S. Air Force in World War II. Only after the War did I see that we, like the Nazis, had committed atrocities… Hiroshima, Nagasaki, Dresden, my own bombing missions. And when I studied history after the War, I learned from reading on my own, not from my university classes, about the history of U.S. expansion and imperialism.–Howard Zinn

It feels a little silly to annotate a game in which I didn’t make a single move on my own, just following my preparation all the way. […] A pretty finale. I was obviously hoping for the beauty prize sacrificing both my rooks and all, but OK, Im [sic] afraid requirements are one makes a move of his own for that it seems. Something I could avoid doing in the last five rounds in Dresden. Silly game, this chess.–Jan Gustafsson

There is no question in my mind that we live in one of the truly bestial centuries in human history. There are plenty of signposts for the future historian, and what do they say? They say ‘Auschwitz’ and ‘Dresden’ and ‘Hiroshima’ and ‘Vietnam’ and ‘Napalm.’ For many years we all woke up to the daily body count on the radio. And if there were a way to kill people with the B Minor Mass, the Pentagon-Madison Avenue axis would have found it.–Erwin Chargaff

MR. KHARIS: ‘Does Mr. Celine seriously suggest that the United States Government is in need of a guardian?’ MR. CELINE: ‘I am merely offering a way out for your client. Any private individual with a record of such incessant murder and robbery would be glad to cop an insanity plea. Do you insist that your client was in full possession of its reason at Wounded Knee? At Hiroshima? At Dresden?’ JUSTICE IMMHOTEP: ‘You become facetious, Mr. Celine.’ MR. CELINE: ‘I have never been more serious.–Robert Anton Wilson

See also
21 Things to Know Before Traveling to Germany: Tips & Advice for First-Timers

During the First World War, I told her, Hitler had been a runner, delivering messages between the German trenches, and he was disgusted by seeing his fellow soldiers visit French brothels. To keep the Aryan bloodlines pure,and prevent the spread of venereal disease, he commissioned an inflatable doll that Nazi troops could take into battle. Hitler himself designed the dolls to have blond hair and large breasts. The Allied firebombing of Dresden destroyed the factory before the dolls could ever go into wide distribution.–Chuck Palahniuk

It seems to me that the moment has come when the question of bombing of German cities simply for the sake of increasing the terror, though under other pretexts, should be reviewed. Otherwise we shall come into control of an utterly ruined land . . . The destruction of Dresden remains a serious query against the conduct of Allied bombing . . . I feel the need for more precise concentration upon military objectives, such as oil and communications behind the immediate battle-zone, rather than on mere acts of terror and wanton destruction, however impressive.–Winston Churchill

In all times and in all places–in Constantinople, northwestern Zambia, Victorian England, Sparta, Arabia, . . . medieval France,Babylonia, . . . Carthage, Mahenjo-Daro, Patagonia, Kyushu, . . . Dresden–the time span between childhood and adulthood, however fleeting or prolonged, has been associated with the acquisition of virtue as it is differently defined in each society. A child may be good and morally obedient, but only in the process of arriving at womanhood or manhood does a human being become capable of virtue–that is, the qualities of mind and body that realize society’s ideals.–Louise J. Kaplan