Looking for the best quotes about Las Vegas? The Entertainment Capital of the World has inspired some hilarious and beautiful quotes. So whether you’re looking for travel inspiration or Las Vegas Instagram captions, here are my favorite Las Vegas quotes!

Here are my favorite travel quotes about Las Vegas and funny Vegas quotes.

The reason you should go to Las Vegas is because, for only the second time, the second time, ever, they have rebuilt Sodom and Gomorrah. It’s back!! And you have the opportunity to see it before it turns to salt. -Lewis Black

Las Vegas is the only place I know where money really talks–it says, “Goodbye.” -Frank Sinatra

Las Vegas is like being inside of trashy-fun snow globe. -Linette Lopez

I like the Eiffel Tower in Las Vegas more than the actual one. -David LaChapelle

And the desert shall reclaim, it’s wealth! –Danikelii

Las Vegas is a society of armed masturbators/gambling is the kicker here/s** is extra/weird trip for high rollers … house-whores for winners, hand jobs for the bad luck crowd. -Hunter S. Thompson

Las Vegas is a feast or famine kind of city. -Kevin Raiford

Vegas must be a great town for Laundromats. Nobody lives there, everybody is just passing through, leaving a little bit of dirt. -John Updike

Seriously, why tour the world when all you have to do is visit Las Vegas and see all the highlights in one location? -Jeff Macguire

READ
The Birthplace of "Gone with the Wind"

Las Vegas without Wayne Newton is like Disneyland without Mickey Mouse. -Merv Griffin

What happens in Vegas stays in Vegas, but the 400-pound woman perched in front of a slot machine, oozing bum-flesh off her stool as she balanced a cocktail and cigarette in one hand and robotically tugged the slot arm with the other… that’s still with me. -Brian Sack

Las Vegas is a city of kickbacks. A desert city of greased palms. A place where a $20 bill can buy approval, a $100 bill adulation and $1,000 canonization. -Nicholas Pileggi

Las Vegas was like that. There was a visceral attraction here. The bold promise of money and s**

. But the first was a broken promise, a mirage, and the second was fraught with danger, expense, physical and mental risk. It was where the real gambling took place in this town. -Michael Connelly

Las Vegas is a resort whose two chief sources of income are seven and eleven. -Evan Esar

Any other town you go to there’s this little devil and a little angel on your shoulder. A little good advice, a little bad advice. You go to Las Vegas, there’s like a devil and a devil and they’re just battling it out the whole time. It’s like, “Smoke some crack!” “Get a hooker!” And then I go, “YEA! Yea, this is a good town. Smoke some crack and get a hooker! Alright!” -Billy Burr

Vegas is the most extreme and allegorical of American settlements, bizarre and beautiful in its venality and in its devotion to immediate gratification. -Joan Didion

No one thinks Las Vegas is real; it is illusion, but visitors willingly suspend disbelief and pretend. -Hal Rothman

For a loser, Vegas is the meanest town on earth. -Hunter S. Thompson

I shouldn’t be near Vegas and have money in my pocket. -Adam Sandler

Vegas is a city built on over-expectation. The whole, largely unspoken, theme of the place is that if you have money, you’re going to have a much better time than those other guys, and you can make sure to be seen spending it, which must simply make you a better person. -Paul Sculpher

Las Vegas was and is a hard town that will make you pay for your inability to restrain your desires…. If you have a weakness, Las Vegas will punish you. -Hal Rothman

It shouldn’t come as a shock that Las Vegas has a dark side. A secret about the valley — which really isn’t much of a secret if you can decode the messages behind the overly s**ualized billboards. -Sandy Lopez

Vegas embodies every brash, joyous cliché about the U.S. that the rest of the world hopes might be true. -Mark Ellwood

Vegas is purposefully constructed as a self-enclosed and isolated biosphere, sort of what a recreational colony built on the moon might be like. -Marc Cooper

While I was busy hating Vegas and hiding from Vegas, a funny thing happened. I grew to love Vegas. -J.R. Moehringer

Las Vegas: It was not a cafe society, it was a Nescafe society. -Noel Coward

In Vegas, the veneer of glamor was bright but thin. You didn’t have to look that hard to see the darker realities that lurked beneath the surface. –Rob Thomas

I love how they’re trying to bring culture to Vegas. Like the art museums. The Bellagio had an art museum. I get a kick out of that. C’mon. Where else in the world but Vegas could you stand in front of a Picasso with a bucket of nickels? -Ray Romano

Boy, you get greedy in Vegas. -Louie Anderson

In a city of illusion, where change is what the city does, it’s no wonder Las Vegas is the court of last resort, the last place to start over, to reinvent yourself in the same way that the city does, time after time. For some it works, for some, it doesn’t, but they keep coming and trying. -Hal Rothman

If you aim to leave Las Vegas with a small fortune, go there with a large one. -Anonymous

The view from the window, particularly if you enjoy neon, is extraordinary. –Chris Bachelder

Las Vegas is like that, a place that resonates in such a way that wouldn’t know if the place is real. -Ian Astbury

Many a man who goes to Las Vegas to get away from it all soon finds that Las Vegas gets it all away from him. -Evan Esar

I have a confession, and it’s one that often startles my travel-savvy friends: Las Vegas is one of my favorite places in the world. I adore every marabou-trimmed, neon-lit inch of a place whose patron saint should be Liberace. -Mark Ellwood

Las Vegas is sort of like how God would do it if he had money. -Steve Wynn

There’s really only one constant in Las Vegas and that’s change. -Travis Hoium

Everyone is a bender away from oblivion. Jonathan Heatt

Las Vegas: all the amenities of modern society in a habitat unfit to grow a tomato. -Jason Love

Las Vegas suggests that the thirst for places, for cities and gardens and wilderness, is unslaked, that people will still seek out the experience of wandering about in the open air to examine the architecture, the spectacles, and the stuff for sale, will still hanker after surprises and strangers. –Rebecca Solnit

The secret of Vegas is that money is boring. Hence all the bluster. -Jace Clayton

5 Things to Pack for Your Trip to Las Vegas 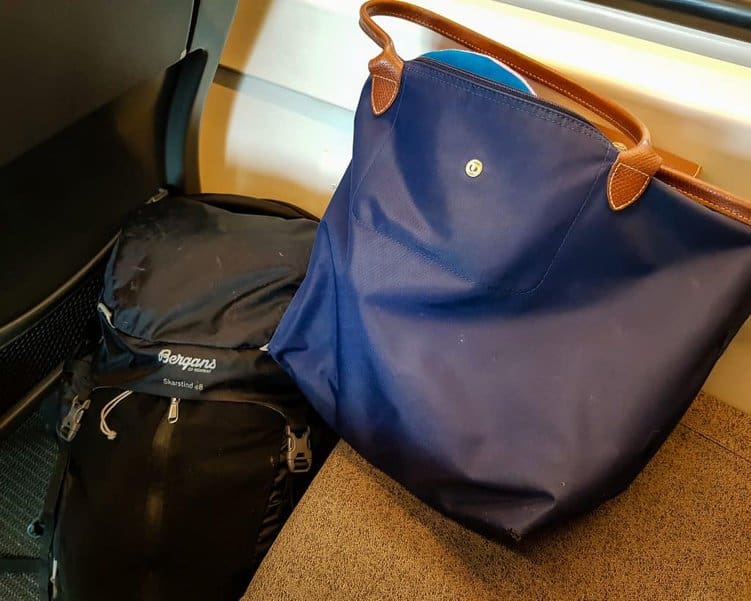 The Lonely Planet Southwest USA guidebook. It can be kind of a pain to find the major guidebooks once you land, or you’ll find them overpriced. I always like to pick mine up ahead of time.

A Camera since Las Vegas is super photogenic. I use a mix of my Nikon D810 and my  Samsung8 smartphone these days.

A Great Day Bag so you can carry what you need with you (like your camera, snacks, water, sunscreen, cash, etc). My current favorite is the Pacsafe Citysafe, which is especially great for Las Vegas because it has many anti-theft features designed to deter pickpockets. It also transitions to a night bag more easily and won’t embarrass you if you go to dinner directly after sightseeing all day.

Headed to Nevada? Check out these hilarious Las Vegas puns before your trip.

Before you leave for Las Vegas make sure you have a valid Travel Insurance Policy because accidents happen on the road. I pay for World Nomads, and I happily recommend them. It’s especially important to get travel insurance if you’ll be hanging out in big cities where tourists can be the victims of pickpockets.